Here Comes the Real Impact of the Government Shutdown

Here Comes the Real Impact of the Government Shutdown (YahooFinance)

After a little more than two weeks, the U.S. government got back to the business of running the country. Unfortunately, what it may really be running is itself in circles, as nothing has been resolved. In fact, if anything, kicking the can down the road again has only set the country up for an even bigger challenge come Feb. 7, 2015, when the latest stop-gap measure comes to an end. In the interim, about the only tangible result to the stoppage was that Americans expect to spend about 40 percent less during the upcoming holiday season. For investors though, the reality of the harm done by the shutdown is already apparent, as the dollar continues to take a beating and corporate earnings are coming in lower than expected. Get ready for more of the same until the government really takes a stand on debt in 2014. 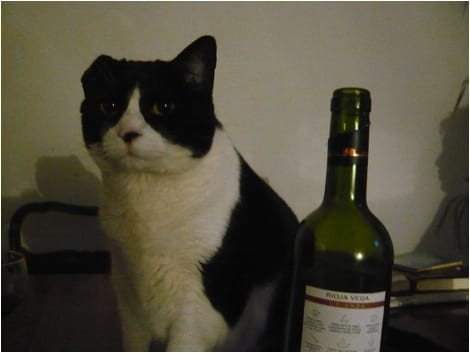 For the Cat Owner Who Wants It All

Japanese specialty drink manufacturer B&H has set out to capture a brand new niche for its company: the non-alcoholic wine market for cats.