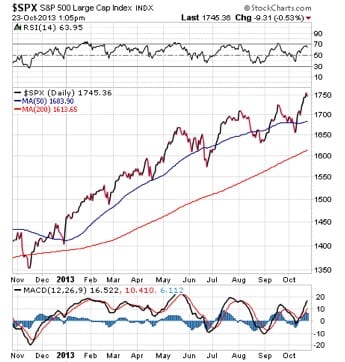 The government shutdown and the debt ceiling are off the minds of traders, at least for another few months. Now the markets can turn to more fundamental factors such as earnings, jobs and Gross Domestic Product (GDP). Well, at least that’s what many would like to think is moving the markets.

What many people think, including me, is that the markets are being driven largely by the “Yellen destiny,” meaning that the smart money is betting that Fed Chair nominee and current Vice Chair of the Federal Reserve, Janet Yellen, will be even more aggressive than her predecessor when it comes to stepping in to try to spur economic growth.

In some economic circles, the theory is that Yellen may actually increase the Fed’s current bond-buying scheme, also known as quantitative easing, or QE, rather than “taper” QE as Mr. Bernanke alluded to in May.

If we believe certain voices on Wall Street, Goldman Sachs for example, then basically all that’s holding up the markets is “multiple expansion,” which is essentially a euphemism for the Fed’s quantitative easing (QE).

According to Goldman’s David Kostin, the S&P 500’s 20%-plus, year-to-date return has been driven almost entirely by price-to-earnings (P/E) ratio multiple expansion rather than higher earnings.

How long can this rising market scenario last without any real fundamental underpinnings? What will happen to markets if and when a tapering of QE finally takes place?

We’ll all likely find out at some point next year, but until then look for this market to continue being driven by QE — and the Yellen destiny.

Equities are going straight up next year, and the stock market is reminiscent of the roaring ‘20s.

That’s what MarketWatch columnist Paul Farrell wrote in his latest piece, and if you haven’t read it yet, it’s definitely worth a few minutes of your time. I say that not because I agree with Farrell, although he does make several good points about how the Fed and Janet Yellen will be intent on keeping the QE spigot open.

The reason I think this article is worth reading is because it reflects the prevailing attitude on Wall Street that now is the time to buy stocks, and that 2014 is going to be a great year for the bulls.

Well, it’s my experience that when everyone thinks something is going to happen in the markets, the precise opposite tends to happen.

So, put your skeptical and contrarian glasses on and read between the lines of the Farrell piece. I suspect once you finish, you might be just a tad nervous about your equity holdings next year.

“The curious task of economics is to demonstrate to men how little they really know about what they imagine they can design.”

The humble wisdom of economist Friedrich Hayek is on display here in this quote, as is his brilliance. You see, only proper-thinking economists know that markets and the economy are far too complex to be run from the top down. Now, if we can only convince more of those who govern in Washington, D.C., of this truth, the nation would be a far better place. 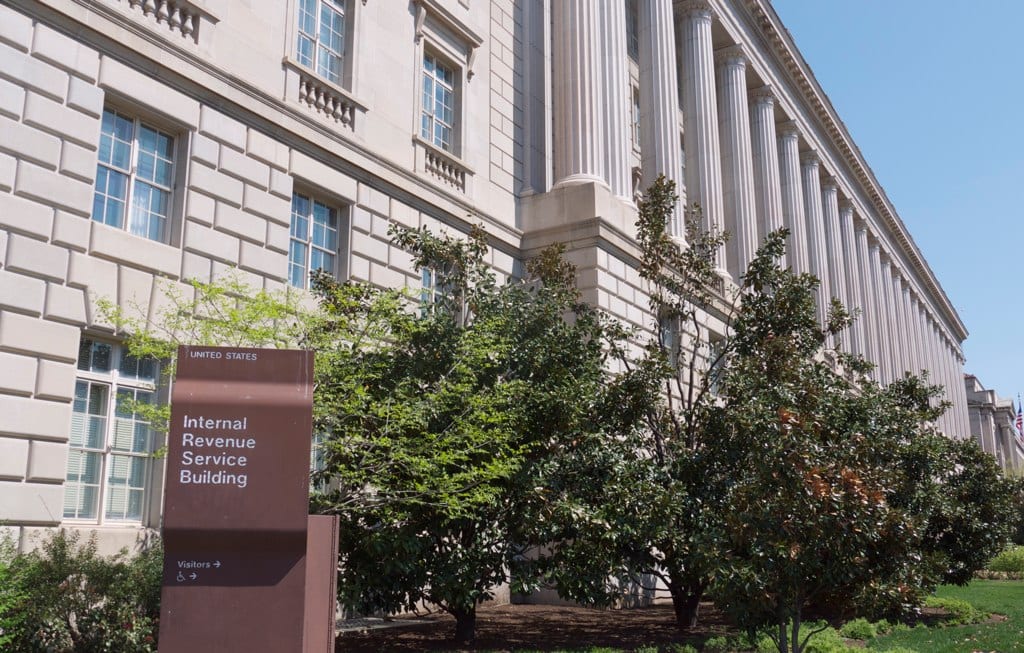 A ruling against Sun Capital Partners in a case regarding pension fund liability has placed the tax treatment of carried interest at risk.