The Contrarian Investing Strategy that Works 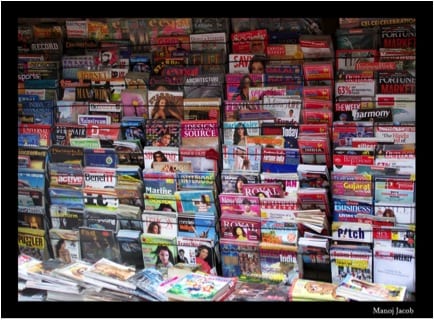 I like experimenting with one of my favorite informal contrarian indicators: magazine covers and headlines.

How this Contrarian Indicator Works

If I see negative headlines or a cover story about a country’s stock market, I invest in it.

For example, in 2013, Greece was about to implode and take down the euro with it and Spain was set to do the same. 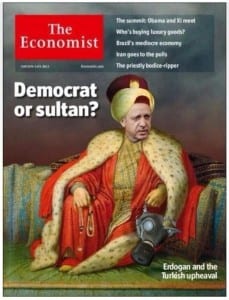 Turkey once saw violent anti-government riots in early summer. Investors fled in droves, as the Economist questioned Turkey’s place in investors’ portfolios in this cover story. Yet the Turkish market has soared that autumn.

Of course, my track record is hardly perfect. After all, the Economist ran this cover story on India on Aug. 24, almost to the day the market bottomed, and I failed to invest. 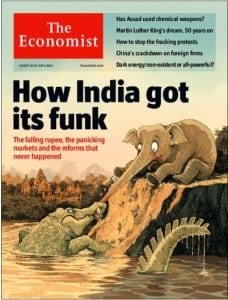 Here’s the theory behind the magazine cover indicator. By the time a company’s success or failure reaches the cover page of a major publication, the company is so well known that it is reflected fully in the stock price. Once all of the good news is out, the stock is destined to underperform. The reverse holds for negative stories.

The same logic applies to countries.

An academic study back in 2007 by three finance professors at the University of Richmond put the magazine cover story indicator to the test — specifically as it focuses on coverage of individual companies.

Here’s what the professors found. First, there were a lot more positive stories than negative ones for the same reasons that stockbrokers issue more buy than sell recommendations. Investors like reading about success stories.

Second, positive cover stories tended to appear following periods of strongly positive performance, while negative stories followed very poor returns. The companies that received the most positive coverage had, on average, outperformed the index by 42.7%. Those companies suffering negative coverage, in contrast, had underperformed by 34.6%.

The more important question is how the stock prices performed after the cover stories appeared.

Here, the research supported the use of magazine cover stories as a contrarian indicator.

The most negatively portrayed companies managed to beat the market by an average of 12.4%, whereas the outperformance of the media darlings fell to just 4.2%.

The conclusion? Positive stories generally indicate that the stock’s price performance has topped out. Negative stories often come right at the time of a turnaround.

Again, I merely applied the same logic to the individual country exchange-traded funds (ETFs) represented by the negative headlines or cover stories to my own investing.

From an investment standpoint, however, when a company or financial trend is featured on a magazine cover, the chances are that the trend is already widely known, and is already reflected in the stock price.

It pays to be a contrarian and bet against magazine covers and negative headlines.

My recommendation to my Alpha Investor Letter subscribers to invest in the iShares MSCI Ireland Capped Investable Market Index (EIRL) in April was a good example of putting this thinking into practice. The news stories about Ireland were still almost uniformly negative. And I bet most of my subscribers were skeptical of betting on Ireland. Yet EIRL is up a very steady 20.84% since my initial recommendation. And Ireland is the top-performing stock market in the world in 2013.

Today, I’m waiting for when (not if!) I see Ireland on the cover of the Economist in a bullish story like “The Celtic Tiger Recovers!”

When I do, I’ll consider it a sell signal. As Warren Buffett says, “The market pays dearly for a cheery consensus.”

Finally, I invite you to read my e-letter column from last week, “Double Your Dividends in a Zero Interest Rate World.” I also invite you to comment about my column in the space provided below.

previous article
United States Lowers the Boom on SAC to the Tune of $1.2 Billion
next article
Twilio — Behind The B2B and B2C Communication Revolution