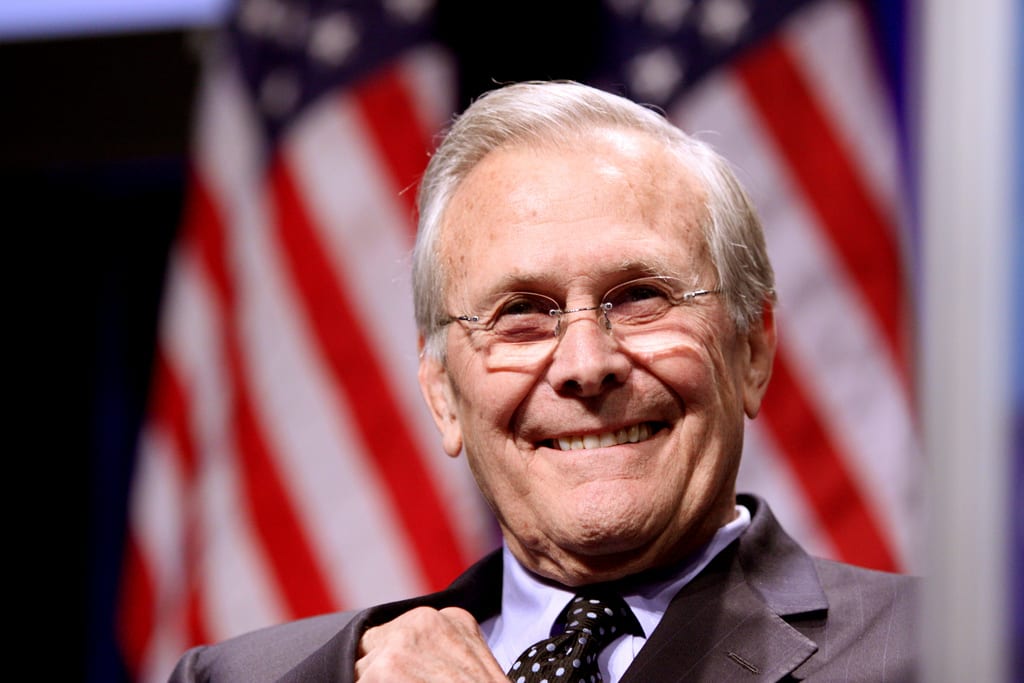 Welcome back to another edition of PowerTalk. I’m your host, Chris Versace, editor of the investment newsletter PowerTrend Profits. Each week I bring you my one-on-one conversations with the movers and shakers in business and those areas that impact business, the economy and more.

This week, I am especially proud to talk with today’s guest — former Secretary of Defense Donald Rumsfeld.

Now most of you know him as the only twice-serving Secretary of Defense. As you’ll learn in our coming conversation, there is far more to his career… for half a century, he’s been at the center of our nation’s history — as a Naval aviator, U.S. Congressman, ambassador and a top aide to presidents. He also spent two decades at the top of American business and was named by Fortune magazine as one of America’s ten “toughest” CEOs and by the New York Times as a “turnaround artist.”

That collected experience means former Secretary Rumsfeld has valuable insight into leadership, strategy and management. We’ll talk about all of that, as well as his new book — “Rumsfeld’s Rules: Leadership Lessons in Business, Politics, War, and Life.”

Unlike many of the people in Washington today, I think you’ll find that former Secretary Donald Rumsfeld has a keen eye for what Washington should be doing to help the economy and business. As you’ll hear, he also has a few comments and suggestions for President Obama as well.

How Cable Competition Will Impact Consumers with Author Susan Crawford