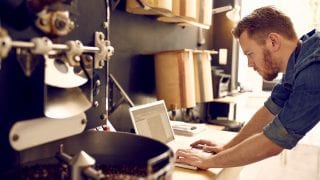 What is the Greatest Threat to Your Investment Today? No, It’s Not the Government!

This year, China will surpass India as the world’s leading gold consumer. However, China is hoarding the barbarous relic through somewhat dubious means.  To date, the world’s second-largest economy has imported nearly 20 percent more bullion from sources other than through its traditional avenue: Hong Kong. But the gold that has been tracked from Hong Kong to mainland China had tripled through September this year to almost 855 tonnes. But Reuters was able to deduce that China has also accumulated at least 133 additional tonnes, based on calculations from data supplied from Global Trade Information Services (GTIS). As an investor, I’m more than a little curious as to why China is amassing as much gold as possible, without announcing it, aren’t you?

Exclusive  What is the Greatest Threat to Your Investment Today? No, It’s Not the Government!
Tags:ChinaGoldIndia
share on: FacebookTwitter

U.S. stock markets broke out to the upside last week, with the Dow Jones hitting 16,000 and the S&P 500 1,800 for the first time ever, before pulling back slightly. The Dow ended the week up 1.37%, and the S&P 500 rose 1.14%. Global stock markets also found their footing with MCSI Emerging Markets Index soaring 4.03%. Big gainers in your Alpha Investor Letter portfolio included the Market Vectors Biotech ETF (BBH), up 2.28%; the Wisdom Tree Japan Hedged Equity (DXJ)