Contrarian Optimism about the Rest of 2015

All your positions in your Alpha Investor Letter portfolio pulled back, but Berkshire Hathaway (BRK-B) dipped just 0.38% and Markel Corp. (MKL) fell only 0.34%.

You were stopped out of Allergan plc (AGN) at a slight gain. I am keeping this on the watch list as I continue to believe in the prospects of this fast-growing healthcare stock.

As I pointed out in our quarterly Alpha Investor Letter subscriber call yesterday, despite the tough past two months in the markets, there are reasons to be optimistic as we enter the last third of 2014.

First, the markets’ technical action has been chock full of once-every-few-years moves with all sorts of extremes. A sharp bounce off of the Aug. 24 lows is a textbook (if unpleasant) pattern for a market to resume its uptrend.

Second, market sentiment is lousy across a wide range of measures — always a good contrary indicator. Bull markets end on euphoria and not on skepticism. And you can say a lot of things about this bull market, except for the fact that it has been characterized by skepticism.

Third, the fourth quarter traditionally has been the strongest quarter of the year for U.S. markets. The advent of November also launches the strongest six months of the year. Money invested in the Dow Jones Industrial Average since 1950 from November through April has returned an average of 7.5%. Money invested during the other six months of the year generated only an average yearly gain of 0.3%.

And based on my experience, the Q4 rally tends to be even stronger in global (particularly emerging) markets as investors reposition themselves for the coming year.

Several beaten-down sectors are due to rebound, and all are well-represented in positions on your Alpha Investor Letter watch list. Specifically, there is biotech through iShares Nasdaq Biotechnology (IBB), Allergan plc (AGN) and Illumina Inc. (ILMN), cybersecurity through the PureFunds ISE Cyber Security ETF (HACK) and emerging markets through Cambria Global Value ETF (GVAL).

So, as frustrating as markets seem today, there are good reasons to think that Q4 will be substantially better. In fact, a rally of more than 10% from today’s levels is well within the realm of possibility.

Cambria Global Value ETF (GVAL) dipped 2.11%. GVAL invests in the top 25% of the cheapest markets out of 45 developed and emerging markets countries. Compared to the 3.86% loss of broader MCSI Emerging Markets Index (EEM) fund, GVAL fared better last week. Not surprisingly, GVAL is made up of several markets that dominated the news over past years for their infamously bad performance. Ireland, Greece and Russia are among the “biggest losers” of the past and, as of June 30, appear in GVAL as the future’s “biggest winners.” GVAL is a HOLD.

Google Inc. (GOOGL) lost 4.68% over the past five trading days. Google unveiled its two latest flagship Nexus-branded phones yesterday — the 5.2 inch Nexus 5X and the 5.7 inch Nexus 6P. These phones will run Google’s latest “Marshmallow” Android operating system. Designed to go head-to-head with Apple’s latest iPhone 6s and iPhone 6s Plus, Google’s new phones will be stiff competition — and each for nearly $200 cheaper, since Google’s profit is derived from advertising rather than hardware retail markup. GOOGL is a HOLD.

Guggenheim S&P 500 Equal Weight ETF (RSP) fell 3.39% last week. Even though the press loves to quote the Dow Jones all day every day, it’s the trusty S&P 500 index that market watchers actually look at. While this index is comprised of the top 500 U.S. companies, many of these names play on the global stage. The S&P 500 index weights the top 50 companies to, in effect, make them comprise 50% of the index. However, RSP simply weights all 500 names equally, resulting in a better representation of the top 500 companies. RSP is a HOLD.

Markel Corp. (MKL) dipped 0.34% last week to run nearly in tandem with Berkshire Hathaway’s (BRK-B) mild 0.38% fall. Based on a poll taken by Thomson Reuters, analysts have a price target of $875.00 set for MKL — a potential 9.5% move higher when the markets finally regain their footing. MKL is a HOLD.

PayPal Holdings (PYPL) lost 8.16% last week, falling victim to the harsh and unusually deep pullback reflected in the major averages. However, Canaccord Genuity initiated coverage on PayPal just last Friday, setting a “Buy” rating and a whopping $43 price target. This is a potential 43% move higher from yesterday’s close. PYPL is a BUY. 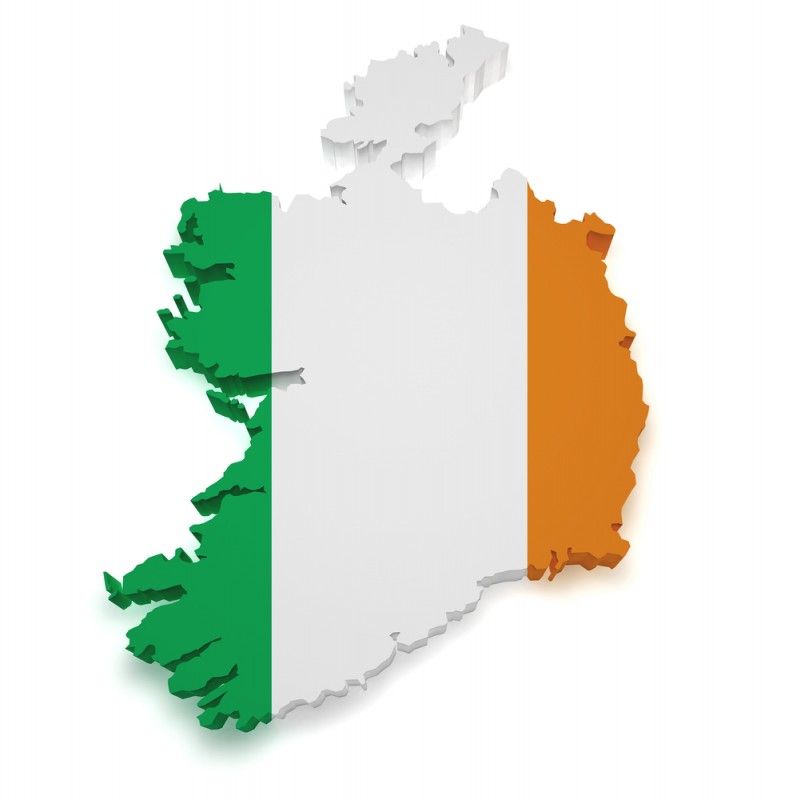 The Sweet-Tasting Success of Irish Austerity

Ireland-based food giant Kerry Group Plc (KRYAF) is well known for its ingredient and flavors business. This week, the company celebrates the opening of a €100 million global technology and innovation center near the town of Naas, just outside of the iconic Irish capital of Dublin. The opening of Kerry Group’s new facility represents one of the biggest investments made by an Irish company in Ireland in several years. It is also a sweet-tasting example of the success of