Is the Bull Market Back?

All positions are back to a “Buy,” except Vanguard Russell 2000 Index ETF (VTWO), which is just below its 50-day moving average.

With the markets rallying, several positions have moved back off the watch list and are back to a BUY. These include the Biotech ETF Market Vectors (BBH), Guggenheim Spin-Off (CSD) and iShares MSCI Philippines (EPHE). Buy into these positions at market today.

After the strongest month since 2011, the S&P 500 finally regained its 200-day moving average (MA) last Friday — one of the many definitions of a bull market.

Moving above the 200-day average often signals the all-clear for investors who prefer not to buy when a market is below its 200-day average. One fly in the ointment of Friday’s new bull market is that while the S&P closed above its 200-day MA, only 48% of the stocks in the index also did so.

The good news is that, historically, such a low level of participation didn’t hamper returns looking back to 1990, and the average return for the S&P 500 over the next three months has been 5.8%.

So while the last week in October is generally the worst-performing week of the year, the year-end rally looks to be on track as we gradually increase our exposure to the markets.

Vanguard Russell 2000 Index ETF (VTWO) dipped 1.58%. This play on 2,000 small-cap stocks has been trading sideways over the past three weeks, hanging on despite the recent spate of volatility. VTWO has traded just both above and below its 50-day moving average on nearly a daily basis as of late. Falling below its 50-day MA just yesterday, VTWO is now a HOLD.

Markel Corp. (MKL) gained 1.6% last week. Markel continued its strong move upwards early in the week, later leveling off very near the $880 price level — just 2% below its 52-week high. Markel currently enjoys a 35% gain in your portfolio, taking second place only to Berkshire Hathaway’s (BRK-B) 79% rise. MKL will report earnings on Nov. 4 after markets close. MKL is a BUY.

Guggenheim S&P 500 Equal Weight ETF (RSP) rose 0.28%. Although the term “smart beta” seems relatively new in the lexicon of today’s investors, this S&P 500 equal-weight exchange-traded fund (ETF) has been around for over 12 years and boasts over $9.5 billion in assets under management (AUM). RSP is up just over 55% during the past five years, beating the well-known S&P 500 Index. One driver of this is RSP’s ability to equally weight stronger, under-represented small caps. RSP is a BUY.

WisdomTree Japan Hedged Equity ETF (DXJ) jumped 3.44%. After breaking above the 50-day MA just the week prior, DXJ now stands just short of its 200-day MA. A move above this line in the sand could spell strength that continues through year-end. DXJ remains a BUY.

PayPal Holdings (PYPL) gained 3.07%. PYPL will issue its first earnings report as its own ticker symbol today after markets close. Any commentary released in this report may shed considerable light on the future of this now-independent firm. Analysts’ consensus estimates are $0.29 EPS on revenue of $2.27 billion. Goldman Sachs has a “Buy” rating on the stock and a price target of $45 — nearly 25% above yesterday’s close. PYPL is a BUY.

Freeport-McMoRan Copper & Gold Inc. (FCX) fell 5.15%. FCX reported an earnings miss last Thursday, forcing shares lower over the trading week. Freeport-McMoRan reported a per-share loss of $0.15 vs. an expected $0.08 per-share estimated loss on revenue of $3.68 billion vs. a $3.96 billion estimate. FCX disclosed that the primary driver of the loss was an expected large write-down due to unprecedented weakness in oil and gas commodities. FCX is a BUY.

KraneShares CSI China Internet ETF (KWEB) jumped 5.17% last week, taking second place only to Google’s “lucky-sevens” move higher. Chinese internet stocks have been roaring back as of late, and KWEB owes some of its gain to a significant weighting in the massive rise that Alibaba has enjoyed over the past month. KWEB is a BUY. 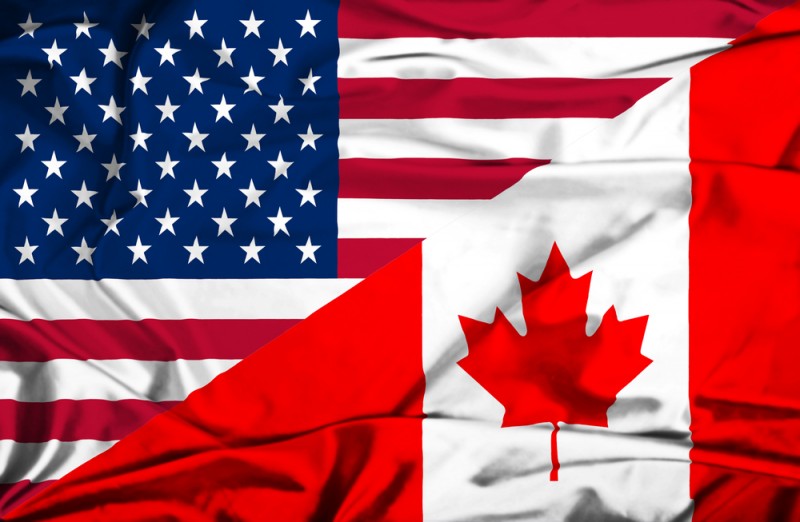 Writer Jim Woods explains in a guest column how the recent Canadian election will impact investments in U.S. markets.