How to Deal with 2014 Market Predictions

“Prediction is Hard… Especially About the Future”

In ancient times, humans predicted the future with animal entrails. Today, if you want to know your lot, you may scan the astrology section of the newspaper. And since predicting the stock market is the “holy grail” of investing, you do the same by reading the latest market forecasts of your favorite investment guru.

But here’s the elephant in the room.

For all of our relentless commitment to divine the financial markets’ future in the year ahead, the annual forecasts you’ll read are no more reliable than asking a ouiji board.

That’s why I’ve decided that the only prediction I’ll be making for 2014 is one that I know will be 100% accurate.

And that prediction is the same as the answer J.P. Morgan gave whenever he was asked what the stock market will do:

The Market Outlook for 2014

After the best year for U.S. markets since 1998, today’s financial soothsayers are more optimistic than last year at this time.

The biggest bear among the group is David Bianco at Deutsche Bank, who predicts a low of 1,850 for the S&P 500 due to worries about the end of quantitative easing. Tom Lee of JP Morgan is the most bullish and predicts the S&P 500 will rise to 2,075 — 16.2% above yesterday’s close.

Exclusive  Everything You Need to Know About Covered-Call ETFs

Now, Wall Street’s best and brightest aren’t exactly going out on a limb here. The average rate of 9.2% is just about exactly the average market return since 1992.

That’s because there is little upside on Wall Street in making bold and brash predictions. No market strategists ever got fired for making a consensus prediction. It’s a “heads I win, tails you lose” kind of game. If a strategist is right, he’ll be feted in the Wall Street Journal. If he’s wrong, he’ll shrug his shoulders, and point to the guy in the Manhattan skyscraper across the street got who got it just as wrong as he did. Contrast that with the fate of any surgeon, airline pilot or even a burger-flipper at McDonald’s — all of whom would be long out of a job if their survival strategy would be to highlight that his peers were equally bad.

That said, I have some sympathy for the folks who are forced to come up with a target number for the S&P 500 each December. After all, it’s kind of a mug’s game. And market prognosticators have had a particularly tough time over the past few years.

Since 1986, Wien has started each year with 10 big “surprise predictions” for the coming year. In the past, Wien has seen about half of his predictions come true. That’s pretty much par for the course. But Wein had a much lousier 2013. Wein predicted gold would hit $1,900 an ounce; that European stock markets would fall 10%; and that the S&P 500 would fall below 1,300.

In fact, Wein’s only accurate prediction was that the Japanese Nikkei would soar and the yen would plummet.

Yet, I don’t expect Wein will have to be looking for a new job on Jan. 1.

Prediction is Pointless: Manage Your Risks Instead

Now you may think that as an investment adviser, I’m throwing stones at glass houses. After all, I make predictions about investments dozens of times a year, both in my investment services and in managing my clients’ funds at my firm Global Guru Capital.

And you would be right.

But here’s the difference.

First, I admit it when I’m wrong. While other pundits post long, self-congratulatory videos on You Tube about how they’ve been “right” about everything, my biggest edge in managing money is that I cut and run when things don’t go my way.

This past year, I expected emerging markets to rally strongly. Instead, they turned out to be the worst-performing asset class I follow. And as much as I expected they would rally in Q4, emerging markets pretty much have been flat-lining since bottoming in the fall. But few investors have held it against me. After all, most of my profitable recommendations were based in the “rip-roaring” U.S. market.

Second, I understand that making profitable investment recommendations is more about managing risk than about “being right.” Getting the timing right on exiting a trade (“when to sell”) is as important as timing your entry (“what to buy”).

It is because I want to emphasize that I don’t have a preconceived idea of what the world (or the market) should look like.

I’d rather be nimble and profit from those opportunities that the market gives me.

That’s why I think you should embrace J.P. Morgan’s time-tested prediction about the market for 2014 — and for every year beyond, as well.

In case you missed it, I encourage you to read my e-letter column posted last week about what the permabear surrender means for you. I also invite you to comment in the space provided below. 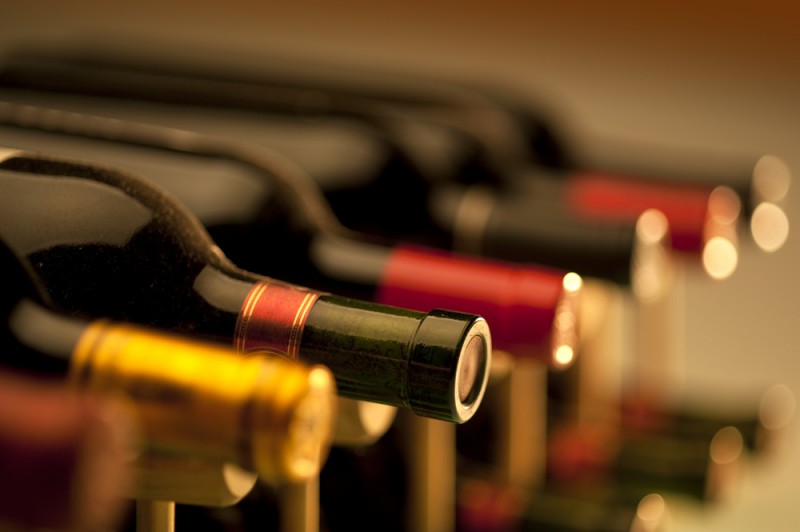 Joining me on PowerTalk today is Michael C. Houlihan, co-founder of wine company Barefoot Cellars, where he was president and CEO for 19 years.