With the price of oil now climbing back near levels last seen at its peak in 2008, this may seem like an odd time to sound the death knell for the “Commodities Supercycle.”

Yet, I think there are several reasons why this situation is precisely the case. And some of the world’s top investors and analysts are starting to agree.

Relishing his role as contrarian gadfly, Rogers began flogging commodities to a skeptical audience on CNBC in 1998, while the rest of the world was entranced by JDS Uniphase, Enron and Pets.com. Merrill Lynch had just exited from the commodities business, and commodities prices were approaching levels that hadn’t been seen since the Great Depression.

Unhappy with the make-up of the Dow Jones, Reuters and Goldman Sachs commodities indices, Rogers set up his own index — and a fund to match — the Rogers International Commodities Index (ROCI) in 1998. Rogers’ index consists of a diversified portfolio of 36 commodities, including soft commodities like wheat and corn, hard metals like nickel and copper, animals like live cattle and lean hogs, and a dash of canola and azuki beans.

The Birth of the Current Commodities Super Cycle

The last Commodities Supercycle was born around 1998 when years of low prices had depleted commodities inventories across the board. Just as demand was accelerating for commodities across the globe, Americans needed oil to feed gas guzzling SUVs. New McMansions gobbled up huge supplies of lumber, steel, aluminum, platinum, palladium and lead. And Europeans began to mimic American lifestyles, as well. In Asia, both Japan and Korea became one of the world’s leading importers of commodities. And within a few years, China would become the #1 consumer of copper, steel and iron ore in the world — consuming more of both than the United States and Japan combined, as well as become the #2 consumer of oil and energy products.

Meanwhile, the supply side was pressuring commodities prices, as well. No major oil field had been discovered in the world for the last 35 years. Virtually no new mine shafts have been opened in the last 20 years. And new sugar plantations were as rare as black swans — despite 60% of the world’s ethanol being produced by sugar.

The Commodities Super Cycle in 2012: On It’s Deathbed? 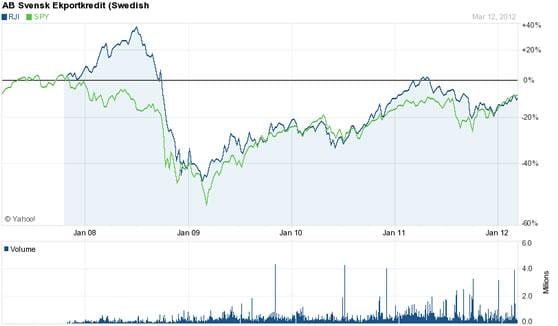 So, an obvious question arises: Is the party over?

Credit Suisse Research believes it is. In a recent report, the investment bank argued that global commodity demand already has peaked. And the bank attributed much of the effect to a single factor: collapsing demand from China.

Fueled by a combination of investment booms in housing and infrastructure, China’s demand for commodities surged over the past decade. From 2000 to 2010, the dollar value of China’s imports surged by 42.5 times for iron ore, by 248 times for thermal coal and by 16.2 times for copper. During the same period, China’s production (in quantity terms) jumped by 441.8% for aluminum, by 219.5% for cement and by 396.0% for steel. Today, China is the biggest consumer in virtually all commodity categories in the world.

By building dozens of empty cities, scores of underutilized airports and thousands of bridges to nowhere, China’s demand for the commodities has been unusually high. China’s level of domestic investment as a percentage of gross domestic product (GDP) has been unprecedented in economic history. Indeed, China’s level of investment is close to 50% of its GDP. That spending is no more sustainable than the same strategy was for the Soviet Union in the 1930s or for Brazil in the 1960s. In the vocabulary of developmental economists, this kind of “extensive” growth simply cannot go on forever.

Equally importantly, the kind of growth (“intensive”) China will experience is set to change. Authorities are working to rebalance China’s economy away from commodity-intensive infrastructure investment and exports in the coming years, toward increasing domestic demand. Whether this fails or succeeds, a rebalancing toward household consumption means China’s demand for commodities is set to plunge. As Credit Suisse aptly put it: “Getting a massage simply does not use as much steel as building an airport.”

The supply side of the equation for commodities is changing, as well. Recent offshore oil discoveries in Brazil; fracking technologies in North America that hold the key to U.S. energy independence; and climate change making the Arctic Circle accessible to oil and natural gas production — all mean that the prospects for production of commodities has improved in ways no one could have anticipated even 10 years ago.

No wonder Credit Suisse concluded that we already have reached the end of the current Commodities Supercycle. And that’s bad news for commodity prices. London’s Capital Market’s research has already forecast that the copper price will fall to $5,000 per ton over the next two years, well below current levels of around $8,400 and less than half the highs seen in early 2011.

As Jim Rogers himself likes to say: “No one can revoke the law of supply and demand.”