Make a List of Successful Retailers by Checking the Malls 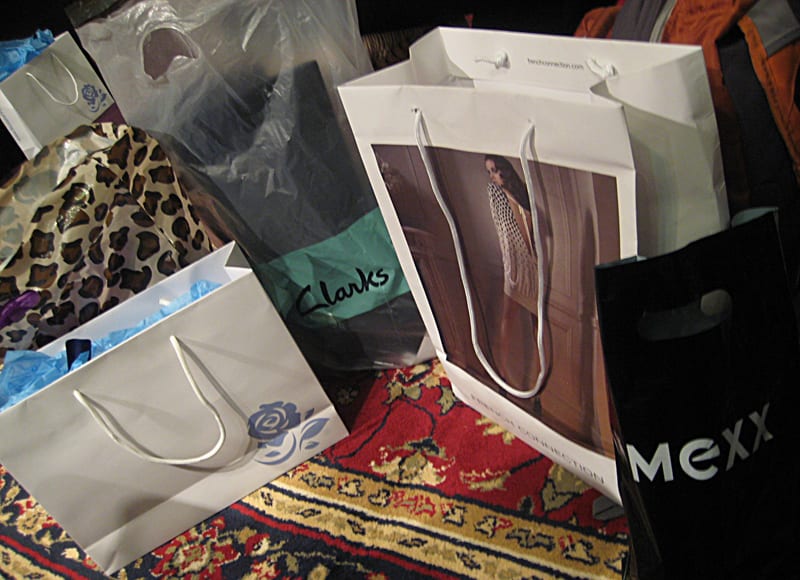 As legendary investor Peter Lynch pointed out in his must-read book “One Up on Wall Street,” we investors have to watch the behaviors of those around us. Those people consist of individuals, better known as the consumer, corporations and, of course, the government. What are these groups buying? Are they spending more or less? How are they spending? If they aren’t spending, what are they doing with their capital?

These are some of the questions I think about when contemplating the psychographic aspect to the PowerTrend way in which I look at the world. Make no mistake; it isn’t the only data that I weigh. After all, I was a fundamental Wall Street research analyst for decades and I know there is no such thing as a silver bullet when it comes to investing. That means triangulating several streams of data to get a real signal on what is or isn’t going on.

That’s why each Christmas season I walk the malls. I admit it sounds a little funny, but I find it gives me a very accurate picture of not only what Mr. and Ms. Consumer are buying, but where as well. Now you might think a crowded shopping mall is a good sign, and it can be, but I have found over the years that a crowded store can be a misleading indicator. That is why I watch and, from time to time, count shopping bags, as well as keep track of which retailers are running sales, from big to over the top.

Based on my mall walks, who were the retailers that had a relatively large number of their bags carried around the several shopping malls I visited? Starbucks (SBUX), Apple (AAPL), Dick’s Sporting Goods (DKS), Macy’s (M), Nordstrom (JWN) and VF Corp.’s (VFC) The North Face.

Which stores were so sparsely visited by shoppers that you could have heard crickets on the premises? I identified the laggards as Abercrombie & Fitch (ANF), Pacific Sunwear (PSUN), Ann Taylor (ANN), Coldwater Creek (CWTR) and Talbots (TLB).

Which retailers ran huge discounts and, in some cases, failed to attract the attention of warm bodies in search of a holiday present for a loved one or perhaps for themselves? Candidly, it has been the same group of stores over the last few years — jewelry had the steepest discounts and that means Zale (ZLC), which also owns the Piercing Pagoda and Gordon’s Jeweler’s.

With the Christmas holiday itself now over for 2013, and I hope you had a grand time this year, many think the shopping season is over.

That situation is far from the case. In some respects, we are just getting started. Now consumers will be in gift return mode and the fierce shopper will be on the prowl for post-holiday shopping sales and discounts. Indeed, now is when it gets bloody and that tends to separate the strong and smart retailers from the ones that are reeling. Yes, today is when it gets interesting…

Remain vigilant next week. On the earnings front, there isn’t much to talk about generally speaking. Instead, my advice is to remain vigilant during the coming week. Corporate and economic news flow slows to a trickle this time of year and that situation means trading desks are thinly staffed. For a company looking to sneak by a negative pre-announcement or other bad news, it’s a wonderful time of year. Keep one eye on the holiday festivities, as well as one eye on your holdings and their peers and competitors! That’s what I’ll be doing for my PowerTrend Profits subscribers.

Contrary to expectations, Safety and Security PowerTrend company Smith & Wesson (SWHC) has had a successful year, rising 36.78% since this PowerTalk was first posted. In fact, I recently recommended SWHC in my PowerTrader service.

The fundamentals that Smith & Wesson President and CEO James Debney and I discussed in last December’s PowerTalk are still intact, meaning that the past year’s growth could continue into 2014. Backing that up, we’ve seen FBI background checks rebound during the last few months.

This interview covers a range of topics still valid and relevant today, including: how SWHC profits from strong firearm sales and shifting gun ownership demographics; the growing demand for firearms; Smith & Wesson’s strategy for continuing to improve margins and grow earnings; and how SWHC’s management plans to increase market share.

Click here to listen to my one-on-one conversation with
James Debney, CEO of Smith & Wesson (SWHC)