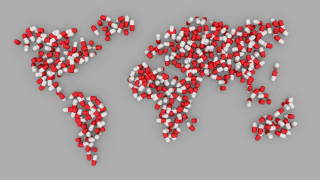 The Obama administration has agreed to a health-care experiment that will make Maryland a test case for whether aggressive government regulation of medical prices can curb health spending. Maryland will cap hospital spending and set prices, with a goal of cutting $330 million in federal spending. The plan follows the path of countries such as Germany and Switzerland, which closely regulate prices. It also could serve as a model — or cautionary tale — for other states seeking its footsteps. For Maryland, the new rules build on past success. Since the mid-1970s, Maryland has been the only state to set the prices that hospitals charge patients. Typically, hospitals negotiate with each health insurer individually, leading to disparate rates. In Maryland, private insurance plans, public programs and uninsured patients, for example, pay the same price. Researchers estimate the system has saved $45 billion for consumers during four decades and prices have grown more slowly in the state. The Centers for Medicare and Medicaid Services approved Maryland’s proposal to keep setting hospital prices while adding in a cap on all hospital spending. The state will limit hospital spending growth to 3.58 percent for the next five years, largely by giving each of the state’s 46 hospitals a firm budget to work within.