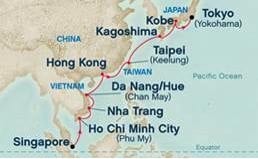 Confirmation that governments are squandering money on ill-advised programs fueled by the easy-money policies of central banks worldwide became all-too-evident earlier this week when a European business leader responded to a question I posed at a press briefing here in Washington, D.C.

Amid reports featured in Eagle Daily Investor that governments globally have taken on more than $100 trillion in new debt since the first signs of a financial crisis in mid-2007, I asked the head of Paris-based satellite operator Eutelsat Communications (NYSE Euronext Paris: ETL) how artificially low interest rates are affecting his business. Michel de Rosen, chairman and CEO of Eutelsat, offered a cautionary tale of fiscal free-spending. He cited the case of a small Asian country arranging to acquire a satellite from a manufacturer based in a large Asian nation, without knowing how to operate the spacecraft, lease its capacity to others or conduct other fundamental functions.

The CEO told me that he and his colleagues were contacted by representatives of the Asian country acquiring the spacecraft to assist in handling virtually every aspect of what a commercial satellite operator would do. The country essentially put itself in the satellite business without much of a clue about what that decision entailed.

The lure of low-interest-rate financing — likely also subsidized by the Chinese government — apparently proved irresistible. Rather than use the small nation’s financial resources wisely, the program will result in a boondoggle. The cost easily will top $200 million and could run well above that level.

Here is a breakdown of costs typically incurred to buy a satellite, launch it into orbit, obtain insurance and cover other operational expenses. A standard, 24-transponder spacecraft, built to be placed in geosynchronous orbit (GEO) about 22,223 miles (36,000 kilometers) above the Earth, likely would be priced between $125-$175 million dollars. The cost of a launch to put the spacecraft in orbit would run $65-100 million from an established Western provider with at least a decent track record of success.

Private-sector insurance for the launch and the satellite would approach 8-10 percent of the combined cost of fixed satellite services (FSS) spacecraft and the launch. If the country does not pay insurance, it essentially insures itself against the risk of loss and would absorb the ensure replacement cost.

A further requirement is to obtain landing rights from domestic regulators, as well as those from other governments if the satellite is intended to provide services to neighboring countries. Since the use of satellite technology is best suited for point-to-multi point communications and broadcasting, a lack of landing rights to nearby countries within the proposed service area of a satellite would prevent the best use of the technology.

Such a GEO satellite also would require the rights to an orbital slot for the spacecraft to be positioned above the Earth. The orbital slot would need to have an appropriate sight line for the country that is attempting to buy and operate a satellite. To obtain an orbital slot, the country would need to apply for one from the International Telecommunication Union (ITU), likely face stiff competition from others if an opening even existed and possibly not be granted the rights if the project was assessed to be a wasteful use of a precious international resource.

Eutelsat’s CEO said he was unable to offer any help to the country and its representatives that reached out to him, even though his company is one of the world’s largest satellite operators, with 34 satellites in-orbit and nine satellites to launch by mid-2016. A satellite operator typically handles all of the functions of buying a satellite tailored to provide specific services for a particular region of the world, arranging for its launch, buying insurance and obtaining the right to use an orbital slot that overlooks the intended service area.

With other national satellites operated in Asia by countries such as Indonesia, Malaysia and Thailand, overcapacity in the region already exists. A wise leader of a commercial satellite operator would plan an Asian strategy with care but the same caution clearly was not used in this instance by the government officials of the small Asian nation that chose to acquire what essentially will become a “vanity satellite.”

The ill-conceived spending is exacerbated and encouraged by China, which controls the satellite manufacturer and launcher, China Great Wall Industry Corp. Satellite sales by China often are politically motivated and can involve bartering arrangements in which China provides financing in exchange for direct access to natural resources from the country that is obtaining the satellite.

Even if a 20-30% discount is offered by China to undercut the prices charged by proven Western satellite builders and launchers to entice potential customers to use inferior China-built satellites and rockets, the scaled down $200 million cost for such an impractical endeavor still is staggering.

The example of foolish spending by this Asian nation should serve as a warning that artificially low interest rates do not inoculate those who borrow money from the need to perform due diligence and proper analysis of any project that could end up wasting taxpayer money. According to the Bank of America Merrill Lynch Global Broad Market Index, bonds issued by governments, corporations and mortgages these days now average 2 percent, down from rates of more than 4.8 percent in 2007.

Government borrowing around the world has soared as central banks suppress benchmark interest rates to spur economic growth after the collapse of the U.S. subprime mortgage market and the bankruptcy of Lehman Brothers Holdings Inc. led to the worst financial crisis since the Great Depression. Fiscal discipline is needed by government leaders to avoid accepting crushing debt that now literally appears to be reaching as high as the spacecraft that orbit the Earth.

Paul Dykewicz is the editor of Eagle Daily Investor, the editorial director of Eagle Financial Publications and a columnist with Townhall in Washington, D.C. His duties include editing four monthly investment newsletters, seven time-sensitive trading services and other reports.

previous article
Stocks Fall for the Week as Ukraine Situation Continues
next article
‘Buy on the cannons, sell on the trumpets’