This week’s Bull Market Alert recommendation is an indirect play on the bounce in commodity prices. Lithium producer Sociedad Química y Minera de Chile S.A. (SQM) is a chemical and mining company with its headquarters in Santiago, Chile. SQM produces iodine and its derivatives, lithium and its derivatives, industrial chemicals, potassium and other products and services.

Here’s why I expect SQM to continue its recent rally even as markets consolidate their gains.

First, the global market for lithium is expected to at least double by 2020. This is driven by increasing demand for rechargeable batteries, which are used to power consumer electronics and electric vehicles. You may have heard that Tesla Motors (TSLA) is constructing the Gigafactory, which will produce rechargeable batteries for half a million vehicles by 2020.

Second, SQM has a major competitive advantage in the production of lithium. It owns the brine fields of the Atacama Desert in Chile which contain the world’s largest source of lithium brine — the most cost-effective source of lithium.

Finally, SQM’s shares surged last week by 9.5% on news that Chilean holding company Oro Blanco is considering selling its Pampa Calichera subsidiary, which owns approximately 20% of SQM. Any rumor of the sale of a big chunk of SQM drives speculation that the price of SQM is set to go higher.

With markets opening weak today, I am holding off on recommending options on this bet for now.

United States Oil Fund (USO) climbed 2.19% last week. The big story this morning is the failure of Middle Eastern oil-producing nations in Doha, Qatar, to agree to reduce oil production over the weekend. This is having a bearish effect on oil markets this morning. With many world markets trading along with oil prices, similar downward pressure is being reflected in Asian and European markets, and in U.S. futures. I’m sticking with my bullish view of oil, and USO remains a BUY.

iShares MSCI Emerging Markets (EEM) moved 3.57% higher last week. EEM closed another strong week as the emerging market rally continued. This grand-daddy of emerging market funds is up 8% for the year, and up a whopping 26% since bottoming on Jan. 20. This outperformance becomes even more marked when compared to the S&P 500’s 2% year-to-date 2016 gain. If oil and other commodities continue their recent recovery, EEM will remain a bullish play. EEM is a BUY.

iShares MSCI Ireland Capped (EIRL) traded sideways for a third straight week last week. EIRL has stalled a bit since pushing above its 200-day moving average (MA). However, there is still room to run higher before EIRL attempts to break above its 52-week high. EIRL is a BUY.

Domino’s Pizza, Inc., (DPZ) rose 1.15%. DPZ opened last week’s trading by hitting a new 52-week high, only to pull back a bit as the days progressed. However, DPZ made a comeback, and is nearly back to its most recent high. DPZ reports earnings on April 28 before markets open. DPZ is a BUY.

The TJX Companies, Inc., (TJX) gained 1.47% over the past five trading days. TJX took a nice bounce last week after its recent run downwards from a new 52-week high. TJX’s bounce also occurred nearly on the 50-day MA, giving more weight to a bullish case. From a fundamental standpoint, TJX also makes it on a short list of companies with both rising profit margins and rising sales per share. Over the past 12 months, TJX added 6% to its profit margin and 12% to its sales per share. TJX is a BUY. 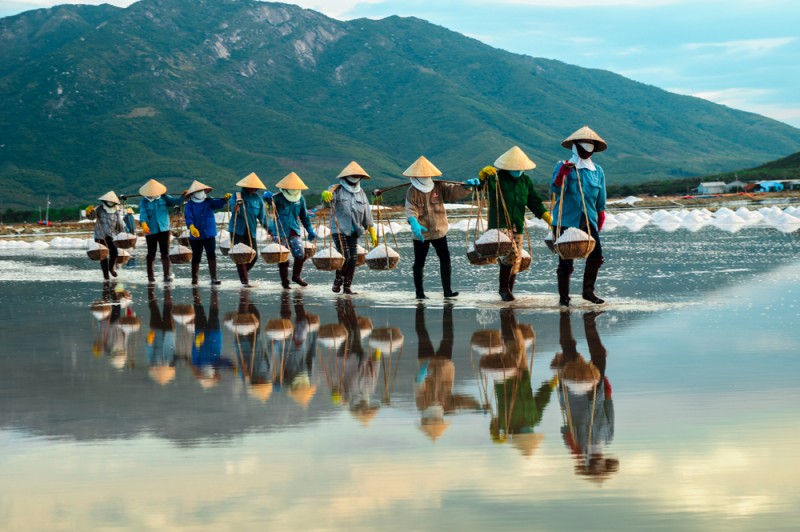 Emerging Markets have been fighting a technical headwind, but stock market investors should heed the tailwind now propelling the EEM ETF.