Why the Latest B2B and GDP Data Are Bullish!

Last Friday, the feds released the first estimate of gross domestic product (GDP) growth for the fourth quarter and reported that economic growth cooled to a 2.6% annualized rate, much slower than the 5% rate reported for the third quarter.

I’m not surprised by the slowdown. A week earlier, the government had released its Gross Output data for the third quarter and, from that, I was able to measure business-to-business spending (B2B) at $23.0 trillion for the U.S. economy. B2B activity actually was flat for the third quarter, indicating that GDP for the next quarter (fourth quarter) would probably be slowing down. Sure enough, that’s what happened.

Why is this news bullish for the stock market? Because it allows the Fed to keep rates low for 2015 and encourages U.S. central bank officials to expand the money supply. Indeed, the St. Louis Fed reported that the monetary base (the Fed’s checking account) is expanding rapidly again, and the broad-based money supply (M2) is now increasing at a 6.9% rate, the highest level in a year.

I remain 100% invested in the stock market. It is moving higher! See www.markskousen.com for my latest recommendations.

Of course, the establishment media reported the GDP data all wrong. Even the market-friendly Investor’s Business Daily highlighted consumer spending as the key indicator of future economic growth. “But consumer spending, two-thirds of overall economic activity, rose at an annual rate of 4.3%, the best since early 2006.”

Wrong again. Consumer spending is actually only about one third of “overall economic activity” if you use my Gross Domestic Expenditure data, which measures spending at all stages of production. Unfortunately, GDP measures only the value of finished goods and services and ignores most B2B activity.

For more information on the defects of GDP, see my Wall Street Journal lead op-ed piece.

You Blew It! Why are the Roads So Bad in New York?

I see that New York Mayor Bill de Blasio just gave his State of the City address, calling for a massive construction of apartment buildings in the City to make housing more affordable.

But like his predecessor, Michael Bloomberg, de Blasio has decided to do nothing about the worst problem facing every New Yorker — its crumbling infrastructure. The roads and bridges are falling apart.

Having traveled the world, I can tell you that New York’s roads, airports and infrastructure are third world. No, actually, third-world infrastructure is now largely better than the major cities of the United States.

Even in the United States, roads are better in Florida and out west in Utah than they are in New York.

Car drivers in New York and other big cities pay as much as $750 per year in vehicle maintenance costs related to rough road conditions — flat tires, worn shock absorbers and accidents.

When will our public officials wake up to the infrastructure disaster this country faces? Can they learn anything from Europe and Asia, where their public works are working?

In case you missed it, I encourage you to read my e-letter column from last week about why I hate taxes and tax collectors. I also invite you to comment in the space provided below.

Personal note: Last week, I received the following letter: “Last year was my first year attending FreedomFest and I have to say it was a life changing experience!… it pushed me to take that next step and to start trying to make a difference, instead of dreaming and hoping for something to come my way. I decided to start my own podcast! My show continues to grow and I have listeners all around the world! This is a dream come true and I thank you guys for putting this event on every year. I have already signed up for this coming year and can’t wait to experience that magic again.” — Justin Mohr, Justin Mohr Show.

Thank you, Justin. This is just one of many letters I’ve received over the years about the power and influence of FreedomFest. It can make a difference. We already have 1,000 people coming. See what the excitement is all about by going to www.freedomfest.com or calling 1-855-850-FREE (3733). See why Steve Forbes and John Mackey (CEO, Whole Foods Market) attend all three days. Plus, FreedomFest features a three-day investment conference! 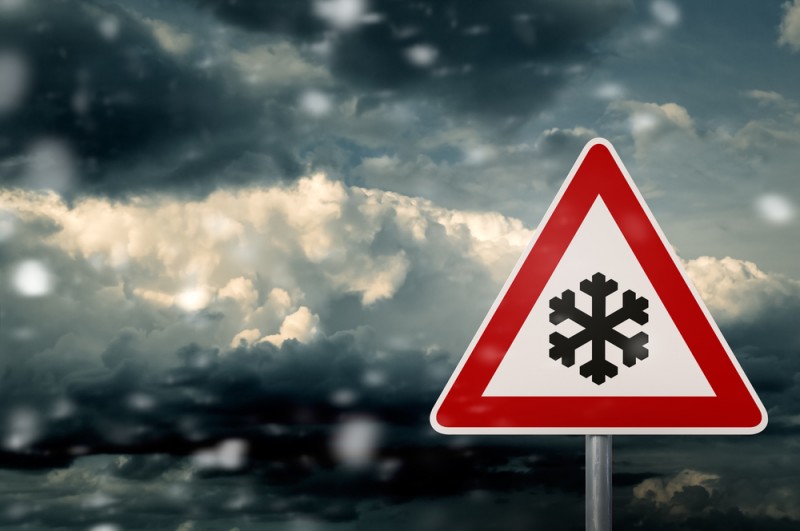 How You Could Play Snow and Cold Pains for Quick Gains

On winter storm Linus’ heels, a rash of arctic cold is slated to follow that will drop temperatures and have people turning up their thermostats.