For the uninitiated, CAPE is a variation of the traditional price/earnings ratio (P/E). Rather than simply looking at the most recent year’s earnings, CAPE values the stock market using a trailing 10-year average of inflation-adjusted earnings. Taking a 10-year average of the price-earnings (P/E) ratio smooths out the extremes of the business cycle.

Despite its recent popularity, CAPE is not the “Holy Grail” of investing. In fact, rival academic stock market guru Jeremy Siegel at the University of Pennsylvania’s Wharton School has argued that CAPE makes stocks seem more expensive than they actually are due to changes in accounting standards in the 1990s.

Nevertheless, a look at global stock markets ranked according to CAPE is revealing.

The U.S. stock market is, by a wide margin, the most expensive major stock market in the world. Only tiny Denmark trades at higher valuations.

This is not surprising, as both the United States and Denmark have been among the top-performing stock markets since the financial markets bottomed in March 2009.

That should give you pause…

Even as the U.S. markets hit record highs, the U.S. bull market is getting long in the tooth. Thanks in large part to collapsing earnings in the energy sector, some analysts are predicting the S&P 500 will see no earnings growth at all in Q1 of 2015. That would make it the worst quarter for S&P 500 earnings since Q3 of 2009, not long after the United States emerged from its recession.

So, what’s the antidote to buying expensive U.S stocks with stagnating earnings?

Just do the opposite…

Launched in March 2014, The Cambria Global Value ETF (GVAL), a current recommendation in my investment service, The Alpha Investor Letter, uses an approach similar to Schiller’s, but applies the CAPE methodology to 45 major world markets.

Using CAPE as an initial screen, and after narrowing the markets down to the cheapest 25% in the world and which also have market caps larger than $200 million while avoiding overconcentration in any single country, Cambria generates — and invests in — a portfolio of 100 global value stocks.

Why I Expect Global Value to Work

I just don’t see the same kind of upside in the U.S. stock market over the same time frame.

Second, the Cambria Global Value ETF invests in the cheapest markets in the world. So when global markets do rebound, I expect the bounce in these markets to be the sharpest and quickest.

Exclusive  Why Currency-Hedged ETFs are Increasing in Popularity

Third, stock markets eventually revert to the mean. Stock markets that are overvalued — such as the United States — tend to stagnate, and undervalued markets do tend to recover over time. Given the valuation gap between the United States and the rest of the world, the case for global value has rarely been more compelling.

Finally, most global value stocks are small- and mid-cap stocks. All other things being equal, small-cap stocks generate higher returns over the long term. While this insight was developed and tested as it applies to the U.S. stock market, further research has confirmed that this applies to global stock markets as well.

The Psychological Challenges of Value Investing

The idea of applying the tenets of value investing to global stock markets is not new.

After all, assembling a portfolio of global value stocks was the secret behind the long-term investment success of the father of modern global investing, the late Sir John Templeton.

As Templeton put it:

Still, investing in the cheapest stocks in the world is not easy — even if you can do so at the click of a mouse.

Note that this list includes all of the European PIIGS — Portugal, Italy, Ireland, Greece and Spain — all countries that threatened to collapse Europe’s economy. The list also includes global bad boy Russia, complemented with the highly unpopular Eastern European markets.

Looking at that list of countries may make you feel a bit queasy. That queasy feeling you have is precisely why value investing is not easy.

The bottom line is this…

I expect that investing in global stocks will outpace the S&P 500 by a wide margin for the remainder of this decade.

And I believe this is a question if “when” and not “if.”

So hold your nose and buy the Cambria Global Value ETF (GVAL).

In case you missed it, I encourage you to read my e-letter column from last week about the “Internet of Everything”. I also invite you to comment in the space provided below my commentary.

P.S. Watch a video of my appearance on Fox Business “After the Closing Bell” last Thursday discussing why I think European stock markets are set to have a strong 2015. 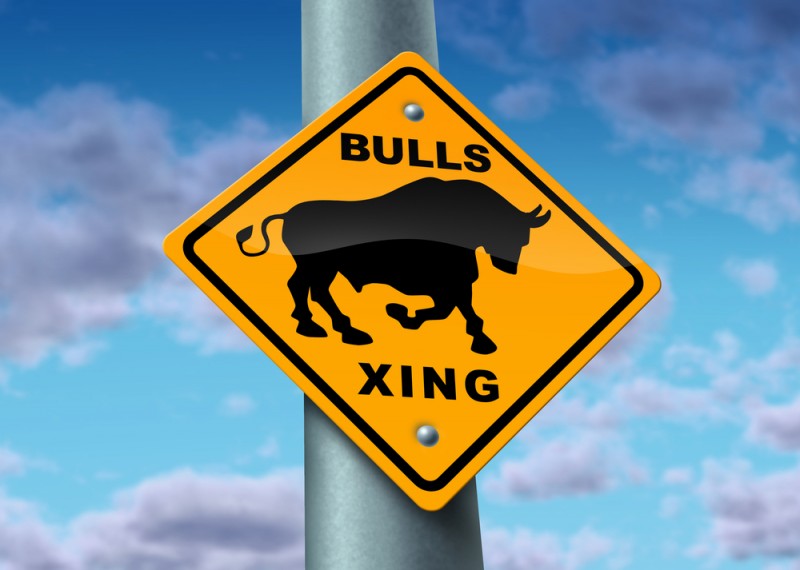 In the span of just nine trading sessions, the S&P 500 has rallied from key technical support at 1,980 (its 200-day moving average) to post a new all-time high as of Friday, clearing 2,093 in a broad-based move.

Exclusive  Why Investing in Japan is Still a No Brainer