With these broad-based gains in your portfolio, it is time to adjust your stops to lock in some profits.

The U.S. small-cap index has been on fire since the election. Moreover, it remains the sole major U.S. sector that has stayed strong even as the Nasdaq and S&P 500 have slowed their ascent in recent days.

Banking, in particular, has been one of the small markets’ strongest sectors, boosted by the prospects of faster economic growth and higher interest rates ahead.

This week’s Bull Market Alert recommendation, Home BancShares, Inc. (HOMB), is just such a banking small-cap momentum play, as well as a stock that has become a big favorite among some of the leading small-cap investment strategies.

Headquartered in Conway, Arkansas, Home BancShares, Inc. is a bank holding company. It is better known to the public through its wholly-owned subsidiary, Centennial Bank. The bank provides a broad range of commercial and retail banking, plus related financial services, to businesses, individuals and governments in Arkansas, Florida, Alabama and New York City.

Home BancShares has more going for it than just the general rally in small-cap bank stocks.

Last week, a U.S. Bankruptcy Court in Tampa, Florida, designated Home BancShares, Inc. as the winning bidder to purchase The Bank of Commerce, a bank that operates in the Sarasota, Florida, area. Immediately following the acquisition, Bank of Commerce will become part of Centennial, boosting Centennial’s footprint in Florida substantially.

With the stock overbought after last week’s news of the acquisition, I am holding off on making an option recommendation for now.

The TJX Companies, Inc. (TJX) gained 3.10%, rising each day after reporting positive earnings last Tuesday. Earnings per share (EPS) came in at $0.91 on revenue of $8.3 billion. Consensus analysts’ estimates called for $0.87 on revenue of $8.3 billion. Revenue pushed higher by 6.9% year-over-year, and TJX released fourth-quarter guidance looking for further earnings increases to $0.96-$0.98 per share. TJX is a BUY.

ABM Industries Incorporated (ABM) jumped 4.63% last week, adding to strong gains from the week prior. Although this position had been trading sideways for several weeks and consolidating before the recent presidential election, since the Nov. 8 election this position has recorded two back-to-back weeks of substantial gains. Now up 18% in your portfolio, ABM remains a BUY.

Cirrus Logic, Inc. (CRUS) also rose sharply last week, gaining 5.82%. CRUS hit a 52-week high at just over $58 back in late September. Since this time, CRUS has pressed up against this resistance level twice, once on the day of its last earnings report. This type of upwards pressure and technical trading typically bodes well for higher prices once there is a definitive break above $58. CRUS is a BUY.

Take-Two Interactive Software (TTWO) traded sideways last week, dipping just 0.65%. TTWO released big news recently via its 2K publishing wing, announcing that its NBA® 2K17 basketball title has partnered with Fitbit. This move is the first of its kind to give in-game rewards to players based upon “healthy activity” earnings tracked via their Fitbits. Gamers around the world who achieve 10,000 steps in a day tracked with their Fitbit device will receive a temporary attribute boost to their MyPLAYER in NBA 2K17, enhancing their MyPLAYER’s performance on the court. This development was big enough to push TTWO shares up 3% the day after the announcement and skyrocket usual trading volume by an astronomical 1,033%. TTWO is a BUY.

The Chemours Company (CC) powered 8.21% higher for its first week in your portfolio. CC is a classic momentum play, and it is good to start off with strong gains as some pullbacks are inevitable. CC hit a new 52-week high as it continued its recent strong run. CC is a BUY. 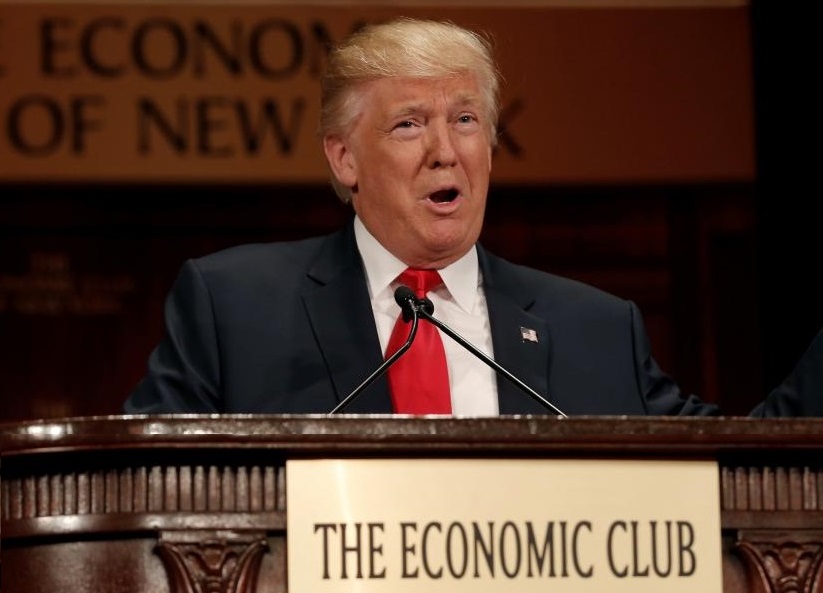 The surprising election of businessman and reality television star Donald Trump to become the next U.S. president could propel stocks in a number of highly regulated sectors, including health care, energy, financial services and industrials. That view stems from a recent analysis by several T. Rowe Price equity experts who are predicting where investors may find the best returns during a Trump administration. The clear signal they are sending is that some sectors are much better positioned th