Steve Moore Talks about How to Win the Presidency in 2016, Unions and Money

“If we are going to win this war of ideas, 2016 is the most important election of this century.”
— Steve Moore, chief economist, Heritage Foundation

I spent time last weekend with Steve Moore, the Heritage Foundation’s chief economist and a writer for The Wall Street Journal. Steve told me the Dream Debate of the Century between Paul Krugman and him, scheduled at FreedomFest, July 8-11, has generated a huge amount of buzz. “Everywhere I speak, that’s all they ask about,” Moore said. Krugman is the #1 New York Times columnist and an advocate of big government.

Moore and Krugman never before have faced each other in a formal debate. I will serve as moderator and we will address each topic directly: austerity vs. stimulus… red state vs blue state… progressive vs flat tax… and hot issues like inequality, jobs, minimum wage, ObamaCare and the national debt.

Steve said he recently convinced a group of voters in Chattanooga, Tennessee, not to unionize by telling them, “You don’t want to become like Detroit, do you?” It worked. They voted against the union.

John Mackey, co-CEO of Whole Foods Market, and co-ambassador of FreedomFest (along with Steve Forbes) has another great way to beat the unions: pay their workers (“team players”) more than what union workers get. As a result, there is no incentive to unionize, and Whole Foods Market remains a non-union grocery chain.

We are honored that John Mackey, our co-ambassador to FreedomFest (along with Steve Forbes), has been identified in the latest Fortune magazine as one of the 50 Greatest Leaders in the World. These are not just business leaders, but leaders in government, philanthropy, sports and the arts. John was selected for creating two revolutions — the new food movement and his new brand of “conscious capitalism.” 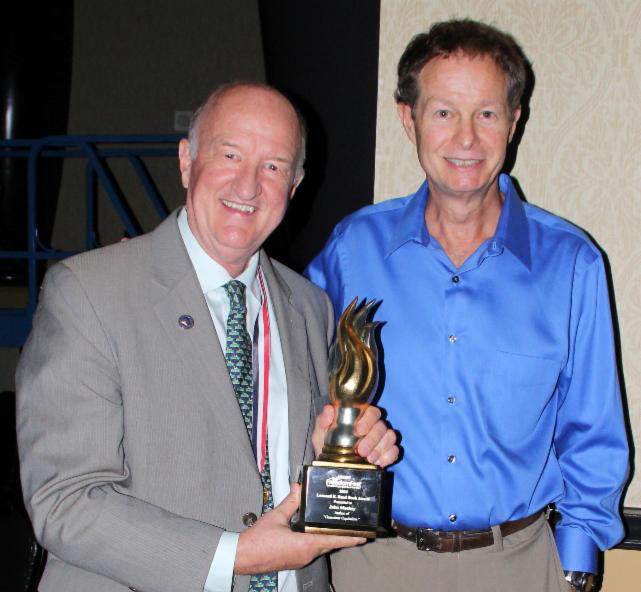 We are honored to have John Mackey at this year’s FreedomFest, and he will be there all three days, speaking on advances in healthcare… a debate with billionaire entrepreneur Peter Thiel on “Monopoly vs. Competition”… and another debate on “Spirituality vs. Materialism.” John will also be one of the judges in the $50,000 American Dream Award. You won’t want to miss this opportunity to meet John Mackey in person at FreedomFest (along with Peter Thiel and Harris Rosen). Sign up here or call toll-free: 1-855-850-3733.

In case you missed it, I encourage you to read my e-letter column from last week about whether we’re headed for another 1937-style recession. I also invite you to comment in the space provided below.

O Las Vegas Money Show, May 12-14, Caesars Palace: I will be the keynote speaker at this year’s Vegas Money Show! I will be speaking on “Is the Golden Age of Investing Over? Not for this Market-Beating Strategy!” Others speakers include Andy Busch, Marilyn Cohen, Roger Conrad, Bob Carlson, David T. Phillips, Jeff Hirsch, Mark Hulbert, Louis Navellier, Jim Stack and Wayne Allyn Root, as well as my Eagle Financial Publications colleagues Doug Fabian, Chris Versace and Bryan Perry.
Be a guest of Eagle Financial Publications and register for FREE by using priority code 038654 and calling 800-970-4355 (toll free in the United States and Canada) or signing up online.

O I want to invite you on a cruise, Sept. 13-20, with Newt Gingrich, Chris Versace and me, among others. I will be doing a special one-on-one interview with Newt Gingrich on the cruise. Come spend seven fabulous days aboard the six-star luxury liner, the Crystal Symphony. We will travel from New York to Montreal with a roster of noted historical scholars, political pundits and renowned market experts who will share their insights and perspectives on the current environment in Washington and Wall Street. For further information, including how to sign up, call 800-435-4534 or visit www.PoliticsAndYourPortfolio.com. Not to be missed! The deadline to sign up is April 30!

There's an old investment saying that you should buy what you know. If we did that, it surely would limit the number of companies in which we invest. Maybe that wouldn't be such a bad thing, but perhaps a better strategy would be to buy things you understand. That would open the gates to a number of companies, particularly if you understand the tailwinds that may be driving the business. A case in point occurred last week when Twitter (TWTR) took the wraps off Periscope, its new live streamin