Are There Better Options than Annuities for Income Investors?

“When I was young, I thought that money was the most important thing in life; now that I am old, I know it is.”

Currently, I am reading Tony Robbins’s bestseller, “Money: Master the Game.”  To be upfront, I’ve never been a fan of Tony Robbins and all the other motivational speakers who play on people’s emotions. Robbins is like a secular preacher who speaks in platitudes and works his audience into a frenzy to achieve the impossible. He may have some success stories but for the vast majority of people, his message is troublesome. They end up promoting some business or decision that inevitably is going to fail.

Now he has turned to the world of personal finance and investments. I’m always wary of self-promoters who enter a new field and act like they can master it quickly and write a book about it. To his credit, Robbins interviewed a number of smart people in the field, such as Jack Bogle and Carl Icahn. Robbins also says he considers John Templeton “the greatest investor of the 20th century.” But I wonder how much of their advice he has absorbed.

He may have been led astray by Warren Buffett, who refused to be interviewed by Robbins and instead told him that the best advice is to buy index funds — just the opposite of what Buffett himself does.

“Money” is a huge book, topping 600 pages, but let me comment right now on his chapter on fixed annuities. He’s a big fan. He tells the story of his son, Josh, who “has been in the financial services industry his entire adult life.”

The retiree said he needed immediate income, so Josh gave him three options:

In sum, Josh sold him an immediate annuity.

Funny, Josh chose the option that paid him the most commissions.

Honestly, fixed annuities may not be a bad deal for investors who are risk averse. I recommend you contact the world’s #1 expert on annuities, Stan the Annuity Man, who speaks regularly at all the MoneyShows and my own FreedomFest conference. Go to www.stantheannuityman.com. He will be speaking at FreedomFest on “Tony Robbins and the Truth about Annuities.” That presentation is highly recommended: visit www.freedomfest.com for details. Stan can tell you which annuities are the best and which you should avoid.

Exclusive  How to Profit from the Income Investing Panic of 2015

But there’s a fourth option that may even be better than annuities — if you can handle the volatility. And that’s dividend-paying stocks that pay monthly and quarterly dividends. If you play your cards right, you can buy a collection of dividend-paying stocks that will not only pay you more income every year, but offer you a good chance of making your investments grow.

In fact, if the 65-year old retiree had kept his money in stocks, he would be worth more than $1.5 million today, and that’s not including dividends.

One of the downsides to annuities is that your portfolio can’t grow. The 65-year-old retiree will never see the value of his $500,000 grow if he invests in fixed annuities, and gradual inflation will erode his investment.

I recommend that you follow the Lowell Miller “peace of mind” approach (Miller is a money manager who specializes in income and growth stocks). Invest in quality companies that pay above-average dividends and are likely to raise those dividends over time.

Jeremy Siegel has said it best: “Dividends are the critical factor giving the edge to most winning stocks in the long run.”

I have a list of a half dozen stocks in my Forecasts & Strategies newsletter that fit this category: visit www.markskousen.com for details.

One of Time Magazine’s Top 100 to Address Us!

Now, here’s the Big News. For at least five years now, I’ve been trying to get Glenn Beck, former Fox News anchorman and one of Time magazine’s Top 100 Most Influential People in the World, to speak at FreedomFest. 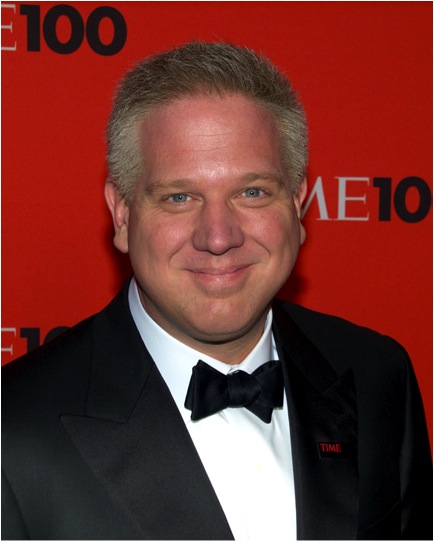 Now, with the help of Matt Kibbe and FreedomWorks, it’s happening! I am pleased to announce that Glenn Beck has accepted my invitation to speak on the subject, “We Will Not Conform!” His remarks will be followed by a private breakfast. His new book, “Conform: Exposing the Truth about Common Core and Public Education,” is his best book yet. When I think of Glenn Beck, I think of the term “non-conformist.” You can’t beat the market unless you are a non-conformist.

You won’t want to miss this opportunity to meet one of the most transformational leaders today. He will be joined by Senator Mike Lee, one of the most respected senators today and author of the new book, “The Lost Constitution,” and Congressman Justin Amash, considered the “next Ron Paul” among libertarian Republicans. Only at FreedomFest.

Our big conference is just three months away. NOW is the time to sign up and join us, while tickets and hotel rooms (Planet Hollywood) remain available. More than 1,000 people have already signed up, and we will probably sell out with Glenn Beck coming, along with all the other great speakers, panels and debates, including our full three-day financial freedom conference (with billionaires Peter Thiel and Steve Wynn, along with financial gurus Alex Green, Bert Dohmen, Peter Schiff and many more).

We just got word that the Daily Mail, “the world’s largest news website,” will be covering our conference. Move over, New York Times!

Read about all of the speakers, panels and debates. Register online or call us at 1-855-850-FREE. See you there!

You Blew It! How the State of California Made the Drought Worse

I have been living in Southern California for the past four months and have witnessed firsthand the results of one of the worst droughts in history.  With little rain, California is dependent on reservoirs and out-of-state sources to provide the water needs of California consumers, business and agriculture.

Now Governor Jerry Brown has mandated a 25% statewide reduction in water use. Of course, the best solution is to raise the price of water to ration it efficiently, but that is politically not acceptable. So we end up imposing various restrictions on water use.

It hasn’t helped that the radical environmentalists and state officials stopped building dams and reservoirs in California years ago. I’ve been told there’s plenty of water if we could just capture it in reservoirs. 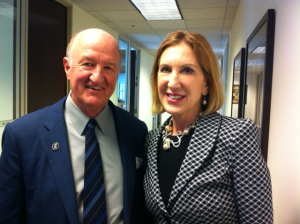 On Tuesday, I met with former Hewlett Packard CEO Carly Fiorina at a meeting with supporters, and she blamed environmentalists for what she called a “man-made” drought in California.

“With different policies over the last 20 years, all of this could be avoided,” Fiorina, a likely 2016 Republican presidential contender, said in an interview with radio host Glenn Beck (a speaker at this year’s FreedomFest). “Despite the fact that California has suffered from droughts for millennia, environmentalists have prevented the building of a single new reservoir or a single new water conveyance system over decades during a period in which California’s population has doubled.”

Exclusive  IPOs from the NFL

Fiorina, California’s 2010 GOP nominee for U.S. Senate, said it was a classic case of government officials “being willing to sacrifice other people’s lives and livelihoods at the altar of their ideology. It is a tragedy.”

She is seriously considering coming to this year’s big FreedomFest show in Vegas. She would be a good speaker because of her background in business. Other business leaders coming to FreedomFest this July 8-11 include billionaires Steve Wynn, Peter Thiel, John Mackey and Steve Forbes. For more details go to www.freedomfest.com.

In case you missed it, I encourage you to read my e-letter column from last week on Eagle Daily Investor about the presidency, unions and money. I also invite you to comment in the space provided below my commentary.

O Las Vegas Money Show, May 12-14, Caesars Palace: I will be the keynote speaker at this year’s Vegas Money Show! I will be speaking on “Is the Golden Age of Investing Over? Not for this Market-Beating Strategy!” Other speakers include Andy Busch, Marilyn Cohen, Roger Conrad, Bob Carlson, David T. Phillips, Jeff Hirsch, Mark Hulbert, Louis Navellier, Jim Stack and Wayne Allyn Root, as well as my Eagle Financial Publications colleagues Doug Fabian, Chris Versace and Bryan Perry.

Be a guest of Eagle Financial Publications and register for FREE by using priority code 038654 and calling 800-970-4355 (toll free in the United States and Canada) or signing up online.

O I want to invite you on a cruise, Sept. 13-20, with Newt Gingrich, Chris Versace and me, among others. I will be doing a special one-on-one interview with Newt Gingrich on the cruise. Come spend seven fabulous days aboard the six-star luxury liner, the Crystal Symphony. We will travel from New York to Montreal with a roster of noted historical scholars, political pundits and renowned market experts who will share their insights and perspectives on the current environment in Washington and Wall Street. For further information, including how to sign up, call 800-435-4534 or visit www.PoliticsAndYourPortfolio.com. Not to be missed! The deadline to sign up is April 30!

How You Can Teach Yourself to Be a Better Investor

You’re probably an avid investor. Even if you aren’t, and you’re just trying to sharpen your skills, there are a number of ways to do so. Sure, you can read as many annual reports, corporate filings and press releases as you can carry, but there are other aspects that can help you become a better investor. Learning from the past can prove valuable, be it from investments that have worked out big time or ones that have been harder to deal with than pulling a bandage off a cut. Fortunatel