Looking Past Greece to America’s Heartland

The bell is about to toll regarding the future direction of Greece’s role in the euro zone, be it a compliant role of fiscal responsibility or a radical role that will lead to an exit as a member with draconian capital controls being imputed upon it by the International Monetary Fund (IMF) and European Central Bank (ECB). The operating consensus is that a default by Greece will not be systemic to the regional or global financial systems and that German Chancellor Angela Merkel is pulling out all the rational stops to get a deal done, with the latest set of terms being called “generous.” But as of this writing, Greece is still balking.

The U.S. bond market’s reaction has been one of almost total disregard, with the 10-year Treasury Note yield rising to 2.47% after the Michigan Consumer Sentiment Survey for June came in at 96.1 versus a forecast of 95.0. Recent gains in the labor market, personal spending and housing data suggest the Fed may greenlight a quarter-point hike in the Fed funds rate at the September Federal Open Market Committee (FOMC) meeting. Conversely, manufacturing data has been soft, the blame being put on the strong dollar. It’s very odd that rates are pressing higher while the energy, industrial and transportation sectors are plumbing fresh lows for the quarter.

What is showing up on my screen for the first time in a long while is how firmly the agriculture/farm equipment stocks are trading. Deere & Co. (DE), a darling in the space, is breaking out to a new three-year high. The big fertilizer stocks, Agrium (AGU), Mosaic (MOS) and CF Industries (CF), are all turning up on rising volume. The protracted downtrend in wheat, corn and soybeans has abruptly reversed up this week, and just maybe it’s time to consider a high-yield agriculture play.

Exclusive  To Achieve Financial Freedom, Should You Diversify or Concentrate?

The best, and really only, way to participate from an income investing standpoint is to consider the nitrogen fertilizer master limited partnerships (MLPs) that serve the corn-growing market. The biggest input into making nitrogen fertilizer is natural gas, currently trading at $2.80/MMBtu, near the low end of a multi-year range. When the cost of the primary commodity is 50-70% cheaper than it was two years ago, it’s time to think hard about getting back into the fertilizer sector.

Fortunately, Cash Machine has a rich history of being involved with the leading MLPs in this space. Subscribers have rung the register on about a half-dozen occasions. From what is available to investors, three names come to mind that make the watch list:

The yields vary widely and are determined by taking the most recent distribution and multiplying by four, which can misinterpret the future payout by a country mile. These MLPs are not for the faint of heart, either, but every sector has its day in the sun. After a protracted downturn for agriculture, it’s worth keeping a close eye on these income-producing fertilizer stocks looking for confirmation that a bull run in corn is in the offing. 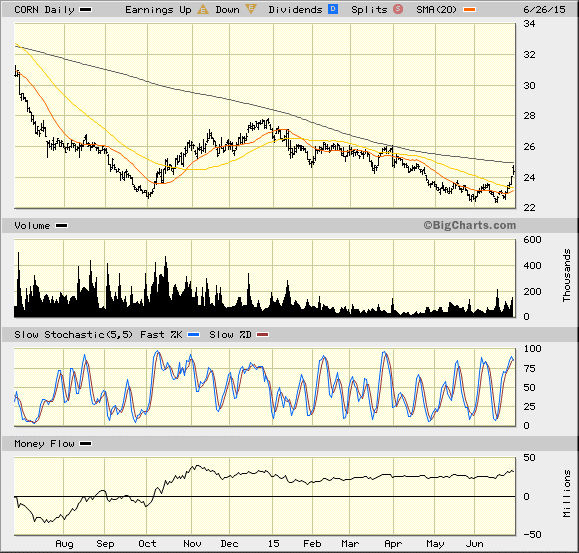 The one-year chart of the price of corn showed a strong move up last week to its 200-day moving average, which has proven to be a strong level of overhead resistance for well over a year. A break above the $25 level on volume would signal a reversal of the trend and a potential greenlight to get long in some income-generating nitrogen fertilizer. So as investors flee the fixed-income market in the wake of long-term rates ticking higher, there are plenty of places to rotate capital to when inflation and commodity prices begin to recover — and one doesn’t have to go off the farm to zero in on at least one good place.

In case you missed it, I encourage you to read my e-letter column from last week about why the FOMC announcement was not surprising. I also invite you to comment in the space provided below my commentary. 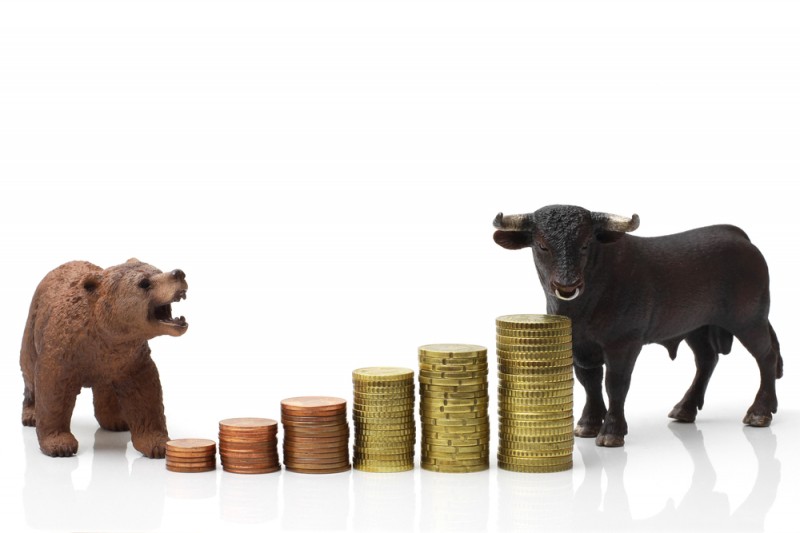 Conventional wisdom explains that it is vitally important for any investor to diversify his or her holdings. This is intended to minimize risk from movements or events that disproportionately hurt one type of investment. A fund that offers a way to gain the benefits of diversification is Arrow Dow Jones Global Yield ETF (GYLD). This fund takes a balanced multi-asset approach across five different strategies. Its holdings emphasize dividends and are based on five separate, spe