Cannabis Corner: Not Everyone Cheers Kamala

Will You Panic When the Next Crisis Hits?

The biggest threat to your portfolio is “fear” — fear of the next bear market that might force you to sell prematurely when a temporary crisis hits.

The Greek debt crisis is a case in point. On Monday, the markets worldwide sold off hard on news of a potential default by Greece on its sovereign bonds.

Then the Greek government defaulted Tuesday on its 1.6 billion euro ($1.1 billion) loan payment to the International Monetary Fund (IMF). And guess what? Stocks have rallied!

In a referendum this Sunday, Greek citizens will vote to either accept the European Union/IMF bailout terms or abandon the euro.

This idea is unsettling to investors, of course. We all know what happens when individuals or companies go bankrupt. But nations?

It has happened before — and with debtors bigger than Greece. So let’s put the current scenario in perspective. Fourteen years ago, Argentina — with an economy twice the size of Greece — defaulted and world markets barely shrugged.

I believe a default by Greece would elicit a similar response for three reasons:

I don’t mean to make light of the problems facing the Greeks. Unemployment is high. Nearly 40% of Greek children live in poverty. The economy is one-quarter smaller than it was seven years ago. And a return by Greece to the drachma and an exit from the euro would send interest rates soaring and the Greek economy into a deepened hole.

But the nation’s economy is roughly the size of Rhode Island’s. The effect on global gross domestic product (GDP) will be indiscernible.

The problem, of course, is if Greece’s problems eventually spread to Italy, Portugal, Spain or Ireland. Right now, the bond markets are telling us that scenario is unlikely.

So there’s no reason to flee world equity markets at the moment. However, tensions are running high and investor psychology has been scarred by the June 29 sell-off.

The Greek debt crisis is going to be a major debate topic between Paul Krugman and Steve Moore at this year’s FreedomFest — starting next week. In a June 29 column in the New York Times, Krugman blamed the whole Greek mess on “austerity,” rather than the real cause, wasteful and excessive government spending. Krugman wrote that he thinks the euro was a major mistake. Steve Moore counters that it’s a noble experiment that eventually will prove to be a success. Who wins? Come and see at the most explosive debate in this century!

We just got word that C-SPAN or other TV coverage will NOT be allowed to cover this explosive debate. If you want to see the Dream Debate of the Century, you must see it in person at FreedomFest. I urge you to sign up now before we sell out! Register here: http://freedomfest.com/register-now/.

Giants of Capitalism Are Coming to FreedomFest

We’re getting a huge crowd coming to FreedomFest. More than 200 people signed up in just the last week! We will be close to 2,000 attendees by showtime. Several top business leaders have told me they are flying into Vegas for our big show. A real estate investor is flying on his private jet from Florida. We just confirmed that Andy Puzder, CEO of CKE Restaurants (owners of Carl’s Jr. and Hardee’s), will be joining us. He is an outspoken advocate of “enlightened capitalism,” and blames new government regulations for crippling job creation in America. You won’t want to miss his story and his solutions. 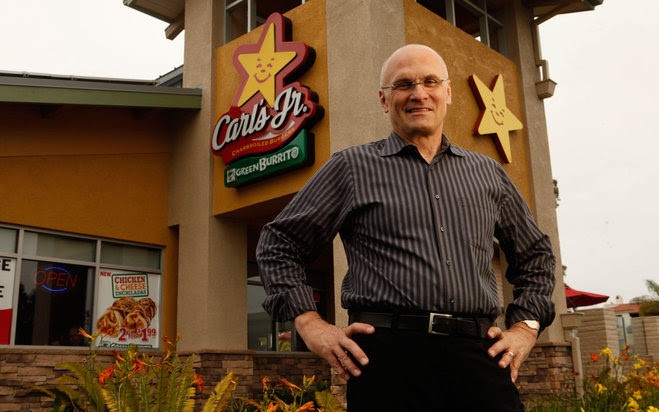 Here’s your chance to rub shoulders with the giants of capitalism. These are the men who have the real solutions to our problems and how to restore the American dream of good jobs, affordable housing and healthcare and the leisure time to pursue your own happiness.

We don’t even have a Green Room for speakers to hide out. They attend FreedomFest just like everyone else.

Meet Steve Wynn, the “uncrowned king of Las Vegas,” John Mackey, co-CEO of Whole Foods Market, Peter Thiel, one of the original investors in Facebook and PayPal, and Steve Forbes, among others. But you can only do so at FreedomFest, which starts next Wednesday. Yes, you can still register. Hear and meet more than 250 experts on every topic imaginable — plus a full three-day investment conference. The full conference schedule is now online. Sign up here or call toll-free 1-855-850-3733.

Our room block at Planet Hollywood is full, but we just arranged for $109 room rates at the Paris Resort next door. For details, go to http://freedomfest.com/hotel/.

You Blew It! Replace Alexander Hamilton on the $10 Bill?

Finally, I agree with Ben Bernanke, the former Fed chairman, on something. He and I agree that it’s a big mistake to replace Alexander Hamilton, the father of the nation’s financial system, on the $10 bill with an unnamed woman.

Hamilton not only was a trusted aide to General George Washington during the American Revolution, but a major force in ratification of the U.S. Constitution (one of the three most important authors of “the Federalist Papers”). As the first Secretary of the Treasury, he was pivotal in consolidating the war’s debts, set up a tax-collection system that put America on sound financial footing (unlike France) and introduced plans for the U.S. Mint (gold and silver standard).

Bernanke rightly points out that Hamilton founded the nation’s first major private bank and oversaw the chartering of the First Bank of the United States, a precursor to the Federal Reserve. He is the father of paper money in the United States.

If Treasury Secretary Jack Lew wants to put a woman on a dollar bill, why not replace Andrew Jackson on the $20 bill? Jackson hated paper currency and central banking, and in 1832 he defeated the renewal of the charter of the Bank of the United States. He also grossly mistreated the Indians.

The choice is clear — replace Jackson with a famous woman (my choice would be “Atlas Shrugged” author Ayn Rand) on the $20 bill, and keep Hamilton.

O I will be attending the San Francisco MoneyShow, July 16-18, at the Marriott Marquis. To register, click here. Mention priority code 038970.

In case you missed it, I encourage you to read my e-letter column from last week on Eagle Daily Investor about the best tax policy for investors. I also invite you to comment in the space provided below my commentary. 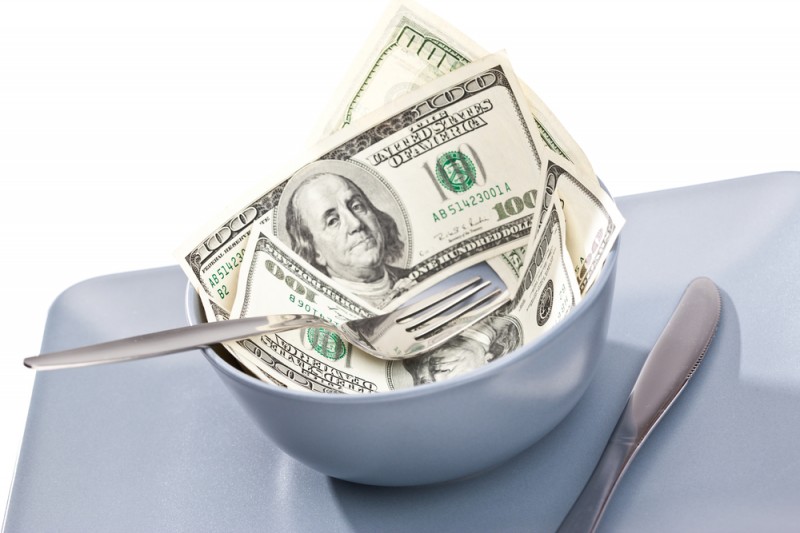 Last night, we closed the books on the June quarter, and, in many ways, it was one that at the outset was expected to be better than the March quarter. However, as we learned, that wasn’t in the cards. For a variety of reasons, the second half turned out to be weaker than expected, and this was clearly reflected in the performance of the major stock market indices. The S&P 500, my preferred benchmark, closed the first half of the year up a paltry 0.2% -- let’s be honest, that’s essenti