The ‘Critically Counterintuitive’ Rules of Investing 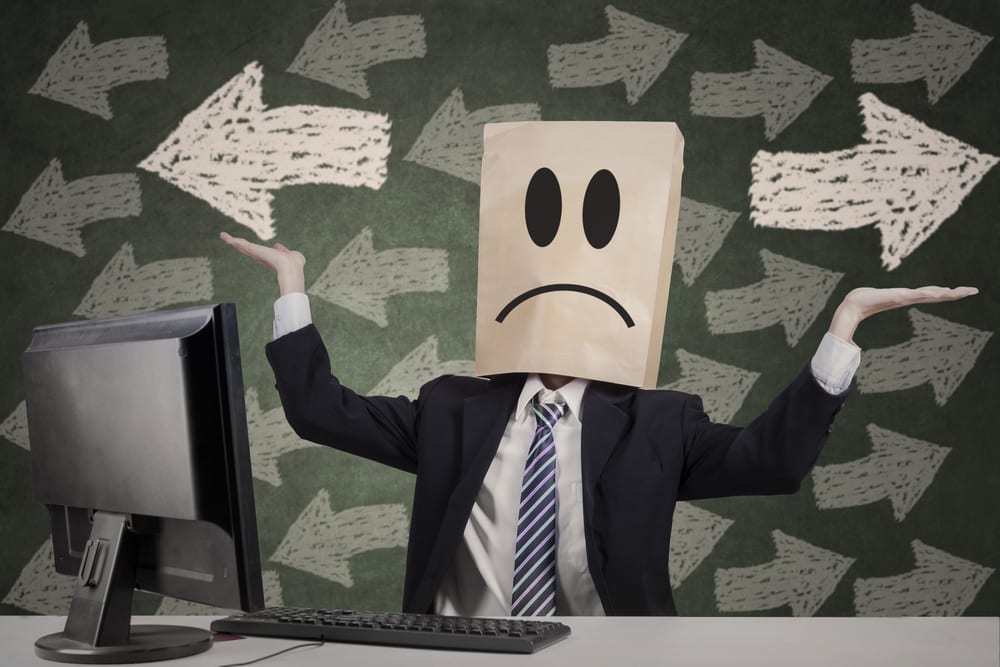 A few years ago, I came across the concept of the “critical counterintuitive.”

It’s one of the most compelling mental models I have ever come across. And it’s also one that you can readily apply to the world of investing.

The “critical counterintuitive” is “critical” because little else really matters.

It is “counterintuitive” because the world works in ways almost exactly opposite to the way you think it does.

The “nice guys” who take the flowers and candy route rarely get the girl.

The smartest kid in the class rarely becomes rich and famous.

The class clowns who make it big are oftentimes the most unhinged, the trappings of material wealth notwithstanding.

And understanding how you can apply this mental model can spell the difference between your investment success — and utter disaster.

The role of luck in investment success is deceptively subtle.

You may think that investing $10,000 into one stock that makes you $1 million would be the best thing that could ever happen to you.

But you’d be wrong.

Having enjoyed such phenomenal success, you’d suddenly think that you’d cracked the code of the markets. The next time around, you bet your house, your car and your life savings on another “can’t lose” investment. Maybe you’d win this time as well. You calculate that if you do it only one more time, you’d have $100 million in the bank.

Eventually, however, your luck runs out. Your last investment flops. And since you bet the farm, you not only lost your shirt but also you’re deeply in debt.

You are worse off than when you started.

Moreover, you also spend the rest of your life trying to replicate your initial trade, telling yourself that you’ve learned your lesson, and if you do it only one more time, you’ll take all your chips off of the table.

That’s the problem with sudden wealth, whether it comes from a big bet on a stock tip or buying a winning lottery ticket. Any Psychology 101 student can cite the study according to which almost all lottery winners end up poorer five years after they’ve won than beforehand.

As a wise man once said, “If you win a million dollars, you’d best become a millionaire. Because then you get to keep the money.”

The lesson? Understand that if you have ever won a big investment bet, you were at least as lucky as you were smart. But over the long term, there are no shortcuts. Making money on a consistent basis is a grind that is one part “insight” and ten parts “discipline.”

The philosopher Friedrich Nietzsche once observed that “any explanation is better than none.”

I disagree. Sometimes, in the investment world, no explanation is really necessary — or relevant.

Today, we suffer from the paradox of information overload. If you have a smartphone in your pocket, you can access more information about the financial markets than the world’s top hedge funds did 20 years ago. Yet, I bet your investment returns have not improved one iota as a result.

Not only do we seem incapable of divining the future, we can’t even seem to agree on what happened. Was the credit crunch a result of Greenspan’s monetary policy, Bernanke’s incompetence or President Clinton’s “affirmative action” for low-income borrowers? Or was it just a classic mania?

We crave explanations because they give us an illusion of control.

But it gets even worse.

Even those Cassandras who got their analysis “right” in predicting the credit crunch weren’t able to turn their accurate insights into money for their clients.

And truth be told, time hasn’t been kind to their predictions either.

Gold didn’t hit $5,000 an ounce. The U.S. dollar didn’t implode. Treasuries didn’t collapse. Analysts who promised to “crash-proof” their clients’ portfolios ended up losing more money for their clients than if they had stuck with simple index funds.

Successful investors are effective in the long term because they admit their mistakes.

As the world’s greatest speculator, George Soros, said, “My system doesn’t work by making valid predictions. It works by allowing me to recognize when I am wrong.”

I’d add something to that.

When you are smart, you are used to being 100% correct. You just can’t take the possibility of being wrong. So you stick to your guns, even when the market is telling you otherwise. That’s why overeducated Wall Street analysts make such lousy money managers. And it is why hedge-fund managers who flaunt their intelligence inevitably flounder.

Think about it this way…

If high intelligence were the key to successful investing, top business school professors and economists would be the wealthiest guys on the planet. Instead, the Forbes 400 is populated by dropouts from places like Harvard (Bill Gates) and Stanford (the Google guys). None could have gotten a job on Wall Street, let alone taught at a top business school.

That’s also why poker players make the best traders and investors. They play each hand as it is dealt them. If they get a bad hand, they fold. They play the investment game the same way.

Perhaps that’s also why a former dean of Harvard College, Henry Rosovsky, observed about Harvard students: “Our A students become professors. Our B students go to law school. Our C students rule the world.”

After all, it was those C students who stayed up all night playing poker with Bill Gates.

So how can you use these “critically counterintuitive” rules to improve your investment returns?

First, never bet too big on one idea. You may get lucky once. Maybe even twice. But your luck eventually will run out.

And if you bet the farm, you are out of the investment game for good.

Second, don’t delude yourself into thinking that you have special insight into the market. Bring that attitude to your investments, and you will have your head handed to you. And it’s not a question of “if” but “when.”

Third, learn to think of your investments like a hand in a poker game. Up the ante when you are lucky enough to get a good hand.

But also be prepared to fold — and to fold often.

Here’s hoping that you were born lucky!

Until then, I wish you a very Merry Christmas and Happy Holidays.

In case you missed it, I encourage you to read my Global Guru column from last week about the historical basis of the “small-cap effect.” I also invite you to comment in the space provided below my commentary.