It was yet another strong month for your Smart Money Masters portfolio, at a time when U.S. stock markets ended below where they started.

Charlie Munger’s favorite stock, Costco (COST), recovered 1.97% as the retailing giant announced better-than-expected same-store sales. Costco also announced that it would launch a delivery service to compete with Amazon. The service initially will begin in Tampa, Florida, and will expand to 50 markets and over 30 million households by the end of this year.

Even as the “Trump rally” faded, consumer confidence continued to surge. Both the Conference Board’s and the University of Michigan’s long-running surveys recorded levels near the 90th percentile. Numbers have not been this high since the dotcom boom in December 2000.

Surprisingly, such positive sentiment doesn’t tell us much about the outlook for the U.S. stock market. On balance, there is more upside if consumers are pessimistic. At the same time, we are far from the kind of euphoria that signals a market top.

Finally, congratulations to my Harvard Law School classmate and friend Neil Gorsuch on his confirmation to the United States Supreme Court. No matter where you stand on the political spectrum, you should know that Neil is a fine man who will do a terrific job in the highest court of the land.

You can see a letter of support that I signed along with some of my Harvard Law School classmates by clicking here.

Betting the Farm on a Fallen Tech Angel

This month’s Smart Money Masters recommendation — BlackBerry Ltd. (BBRY) — is a daring contrarian bet by one of the world’s best investors you have never heard of.

Today, BlackBerry Ltd. is Fairfax’s largest holding. At the end of 2016, Fairfax held around 46.75 million shares of BlackBerry to account for an eye-popping 27.52% of its stock portfolio.

Investing in a company that many investors had left for dead is a classic move for Watsa.

And it is contrarian investments like BlackBerry that have helped Watsa compile a remarkable investment record.

Since founding the company, Watsa generated a 25% compounded annual growth in Fairfax’s book value over its first 25 years. Looked at another way, Fairfax’s stock originally listed at about $4 per share. Today, it trades at around $612.

Of course, you could do worse than investing in Fairfax Holdings (FFH.TO) itself. Much like investing in Berkshire Hathaway (BRK-B) or Markel Corporation (MKL), it would be a relatively low-risk way to benefit from Watsa’s investment acumen.

Watsa became a dyed-in-the-wool value investor after his boss at his first job gave him a copy of Graham and Dodd’s “Security Analysis.” He took this same philosophy to Fairfax, and he regularly cites value investing as his firm’s driving philosophy.

Much of the challenge of being a value investor is to ignore some of what the market is telling you.

“Don’t automatically assume that because your stock sank 20% in a week that you did something wrong, or that your company is going down the tubes. In contrast to what business schools all over the world like to preach, markets are inefficient. Have the faith in your own judgment to ignore the movements of the market and Wall Street.”

Despite his nickname as “the Warren Buffett of Canada,” Prem Watsa likes to keep a low profile.

Much like Buffett and his relationship to Berkshire Hathaway, Prem Watsa is the founder, chairman and chief executive of a diversified insurance company, Fairfax Financial Holdings, based in Toronto, Canada.

As the Toronto Star put it: “Watsa is the richest, savviest guy you never heard of.”

Watsa’s personal journey began when — after taking inspiration from Napoleon Hill’s “Think and Grow Rich” — he arrived in London, Ontario, in the winter of 1972. He had just $8 in his pocket.

Watsa had come from India to live with his brother David and to earn an MBA at the University of Western Ontario. Watsa paid his way through school by selling stationery and small gifts door to door.

In 1974, his MBA in hand, Watsa interviewed at insurance giant Confederation Life in Toronto. As Watsa puts it, “You know why I got that job? Because I got a call for a second interview, and the other three didn’t show up.”

At Confederation Life, Watsa’s boss gave him a copy of “Securities Analysis” by Benjamin Graham and David Dodd.

First published in 1934, it is considered the Bible of value investing. Watsa was so inspired by the book, he even named one of his children after Benjamin Graham.

By 1985, Watsa had left to launch a company that would eventually morph into Fairfax Holdings. From Day One, Watsa modeled his company on Warren Buffett’s Berkshire Hathaway.

Today, Fairfax Holdings has property and casualty insurance and reinsurance companies in Canada, the United States and almost a dozen other countries worldwide. It also holds stakes in numerous companies, including BlackBerry and IBM.

Adhering to the tenets of value investing has allowed Watsa to ignore Mr. Market’s mood swings, and take significant positions in companies most investors have abandoned.

As a value investor, Watsa likes to buy stocks when they are down and out.

As Watsa once put it, “Value investing is all about downside protection — and then trying to make a return on the upside.”

Yet, Watsa is more than just a pure value inves- tor. His contrarian streak also reflects the influ- ence of Sir John Templeton.

This is Not Your Father’s BlackBerry

When you hear the word “BlackBerry” you probably think of the early pre-smartphone keyboard mobile phone that became a cultural icon before the arrival of the iPhone in 2007.

BlackBerry debuted the first mobile device with email capabilities back in 1999. By the time it peaked in 2007, BlackBerry had boasted a 40% market share. Despite its early dominance, it was unable to adapt to the advent of the smartphone era. BlackBerry’s stock price tumbled from above $230 a share in 2007 to $6 and

$7 only six years later. Investors wrote off the company as dead. Its stock was among the most shorted in Wall Street.

Today, BlackBerry is out of the phone manufacturing business. The only BlackBerry phones you see on sale are manufactured by companies that have licensed the BlackBerry brand name.

Therein lies the disconnect between the perception and reality of BlackBerry. The company

is valued by analysts as a failing mobile handset producer rather than as a rapidly evolving software-only provider.

In 2013, at Watsa’s urging, BlackBerry hired current CEO John Chen, who had experience in turning around struggling tech companies. Chen led the transformation of BlackBerry into a software company.

This was Chen’s strategy.

First, Chen outsourced the manufacturing of BlackBerry’s smartphones to Chinese smartphone maker TCL Communication. BlackBerry simply gets a cut from all device sales based on a licensing agreement.

Second, Chen capitalized on BlackBerry’s reputation for reliable software security to refocus its business on cyber-security products. BlackBerry’s software always has been uniquely secure. That’s why you always saw President Barack Obama carrying a BlackBerry and not an iPhone. And in today’s world, security is an ever more important issue. As part of this effort, BlackBerry purchased Good Technology for $425 million in 2015.

QNX dominates a niche in the market for software outside of mobile phones and is featured in surgical equipment, nuclear power plants and, most importantly, automobiles.

Rather unexpectedly, the QNX acquisition made BlackBerry a big player in the fast-growing and innovative industry of autonomous driving and connected car technology. This booming sector is expected to grow 36% per year through 2022.

Today, QNX already controls more than 50% of the market for infotainment systems in cars. The QNX system is also used in over 50 million vehicles to link the internal devices and sensors related to parking assistance and recognition software.

As part of this effort, BlackBerry has teamed up with companies like Intel (INTC) and Ford (F), Mercedes-Benz and BMW. Ford recently announced that it is hiring 400 BlackBerry engineers to work on new connected car technology. The latest version of QNX software already has over 60 partners signed up to develop for it, including ARM and Intel.

The transformation of BlackBerry is bearing fruit. BlackBerry had established a long pattern of losing money, each and every quarter. This all changed this past quarter.

BlackBerry surprised investors by announcing positive earnings of $0.04 per share. Revenues of $297 million also beat analysts’ estimate of $289 million. Notably, revenue from software and services hit $193 million, up 25% from a year ago. BlackBerry also signed up 3,500 new customers in the last quarter, a 16% increase.

Consensus estimates for BlackBerry’s earnings surged 11.1%. Credit Suisse now expects the company’s software and services revenues to grow between 13% and 15% during BlackBerry’s fiscal 2018 and 2019. RBC believes that the company can generate $968 million in revenue by 2019. That’s almost double 2016’s $527 million.

This pattern of a turnaround in a significant holding of his is a familiar one to Prem Watsa.

Asked why he invested in the struggling BlackBerry, Watsa said:

“These things go in cycles. Most people think that when companies do really well, they’ll never not succeed. And when companies go down, they’re going bankrupt. The reality is different. BlackBerry used to be $140 (a share). Every stock analyst loved it. Today it’s $10. Few stock analysts like it. Meanwhile, Apple shares have risen from $5 to $700, and are now less of a buying opportunity. You have to remember that the business flows up and down.”

Investing in BlackBerry today is so contrarian that it hurts. And you may find it difficult to pull the trigger. But that’s the way the very best investments feel when you make them.

So buy BlackBerry Ltd. today, and place your stop at $5. I’ve given this stock a high-risk rating of 5. 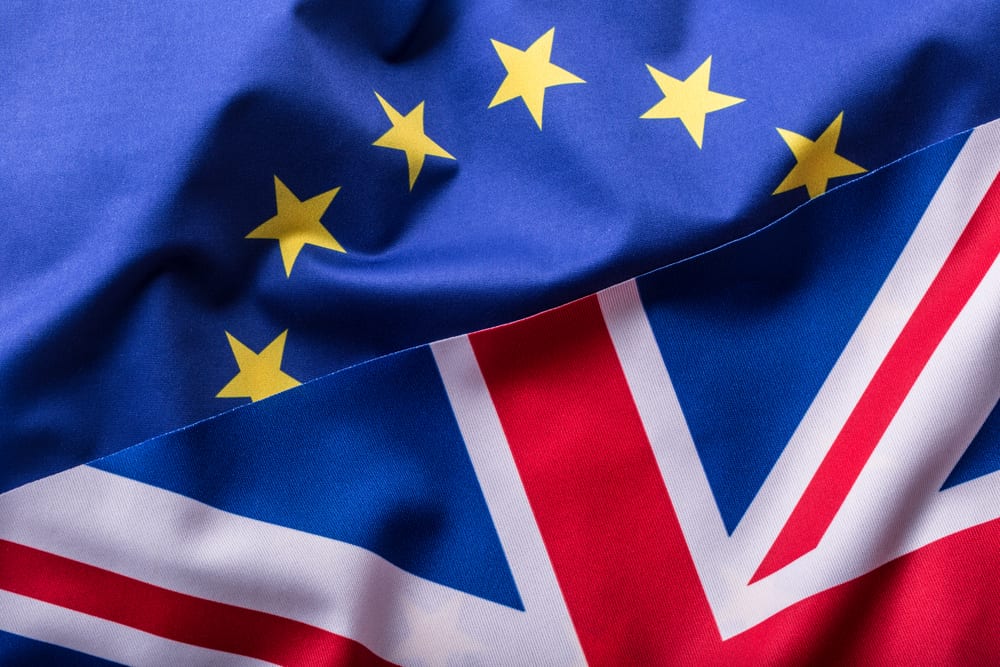