Is Wall Street a Fraud? Adam Smith vs. Bernie Sanders 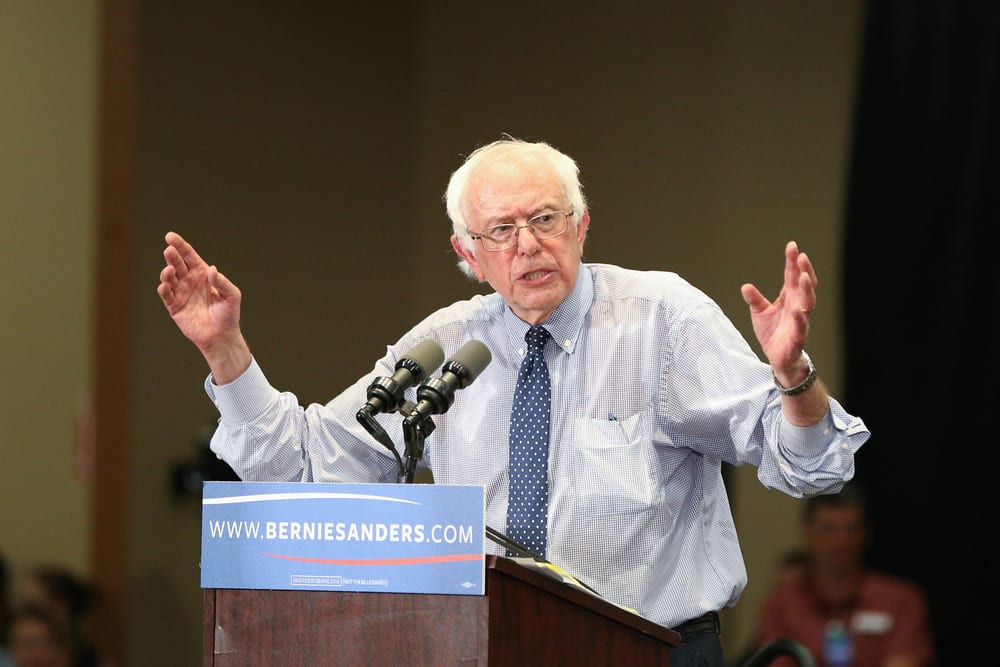 “The business model of Wall Street is fraud.” — Bernie Sanders, a democratic socialist who is running for U.S. president

I’m teaching a class on financial economics at Chapman University in Orange, CA this spring, and right now we are discussing the image of Wall Street.

I start off with quite a few quotations from famous economists and critics who have a negative view of Wall Street, such as:

“Wall Street is a gambling house peopled with dealers, croupiers and touts on one side, and with winners and suckers on the other.” — Nicholas Vargas, “Wall Street: The Other Las Vegas”

“For it is, so to speak, a game of Snap, of Old Maid, of Musical Chairs — a pastime in which he is victor who says Snap neither too soon nor too late, who passes the old Maid to his neighbor before the game is over, who secures a chair for himself when the music stops.” — John Maynard Keynes, “The General Theory,” 1936

“The capitalist economy is entailed by the rise of joint-stock companies, market speculation, gambling and swindling.” — Karl Marx (emphasis added)

This latter quote reminds me of Sen. Bernie Sanders, who is running for U.S. president as a self-proclaimed democratic socialist. He frequently claims, “The business model of Wall Street is fraud.”

Certainly, cases of fraud and deception are highlighted in the press. Once example is the Bernie Madoff scandal (see that accompanying “You Blew it” column).

But the truth is that Wall Street has on net balance a positive role to play in today’s society. In fact, selling stock to the general public is the most efficient way to raise capital and to advance our standard of living.

Peter Lynch, the famous manager of the Magellan Fund, clears the air when he states, “Although it’s easy to forget sometimes, a share of stock is not a lottery ticket. It’s part ownership in a business.”

And it is business that makes this country run. It is business — entrepreneurship, capital investment, banking, insurance companies and technology — that creates the jobs, the new products and services, and that pays the taxes. Wall Street, including brokerage firms, money managers, private equity and hedge funds, combine to employ eight million people. Are they all fraud peddlers?

In the “Wealth of Nations,” published in 1776, Adam Smith introduced a model, which he called “the system of natural liberty,” in which he described the three elements that are necessary to generate a progressive prosperity: freedom, competition and a system of justice (rule of law). He noted that the system of natural liberty would “moderate the passions” — not that it would eliminate fraud and deceptive practices in business and finance, but rather that it would minimize them. The vast majority of Wall Street firms are run by honest, hard-working people, many of them my friends. Sure, there are hucksters, like in any business, but most on Wall Street are dedicated to making money for both the customer and themselves.

Granted, there are stock manipulators even today, but long-term investors and retirees can be comforted in knowing that over time if you invest in profitable companies with a good outlook, you will be rewarded. I showed my students this chart below demonstrating that in the long run, it pays to invest in free enterprise (the stock market). In the short run, stock prices (S&P 500) and the economy — measured through gross domestic product — can grow apart, but eventually they come back together. 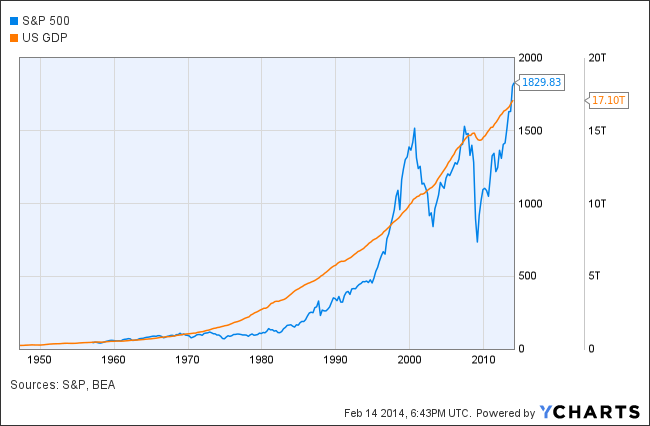 You Blew It! Why Double the SEC’s Budget?

He has erected a multitude of New Offices, and sent hither swarms of Officers to harass our people, and eat out their substance.

The special two-part program did a terrific job telling the story of how a highly successful money manager can operate a Ponzi scheme and deceive the government and most investors for decades. The Securities and Exchange Commission (SEC) comes across as completely incompetent and arrogant.

After the special, ABC News did a one-hour program that featured interviews with victims of Madoff and even members of the Madoff family. But one group refused to be interviewed — SEC officials. And they call themselves public servants.

Worse, this week President Obama rewarded the SEC by urging Congress to double the agency’s budget. The idea is to give the SEC more money to find more financial thieves. The problem is that the regulators instead will use most of the money to investigate and harass honest money managers on Wall Street with all kinds of expensive demands to justify the jobs of the bureaucrats. But in most cases, the investigators will come away empty handed. Meanwhile, the honest firms will have spent millions of dollars trying to meet the SEC investigators’ demands.

Private investigator Harry Markopolos was the one hero in the sordid Madoff affair. Markopolos wrote his own account in “No One Would Listen.” He is portrayed is a positive light in the ABC film. I interviewed him back in 2010. He did not beat around the bush when it comes to government protection of the public against fraud and bad investment advice. He was the only one to uncover the massive, $65-billion Ponzi scheme of Bernie Madoff that destroyed the financial lives of thousands of individuals and foundations around the world. He repeatedly tried to warn the SEC and the financial press, without success.

Are there any lessons for investors to learn from this famous case?

I asked Markopolos, “Can individual investors depend on the SEC or other government agencies to protect themselves against fraud and bad investment advice?”

Markopolos asks out loud, “What good is a hunting dog if it doesn’t hunt? It’s only a show dog.”

I interviewed Markopolos right after he released his new book “No One Would Listen,” the inside story of how he uncovered the biggest fraud in Wall Street history. I found it absolutely fascinating, like a murder mystery thriller. I couldn’t put it down.

Markopolos Offers Five Tips to Keep Investors out of Trouble

I’d add a sixth recommendation to Markopolos’s list: always be diversified. Never put all of your funds with one money manager, no matter how good his or her track record might be.

And here’s a seventh tip: Always be suspicious of any managed account that never loses money.

The Future of the SEC

I asked Markopolos if he agreed with Wall Street reporter Charles Gasparino, who said, “The SEC gives investors a false sense of security and should be abolished!” Markopolos wouldn’t go that far.

The bottom line is simply this: Investigate before you invest. Only you can protect yourself against fraud and bad investment advice.

Attention, California subscribers! I’ll be the keynote speaker at the annual Wealth Summit sponsored by KRLA Radio (AM 870), one of the largest talk radio stations in Los Angeles. My topic will be, “The SWAN (Sleep Well At Night) Strategy: The Prudent Guide to Saving, Investing and Financial Success.” Join me, radio show host Larry Elder and Investors Business Daily’s Amy Smith on Tuesday, Feb. 23, at 5:30 pm at the Westin Pasadena Hotel in Pasadena, California. The entrance fee is only $10. To register, go to http://www.am870theanswer.com. See you there!

My “All Star High Income & Fast Money” experts for this exclusive private meeting will include Alex Green, investment director of the Oxford Club, and editor of three trading services (Momentum Alert, Insider Trader and True Value Alert). Alex is rated the #5 best investor according to Hulbert Financial Digest. I’ve also confirmed Martin Truax, vice president at Raymond James, whose “income & growth” portfolio has more than doubled during the past 10 years. He and his partner Ron Miller also have developed a highly successful trading system using “red” and “green” signals to determine when to get in and out of markets (they flashed “sell” in May and now are flashing “buy” — good calls!)

I want to encourage you to sign up now. The price is only $695 per person/$995 per couple. And hotel rates at the five-star Atlantis Resort start at just $209 per night. We are limiting this private meeting to 200 attendees only. For more information, visit the Global Financial Summit website or call Valerie at 1-855-850-3733.

LATEST NEWS: We have just arranged for an evening cruise on a private yacht owned by one of the attendees who is coming to our conference. Sign up today!

In case you missed it, I encourage you to read my Skousen CAFÉ from last week about how gold looks to be the contrarian play of the year. I also invite you to comment in the space provided below. 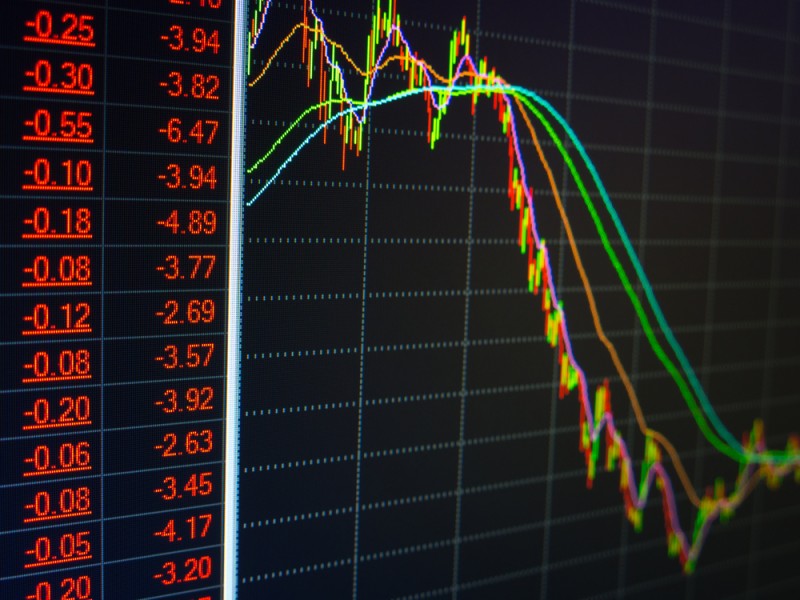 Profit from Dividend Stocks Even on Economic Rollercoaster