WASHINGTON–Government bungling in the face of clear evidence that the water in Flint, Michigan, had been contaminated with poisonous levels of lead drew bi-partisan fire from lawmakers last week at a House Oversight and Government Reform Committee and may lead to federal funding to address the resulting public health crisis.

As the oversight committee members took turns questioning a panel of four witnesses, it became clear a catastrophe that has put at risk the health of roughly 8,000 children, as well as the adults in the city of almost 100,000 people, could have continued even longer if not for citizens and independent-minded experts who reached out to the media. Only when forced to acknowledge the alarming findings of researchers did government leaders start to take decisive action to alert citizens not to drink toxic tap water.

Oversight committee Democrats excoriated the state’s Republican governor while Republican committee members railed against what they found to be a continuing pattern of the Environmental Protection Agency (EPA) failing to protect public health. Together, the lawmakers teamed up to make a strong case that government officials at all levels fell well short of fulfilling their obligations to serve the people who pay their salaries.

Committee Chairman Jason Chaffetz, R-Utah, described the cause of the crisis as a failure at every level of government. The committee documented how the Environmental Protection Agency (EPA) Region 5 leadership was aware of dangerously high levels of lead in Flint‘s drinking water in April 2015. But EPA leaders still allowed the contaminated water to be used by city residents until January 2016, after news reports that a local pediatrician and Virginia Tech University researchers concluded toxic water was creating a public health crisis, especially for Flint’s youngest children.

The EPA is obligated to take corrective action under the Safe Drinking Water Act (SDWA) if a state is not complying with national standards of oversight and enforcement of public water systems. The inaction came despite the findings of the EPA’s Miguel Del Toral, a regulations manager at the agency’s ground water and drinking water branch, who advised his colleagues in a June 24, 2015, memo of a major public health threat due to the absence of corrosion control treatment to mitigate lead and copper levels in Flint’s water.

Indeed, drinking water samples indicated the presence of high levels of lead. That situation would be predictable in a public water system that is not providing corrosion control treatment.

The failure to treat drinking water properly when the City of Flint’s switched from using Lake Huron water  processed by the City of Detroit to less expensive Flint River water led to shocking testimony from one congressional witness, LeeAnn Walters, a Flint mother who told lawmakers the water tested from her home exceeded the threshold for “toxic waste.” She described health problems afflicting her children that researchers and doctors linked to the water in her home.

During a span of roughly 21 months until January 2016, the people of Flint drank, prepared food and bathed in contaminated water. Lead poisoning carries with it long-term consequences, particularly for young children whose health, learning and behavior could be harmed permanently.

The omission of corrosion control in the Flint River water created a serious public health risk for the community’s residents who live in homes that have the kinds of lead service lines or partial service lines that are commonly susceptible to leaching of metal contaminants from pipes into the faucets of those who use the water.

A 2015 memo from EPA water expert Miguel Del Toral unmistakably triggered the EPA’s obligation to act and assert control over the crisis, Chairman Chaffetz said. Instead, he said the EPA’s Region 5 Administrator Susan Hedman downplayed and dismissed the memo in her response to then-Flint Mayor Dayne Walling and Flint residents who expressed concern.

Walters testified, “Susan Hedman cared more about policy than the welfare of an entire community, while punishing and silencing the one person that was willing to help us.”

Another witness, Virginia Tech University’s Marc Edwards, a professor of environmental and water engineering, told the committee that the EPA did not display the sense of urgency the situation required to address the public health problem once it became known within the agency.

With Hedman and the former director of the Michigan Environmental Quality no longer in their positions amid the fallout of the heavily criticized government response to the crisis, their successors testified before the oversight committee and faced harsh questioning from the committee members.

By the time Michigan Gov. Rick Snyder declared a state of emergency on Jan. 5 and President Obama classified it as a federal emergency on Jan. 15, public health had been compromised. The city’s switch of its water supply also correlated with a jump in the number of cases of Legionnaires’ disease from six to 13 occurrences a year in Genesee County where the city is located to 42 confirmed instances in 2014 and 45 in 2015.

Experts are recommending the city-wide replacement of pipes that were leaching lead into drinking water. Michigan Gov. Rick Snyder proposed on Feb. 10 that the state legislature approve $195 million in infrastructure repairs for Flint’s water system, in addition to $30 million he already sought and received legislative approval to provide bottled water, filters and other emergency measures.

Proposals for federal help have been offered by Rep. Candice Miller, (R-Michigan), Rep. Dan Kildee (D-Michigan) and Democratic Sens. Debbie Stabenaw and Gary Peters, among others, but nothing has advanced in Congress yet. However, additional committee hearings are planned that should further establish federal failings in protecting the residents of Flint, whose fiscally strapped city has been operating under a state-appointed emergency manager since 2011.

Paul Dykewicz is the editorial director of Eagle Financial Publications, editor of Eagle Daily Investor, a columnist for Townhall and Townhall Finance, and the author of a new inspirational book, “Holy Smokes! Golden Guidance from Notre Dame’s Championship Chaplain.” Visit Paul’s website www.holysmokesbook.com and follow him on Twitter @PaulDykewicz. 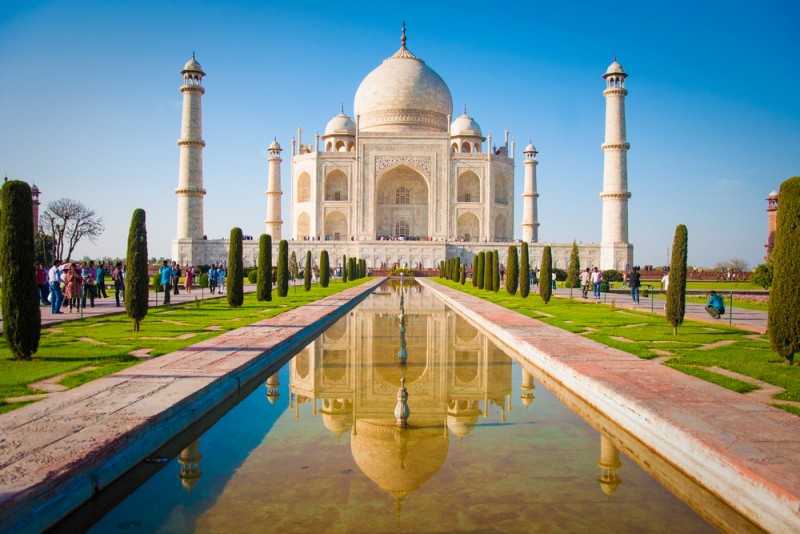 Global uncertainty may hold sway right now, but India is at the forefront of up-and-coming markets. Here's an ETF that tracks some of the best Indian stocks. 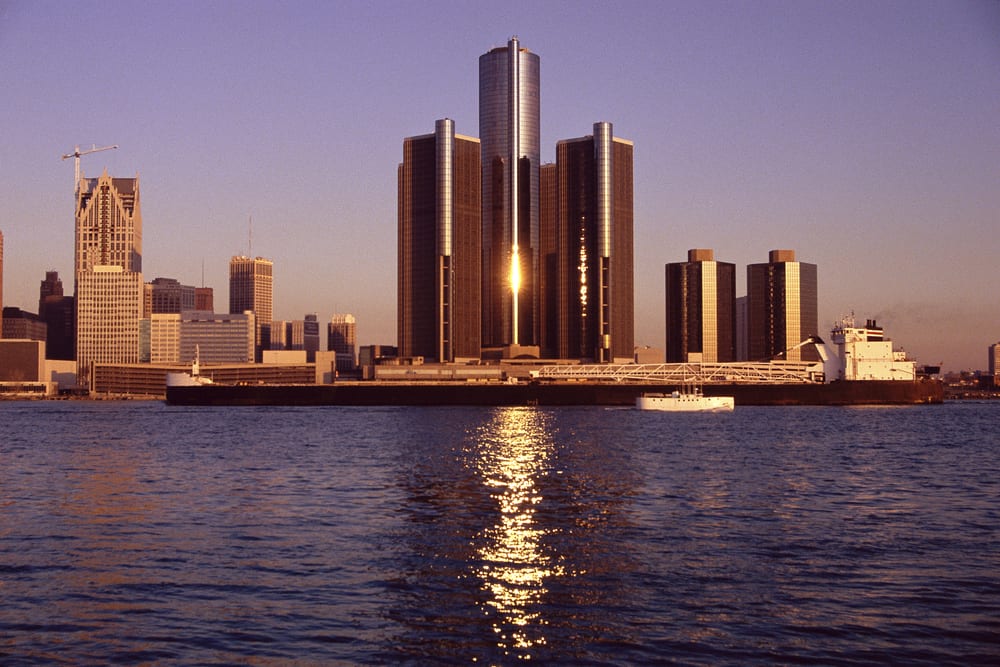 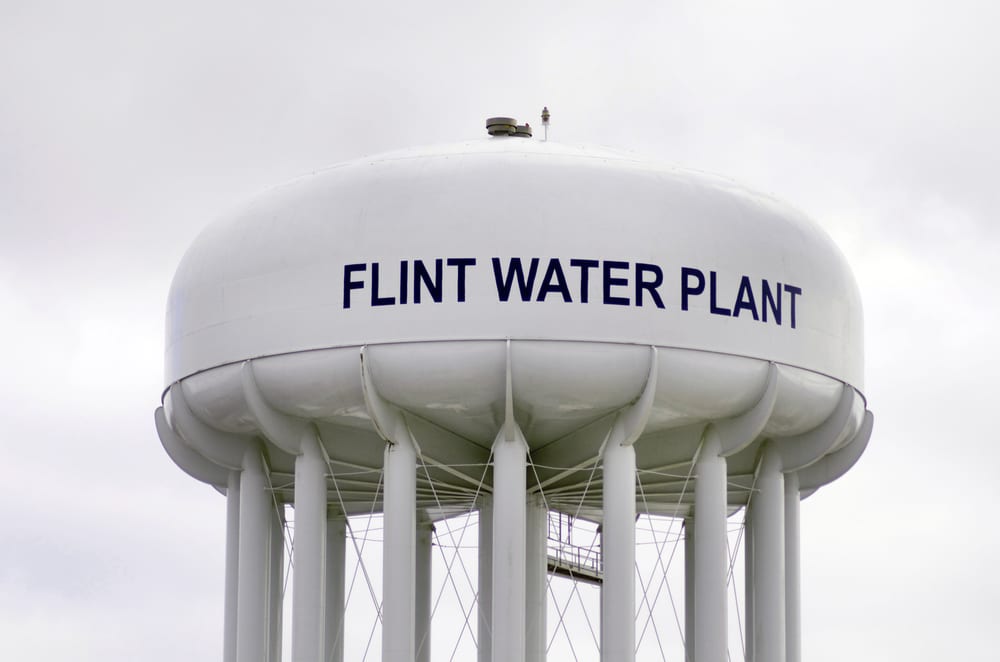