Can the Fed Hold Off a Recession by Inflating the Money Supply? 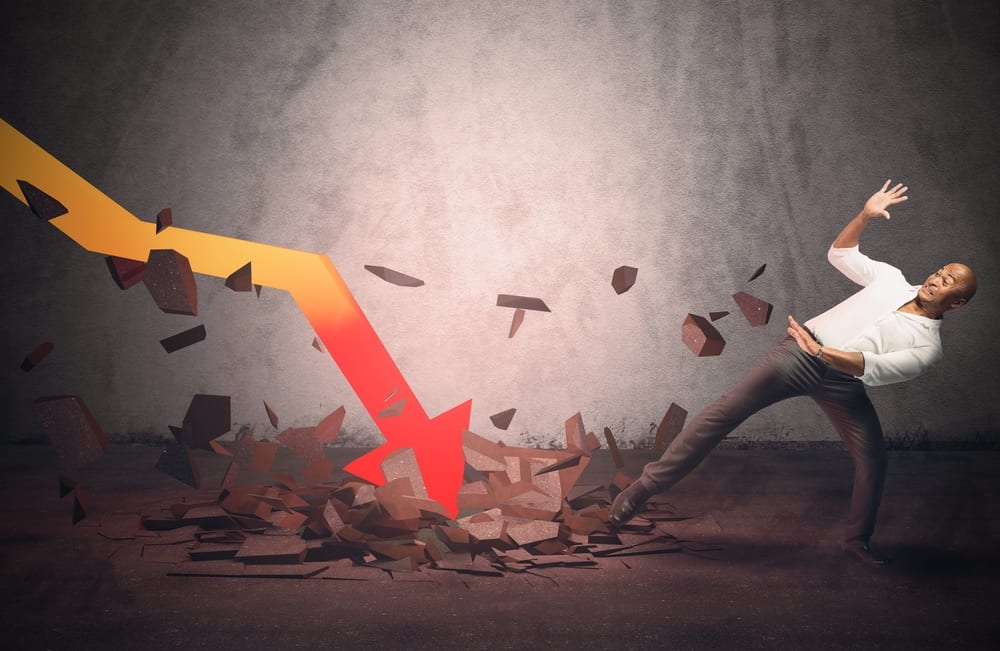 Has the Fed panicked again? I see the money supply (M2) is now growing at 9% per annum, its fastest rate in years. Fed Chair Janet Yellen won’t need to cut rates to stimulate the economy again. She’s letting the growth of the money supply do all the work. This new easy-money policy could fuel a recovery on Wall Street this year and be bullish for gold.

Most people forget that the Fed has two ways to stimulate the economy. First, it can influence the price of money by either raising or lowering interest rates. That’s what the media focuses on. But there is another way, namely, by increasing the supply of money. Few have noticed that the Fed is still engaged in easy-money policies. Yes, the U.S. central bank raised rates in December by a quarter of a point. That rate hike gives the appearance that the Fed is tightening its monetary policy.

But if you look at the money supply (M2), you see just the opposite. The Fed is expanding the money supply very rapidly in an effort to keep a mild recession from turning into another Great Recession.

No doubt Janet Yellen and fellow central bankers are worried that the collapse in oil prices could lead to another financial crisis. The collapse in real estate during 2007-08 caused the financial crisis of 2008. This time, the pressure is on the debt-heavy oil sector. Similar to real estate, energy affects all sectors of the economy. The sharp sell-off in oil could lead to massive bankruptcies and a disruption of the global economy.

The Fed is trying to ward off such a financial crisis by pumping new money into the system and reigniting price inflation, including oil and commodities. That’s why gold prices have moved up: in anticipation of a new round of inflation.

We may have seen the bottom in oil prices, which is what the Fed wants to see. If the Fed pulls it off, then the government has postponed Armageddon once again, and the financial terrorists predicting “imminent collapse” will be wrong again as well.

We stayed fully invested during the difficult January bear market, and now our portfolio is almost whole again.

It’s too early to tell if we have actually weathered the storm. But as Steve Forbes often says, “Everyone is a disciplined, long-term investor, until the market goes down.”

You Blew It! Who Should Obama Nominate for the Supreme Court?

“I’d hate to have my replacement undo 25 years of decisions on the Supreme Court!” — Antonin Scalia

I asked Judge Andrew Napolitano, the chief judicial analyst at Fox News and our keynote speaker at FreedomFest, to discuss his views of the passing of Associate Supreme Court Judge Antonin Scalia. Judge Napolitano and Scalia were close, both being strict constitutionalists. The death of Judge Scalia couldn’t have come at a worse time, with 5-4 decisions expected in several upcoming cases.

For example, Rebecca Friedrichs, a California school teacher, was hoping the Supreme Court would reverse the federal court decision mandating that she and other teachers had to pay union dues for political causes. When she spoke at FreedomFest last year, she was ecstatic to learn that the Supreme Court had taken her case. But now it appears the decision will be 4-4, leaving the previous lower court decision in place.

President Obama is determined to nominate a successor to Judge Scalia, as is his right and obligation under the Constitution. Given that the nation’s highest court will be evenly divided, 4-4, in split decisions, the next judge will be of supreme importance.

There’s no way that the Republicans are going to support an activist judge. The Senate is likely to postpone filling the vacancy until after the elections if such a divisive nominee is put forth. The only way for Obama to get his way would be to nominate someone such as Sen. Orrin Hatch, who is considered a moderate Republican and respected by members of both political parties. But at 81, Sen. Hatch likely would not be nominated at his age.

We look forward to hearing Judge Napolitano’s views at this year’s big FreedomFest show, July 13-16 in Las Vegas. We also are planning to dedicate a room to Judge Antonin Scalia at this year’s FreedomFest. To join us, go to www.freedomfest.com, or call toll-free 1-855-850-3733. We’ve had to raise our registration fees this year, but you can still get last year’s rates if you sign up before May 1: Only $495 per person/$795 per couple. Take advantage of this bargain to hear more than 200 speakers, panels and debates. Plus, meet in person our keynote speaker, George Foreman. Other speakers include Richard Fink, Charles Koch’s right-hand man for 40 years, and our Libertarian CEOs Steve Forbes, John Mackey, John Allison and Bill Bonner, among many others. See you there.

In case you missed it, I encourage you to read my Skousen CAFÉ from last week on the contrasting philosophies of Adam Smith and Bernie Sanders. I also invite you to comment in the space provided below.

Attention, California subscribers! I’ll be the keynote speaker at the annual Wealth Summit sponsored by KRLA Radio (AM 870), one of the largest talk radio stations in Los Angeles. My topic will be, “The SWAN (Sleep Well At Night) Strategy: The Prudent Guide to Saving, Investing and Financial Success.” Join me, radio show host Larry Elder and Investors Business Daily’s Amy Smith on Tuesday, Feb. 23, at 5:30 pm at the Westin Pasadena Hotel in Pasadena, California. The entrance fee is only $10. To register, go to http://www.am870theanswer.com. See you there!

My “All Star High Income & Fast Money” experts for this exclusive private meeting will include Alex Green, investment director of the Oxford Club, and editor of three trading services (Momentum Alert, Insider Trader and True Value Alert). Alex is rated the #5 best investor according to Hulbert Financial Digest. I’ve also confirmed Martin Truax, vice president at Raymond James, whose “income & growth” portfolio has more than doubled during the past 10 years. He and his partner Ron Miller also have developed a highly successful trading system using “red” and “green” signals to determine when to get in and out of markets (they flashed “sell” in May and now are flashing “buy” — good calls!)

I want to encourage you to sign up now. The price is only $695 per person/$995 per couple. And hotel rates at the five-star Atlantis Resort start at just $209 per night. We are limiting this private meeting to 200 attendees only. For more information, visit the Global Financial Summit website or call Valerie at 1-855-850-3733.

LATEST NEWS: We have just arranged for an evening cruise on a private yacht owned by one of the attendees who is coming to our conference. Sign up today!