Why Mall REITs Are Not a Good Investment for 2016 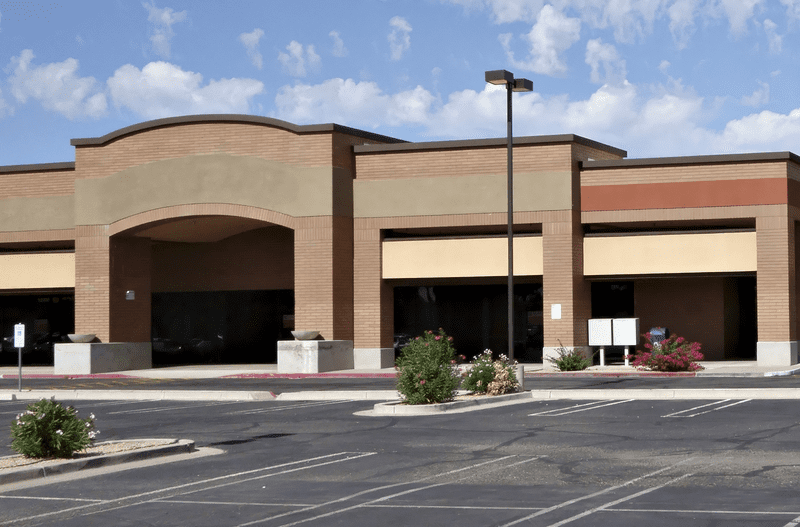 Each spring there tends to be a question as to what the “it” color will be or what the “must own” piece of clothing will be. As we all know, fashion is a fickle beast that tends to change each year. Last year’s must wear color is now at the bottom of the pile, which is good news for retailers and apparel companies.

This spring, however, it is looking like the thing for retailers is something very different, and it could mean big trouble for a certain class of real estate investments trusts (REITs).

Amid the less-than-stellar string of corporate earnings reports we’ve been getting from retailers such as Macy’s (M), Sears (SHLD), JC Penney (JCP), Kohl’s (KSS) and Wal-Mart (WMT), we’ve also been “treated” to a growing number of store closings:

When mall anchor stores like these close their locations, it can be a drag on the entire shopping mall with potentially disastrous results that could lead to the mall closing. In 2015, citing Green Street Advisors, Fortune reported that around 300 malls could close in the following decade. Given the financial health of the average consumer, I’m not surprised at all to learn that the aforementioned companies and others are being hit hard by the intersection of what I call The Cash Strapped Consumer and the Connected Society.

Mind you, hard times aren’t just falling on mall-based retailers. Sports Authority filed for Chapter 11 bankruptcy yesterday and has agreed to take up to $595 million in debtor-in-possession financing during its restructuring. Sports Authority, which according to Moody’s had revenue of $2.5 billion for the 12-month period ended May 2, 2015, is expected to close at least 140 of its 463 stores and two distribution centers in Denver and Chicago. If the company can’t find a buyer that will “put more money into the business,” Sports Authority could have to close the rest of its locations by the end of April.

Looking back over the fallout from the demise of the Borders book store chain and Circuit City, note that Barnes & Noble (BKS) and Best Buy (BBY) enjoyed a bump in sales as shoppers voted with their feet as their local Borders and Circuit City shut their doors. As it relates to Sports Authority, Dick’s Sporting Goods (DKS) is a natural beneficiary.

Taking a wider view and looking at the growing number of retail store locations that are closing, as well as the increasing preference of online and mobile shopping that is part of my Connected Society investing theme, I see Amazon.com (AMZN) picking up consumers’ wallet share. That’s especially true for two reasons. First, Amazon continues to expand its product offering, with a growing focus on apparel. Second, Amazon is focusing on shrinking the time before an order is delivered to a customer. The latter improvement initially occurred with its Prime service and reached another level with its Prime NOW offering.

What we do know between recent retail sales data and commentary from Macy’s and other companies is that big retailers are investing more money in online and mobile shopping. Other apparel companies are looking to partner with Amazon (AMZN) to tap into growing online sales.

In other words, there will be even less of a reason to head to the mall.

To me, it’s the combination of anchor store closings and online shopping that will be the real death of the mall as we know it.

This raises several questions, including what are malls likely to become? We can only speculate as to what the future mall may look like — more restaurants and entertainment perhaps? Discount store warehouses?

Another question is what will happen to those real estate investment trusts (REITs) that invest in malls? How do General Growth Properties (GGP), CBL & Associates Properties (CBL) and other shopping mall REITs plan to fill the vacant locations? Even before then, what do all of these closures mean to their revenue and earnings outlooks?

To me, mall REIT stocks are facing the secondary wave of creative destruction occurring from the digital commerce that is a core aspect of my Connected Society investing theme.

Despite some attractive dividend yields, my subscribers and I will be avoiding mall REIT stocks, at least until this store closure wave is digested.

In case you missed it, I encourage you to read my e-letter column from last week about how stock prices tend to be cheap for a reason. I also invite you to comment in the space provided below.