I Lead All Investment Writers in This Category

As an investment newsletter editor, I probably lead all other writers in this one category: traveling and speaking. My subscribers constantly are amazed at how often I am away from home attending a conference or visiting a new country. I probably speak at two dozen economic and financial seminars each year. I’m almost constantly on the road.

I’ve been to 72 countries already. Next week, I will go to Warsaw, Poland, to deliver two addresses on economics and finance.

I firmly believe I’m a better economist and financial advisor as a result of my many travels and opportunities to find out first hand what’s going on and what is on the minds of investors and subscribers to my newsletter, Forecasts & Strategies (now in its 33rd year).

I learned the value of traveling from Sir John Templeton, the founder of the first foreign-based mutual funds. Templeton said he became a better investor and money manager by living in the Bahamas. I also lived in the Bahamas for two years, as well as London, England. It gave me a broader perspective.

Every year now, I put on my own international conference called FreedomFest, and it changes people’s lives. Thousands have changed their way of acting and thinking — one couple altered their estate and set up a “job-creating” foundation as a result of a session… a consultant landed a major contract with someone he met at our conference (he’s done it two years in a row now)… Investors bought a stock that doubled in a year… a man created a successful blog after following the advice of a speaker… a father brought his son, who converted to free-market economics at the end of the show. The son said, “Dad, promise me we’ll come back next year.” A group of five students from South Africa (who called themselves the “Vegas Five”) went home and created a whole new libertarian movement that has taken their country by storm… and one speaker made the cover of Forbes magazine because Steve Forbes heard him speak at a luncheon. Anything is possible. We’ve even had a couple go on their honeymoon at FreedomFest.

Last week, Jeffrey Tucker, former vice president of the Mises Institute and new president of Laissez Faire Books, wrote that attending FreedomFest changed his life. He wrote: “The first time I attended was two years ago, and the whole experience blew my mind. I might even go further and say that it changed my outlook on life and the prospects for liberty in our time.”

Don Luskin will be addressing the “fiscal cliff” at the World Economic Summit, to be held the first day of FreedomFest, on Thursday, July 12, at the Bally’s Events Center. He will join our “All Star Prediction” panelists Bert Dohmen, Rick Rule and Ty Andros. Come join us by calling Tami Holland, 1-866/266-5101, or go to www.freedomfest.com. We are offering a free American eagle silver dollar (valued at $35 each) if you register this week.

Sharply higher taxes on investments raise the specter of another sell-off on Wall Street. How should you protect yourself? One way is to subscribe to my Forecasts & Strategies investment newsletter. I recently made a new recommendation that should do well, even with the market’s uncertainty.

You Blew It! Speculators Are to Blame for High Gas Prices?

In an April 17 White House speech, President Obama said, “We can’t afford a situation where speculators artificially manipulate the market by buying up oil, creating the perception of a shortage and driving prices higher, only to flip the oil for a quick profit.”

Blaming high gasoline prices on speculators is common in the press, among politicians and even with the general public.

But is it true? Recently, the Commodities Futures Trading Commission (CTFC) did a study on whether speculators caused oil prices to rise inordinately. The study included experts from the Agriculture, Energy and Treasury Departments, the Federal Reserve, the Federal Trade Commission and the Securities and Exchange Commission (SEC).

The findings showed that oil price increases were due to fundamental supply and demand factors, not speculators.

In fact, speculators provide a useful service — they increase liquidity, reduce bid-asked spreads, and help hedges protect themselves from volatile prices. A study once showed that futures markets actually reduce volatility in the market place.

Speculation is far from a zero-sum game. Yes, there are winners and losers when speculators bet on the direction of the markets, but they offer the chance for consumers to hedge against higher prices and for producers to hedge against lower prices. It can be a “win-win” situation.

previous article
Upping Your Bet on High-Yield, Red-Hot U.S. Mortgage REITs
High-yielding U.S. mortgage Real Estate Investment Trusts (REITs) have been among the market's top performers in 2012.
You already have exposure to this sector through Two Harbors Investment Corp. (TWO) -- which not only boasts a 15.5% dividend yield, but also has held up remarkably well during the recent  market correction.
This week's Dividend Pro recommendation ups your bet on the U.S. REIT sect 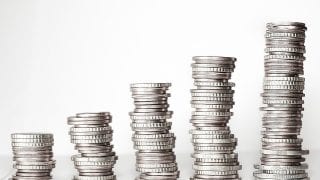 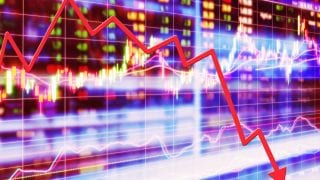 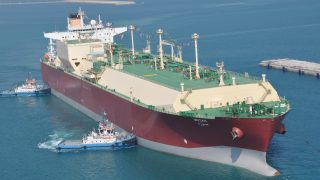 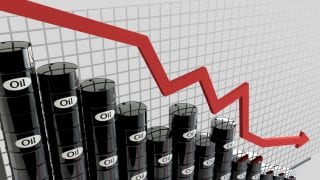