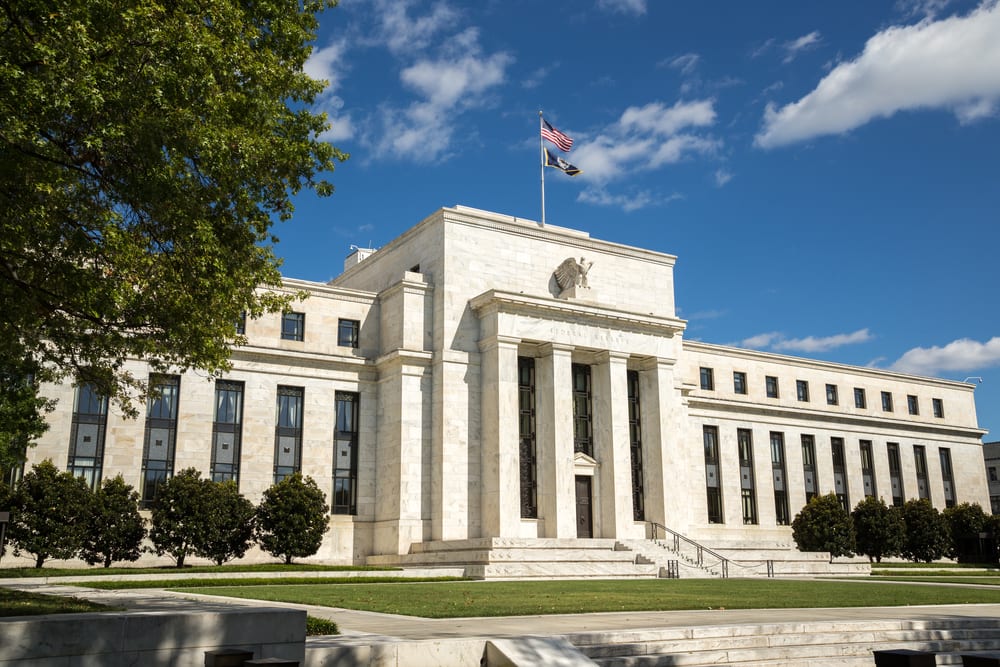 In last Friday’s Weekly ETF Report, we told you that the S&P 500 Index had just breached the all-important 200-day moving average. That is usually a very bullish pivot point for stocks, and that’s exactly what we witnessed this week.

The chart here of the S&P 500 SPDR (SPY), the ETF pegged to the benchmark index, shows the gains of late. As you can see, the markets have come back fast and furiously from their mid-February lows, vaulting past the 50-day moving average in late January, and then the 200-day moving average last week. 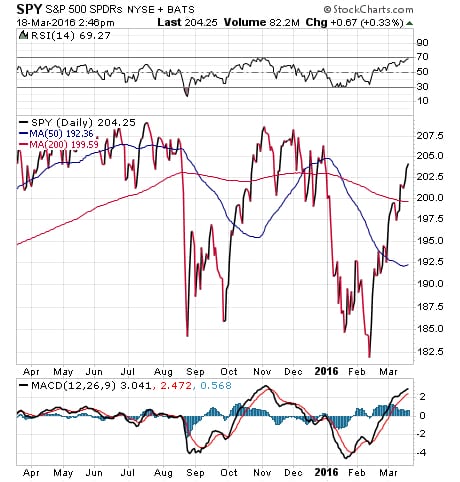 Amazingly, the S&P 500 now is back into positive territory for the year. After the start we had to 2016, that is a feat of resilience that not many would have predicted.

As for emerging markets, well, that’s also an amazing feat of resilience. The chart below of the iShares MSCI Emerging Markets (EEM) shows that it, too, has just breached its 200-day moving average. 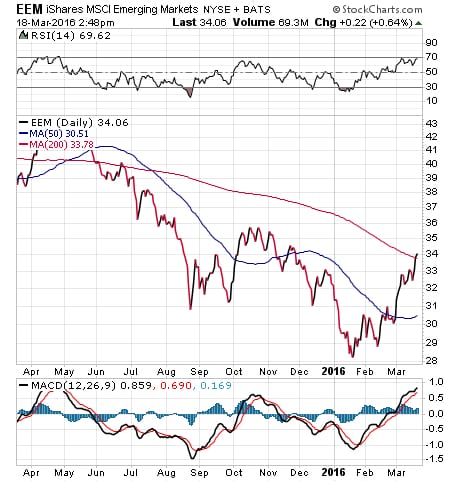 The run since late February in EEM has been an even bigger surprise than the run higher in SPY. One reason why is that emerging market stocks are on the move due to a falling U.S. dollar, something the Federal Reserve is successfully engineering.

Wednesday’s Federal Open Markets Committee (FOMC) meeting showing that the Fed expects rates will rise at most two times this year was a big adjustment from the prior view that rates would rise four times. The “dovish” Fed stance shows the market that the Fed has its back, and hence the decline in the dollar and the gains in both domestic and emerging market equities.

Now, this week, the gains in domestic stocks have brought about a change in disposition in our Successful ETF Investing advisory service.

In fact, in a few hours we will be telling subscribers what that change is, and how to take advantage of it whether you are a growth investor or an income investor.

If you’d like to get on board and ride the change in market disposition based on the 200-day average, then I invite you to subscribe to Successful ETF Investing right now!

“Scar tissue is stronger than regular tissue. Realize the strength, move on.”

Musician, writer, actor and spoken word performer Henry Rollins is a polymath of the most intense variety. Here, he reminds us that “scar tissue” is really just strength of experience and life’s lessons learned. So, the next time you lament one of life’s mishaps or disappointments, remember that this kind of scar tissue is to be respected, as it made you who you are.

I encourage you to read my column from last week about emerging from the threat of a bear market. I also invite you to comment about my column in the space provided below.

share on: FacebookTwitter
previous article
Introducing an ETF ‘Family’
next article
Looking to Our Watch List for Our Next Moves