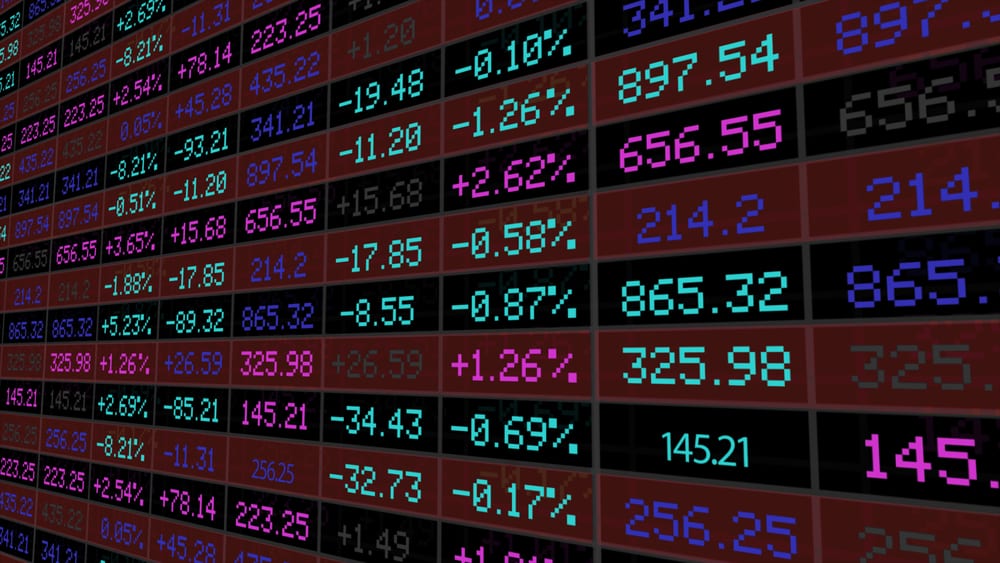 Two Friday’s ago, Treasuries got hammered after the release of February’s employment report, which showed that nonfarm payrolls were growing above expectations despite global economic issues. But the move lower was met with strong buyer interest and the trend toward lower yields resumed, which in turn kept the rally for equities in place. Stocks ended the week with the S&P getting back to the flat line for the year, but right up against key overhead technical resistance at 2,050.

If stocks and crude oil continue to trade higher, Treasury yields may give way to some rotation. But so far, bond buyers are not budging, with the 30-year Treasury Bond currently paying out 2.65%. The rally has been dominated by cycle sectors, which makes the resilience in the bond market that much more impressive, as yields typically rise when money is flowing into economically sensitive stocks. The 30-year yield has moved up to its long-term downtrend line that has defined the broad macro deflationary landscape. The situation only will change if the 30-year yield breaks above 3.2%.

The whole rally in Treasuries in January and February seemed a little too obvious to sustain lower yields for too long. Markets move on skepticism and one didn’t feel much skepticism by the time the February low yields were reached. Now, the 30-year yield has retested its February 2015 low and is pushing higher. The U.S. labor market continues to take up slack and wages will have to move higher at some point. The disinflationary effects of the dollar rally and oil decline are beginning to diminish and yields have moved higher as a result.

Exclusive  How to Become a Retirement Expert 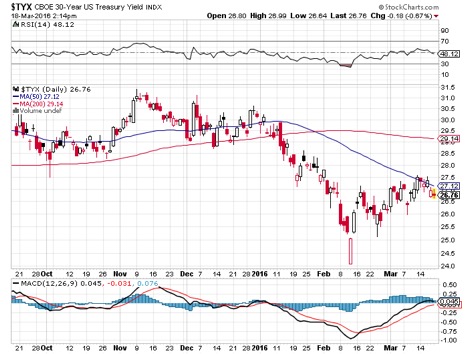 This past week saw the Federal Open Market Committee (FOMC) meeting conclude with no change in the Fed funds rate and the Fed announcing that it is more likely to raise interest rates only two times this year instead of four times. The chance of a rate hike at the June meeting is now at 50/50 because of the stabilization in financial markets and some reassuring economic data with upward revisions for gross domestic product (GDP), jobs and the rebound in oil and junk bond markets.

Though there is little empirical data to support the rally in the deep cyclical sectors, investor sentiment has seen a huge shift from extreme fear and bearishness to buying steeply sold off cyclical stocks with the notion that an earnings trough will occur in the first quarter and the rest of the year will see a pick-up in top-line revenue and earnings growth. At this point, this notion is purely built on the perception that the bazooka-like quantitative-easing (QE) measures announced by the European Central Bank, Bank of Japan and People’s Bank of China will stimulate those economies which, in turn, will boost U.S. export trade. The jury is still out as to whether this scenario will materialize, but there is no question that a little momentum in the cyclical sectors led by a rebound in oil prices morphed into a lot of momentum fueled by massive short covering.

How this all plays out likely will be determined by first-quarter earnings season, set to kick off the first of April. With the S&P moving off of the 1,810 low to its recovery level of 2,050, a good deal of expectation has been built in and if the earnings aren’t there to support the rally, then a pull back to 1,900-1,950 will likely follow. I feel confident about it. I’d rather see how the deep cyclicals trade through earnings season before getting bullish on the sector. If this rally in commodities, mining, metals and industrials is for real and not a bull trap, then there will be plenty of upside to go that will be worthwhile. But we wouldn’t see central banks instilling negative interest rates and the Fed extending out its timeline for normalizing rates in the United States if the global economy was improving.

And this is why the current rally remains suspect in my view and why I continue to recommend more defensive income strategies where the risk/reward ratio is skewed more to lower risk. There is a time to press one’s exposure to emerging markets and commodities, but I do not believe it’s now and that is why there could be a hard landing for many of the stocks that have led this rally. That rough landing may come in late spring, when the old saying of “sell in May and go away” might take on a whole new meaning.

Exclusive  Reject This Game of Thrones

In case you missed it, I encourage you to read my e-letter column from last week about what investments might allow you to benefit from recent central bank maneuvers. I also invite you to comment in the space provided below my commentary.

Harnessing the Power of Kindness

share on:
Exclusive  REITs vs Stocks: Everything You Need to Know