After spending three days at the Las Vegas Money Show early last week, I traveled to New York City to witness personally the listing of Facebook on Nasdaq. So on Friday morning, I found myself back in Times Square, where I hadn’t been since last November when I spoke on an investment panel at the Nasdaq market site.

The omens for Facebook’s debut on the market were good. It was a gloriously sunny day. Thousands of small investors had converged alongside dozens of television reporters on Times Square to watch the first trade set to occur precisely at 11:00 am. Some pundits predicted that Facebook shares could soar as high as $70. Others expected that a strong Facebook offering would singlehandedly yank global markets out of their recent funk.

However, 11:00 am came and went, without any sign of a trade. The crowd started getting nervous. After more than a 30-minute delay, the Facebook shares finally opened near $45.00 — a disappointing level. Even worse, the stock quickly fell back to just above the $38.00 offering price, and ended the day a mere 23 cents higher. Clearly, the underwriters were buying Facebook stock at this level to keep the offering from tanking completely. To add insult to injury, several small investors told me that they got stuck with far more Facebook shares than they had expected. By the time Monday rolled around, and the underwriters stopped supporting the price, Facebook had plummeted by 11%, leaving some investors down almost 25% from Friday’s intraday high. Today, the shares are down even more on reports that analysts had downgraded Facebook’s projected revenues — and revealed that to only a handful of selected institutions.

But it wasn’t just Facebook that flopped. Instead of spurring a market rally, Facebook’s disappointing debut took several other tech companies, based on its ecosystem, with it. Instead of rallying, gaming company Zynga (ZNGA), which accounts for about 12% of Facebook’s revenues, dropped 15.5%. Financial advisers who had been furious last week at getting left out of the Facebook frenzy, ended up happy that they had not gotten involved.

Explanations for Facebook’s poor start as a public company ranged far and wide. A technical glitch at Nasdaq had soured the mood, causing a delay in the initial pricing. Others point out that Facebook was already trading in the private market, and its price had already shot up 13-fold in the last four years. Mark Zuckerberg’s net worth was 50x that of Bill Gates on day one of Facebook’s life as a public company, so most of the upside had already been priced in. Facebook’s valuation was too high for a company with an unproven business model and slowing rate of revenue growth. Even the most bullish analysts could not contort the numbers so that Facebook did not seem at least four times as expensive as established tech stalwarts Google and Apple. To borrow a phrase from Goldman Sachs’ salesmen in London, the retail investors standing in Times Square were the “Muppets” who got left holding the bag.

Focus on meting out blame for the Facebook fiasco misses the bigger picture. As I noted to my audiences at the Money Show, I believe that Facebook is the mere tip of the iceberg of a revolution in technology that is taking place right under our noses.

Facebook angel investor Peter Thiel’s lament that the rate of change in technology is slowing down puzzles me. (According to Thiel: “We wanted flying cars, instead we got 140 characters,” in reference to Twitter.) This view fundamentally overlooks the exponential (accelerating) rate of change across a wide range of technologies, according to a law first identified by Ray Kurzweil in his book “The Singularity is Near.” This bearishness on the tech sector also is at odds with what I’m seeing among the wide range of technology companies that I’ve been recommending to my subscribers at Bull Market Alert and the The Alpha Investor Letter.

Technological advances like 3D printing and developments like the coming energy independence of the United States are game changers in both manufacturing and energy. Throw in developments in DNA sequencing; customized medicine; nanotechnology; artificial intelligence; private sector-funded space travel; and improvements in existing technologies like Google’s self-driving car and you see evidence of technological changes that go well-beyond “friending” people on Facebook or the mental diarrhea that makes up much of Twitter.

Facebook’s fate as a technology company is trivial compared with the serious and lasting changes that will be introduced by technology companies across a wide range of sectors in the not-t0o-distant future. Once investors finally “get” the implications of exponential change in technology, a remarkable range of investment opportunities will open up. As I told my Money Show audiences, I expect that this may even lead to dot com-style mania within the next three to five years.

Whether it does or not, the long-term opportunities to profit from this revolution will be far greater than what you’ll eke out from your overpriced Facebook shares.
Sincerely,

previous article
Profiting from a Short-Term Bounce
next article
Due for a Bullish Bounce? 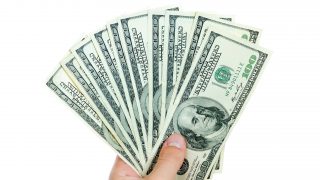 What Is the Best Way to Make Money FAST?