When Fed Is Dovish, Aim for High Blended Dividend Yield 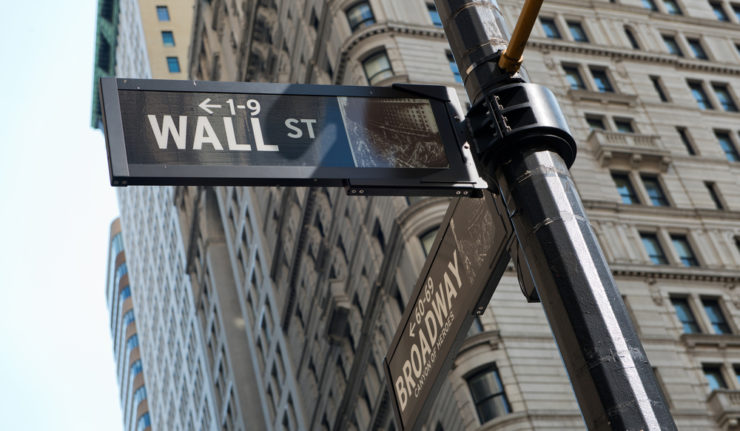 Last Friday, the Labor Department reported the U.S. economy added only 160,000 jobs to the nation’s payrolls, coming in well shy of the 207,000 estimate. The data comes a day after the Challenger Jobs Cuts report showed a spike of 5.8% for the month of April. This is just another nail in the coffin of the inflation hawks that contend the low interest rate environment will not persist. Interest rate spreads have spent the past few weeks inside relatively narrow ranges with crude oil prices making a recovery. But the jobs data puts a lid on any further risk of the 10-year Treasury Note pushing above 2.0%.

The bond market landscape has been highlighted by policy meetings at the Federal Reserve and the Bank of Japan (BOJ). The Federal Reserve was up first, holding the fed funds rate unchanged between 0.25% and 0.50%. Going into the meeting, market forecasters predicted that the statement could begin setting the stage for a rate hike in June amid more chatter from comments by voting Fed governors, but the Federal Open Market Committee (FOMC) statement was dovish and contained no hints of an impending rate hike.

Then the Bank of Japan followed down the same road as the Fed, releasing its policy statement to outline the fact that the central bank made no changes to its interest rate, but did announce a JPY300 billion, 0%, lending facility for companies affected by the Kumamoto earthquake. The yen surged on the news, dropping the dollar/yen pair into the neighborhood of this year’s low near 108.00. And a surging yen only hurts Japanese exports at a time when the BOJ has embarked on a negative interest rate policy.

It does seem suspicious that the dovish policy statement from the Fed was released a day before the advance GDP report for the first quarter, which showed annualized growth of just 0.5% and well below the 0.9% estimate. But being a long-time resident of the inside-the-beltway crowd, my insider information/conspiracy theory senses tingle when these types of situations emerge. Michael Douglas (Gordon Gecko) says it best in the movie Wall Street to his protégé Bud Fox “the most valuable commodity I know of is information.” Some things haven’t changed in a thousand years. This would be one.

Rate hike expectations have not changed much in recent weeks with the market not expecting another hike until the end of the year. The fed funds futures market sees a 64.2% chance of a rate hike in December, after last week projecting a rate hike in November. And this is good news for stocks in general, especially those in the high-yield sector where predictably 1-2% GDP growth, coupled with maybe 1-2% annual inflation, is the sweet spot for income assets outside of the bond market.

Just this past week at the much ballyhooed Sohn Conference where many of the world’s most successful hedge fund and asset managers gathered, bond Guru Jeff Gundlach of DoubleLine Funds, which has $84 billion under management and is known for making bold calls, predicted Donald Trump would win the election and ramp up debt even further to energize the economy because Trump is extremely comfortable with debt. I think Gundlach has about as much chance of calling this one right as the janitor in his office.

But when he is talking of his forte, namely fixed income, he did make some sense when he said because interest rates are down for the count, it’s timely for income investors to consider jumping back into the mortgage real estate investment trust (REIT) sector where dividend yields are anywhere from 8-14% depending on quality of assets, leverage and management style. Back in December when the Fed was telegraphing it would hike rates no less than four times in 2016, I advised investors to go to the sideline with these types of investments. But after getting rinsed out in January following the December FOMC meeting, the group has been under steady repair much like the rest of the high-yield market. Below is a one-year chart of the FTSE NAREIT Mortgage REITs Index. 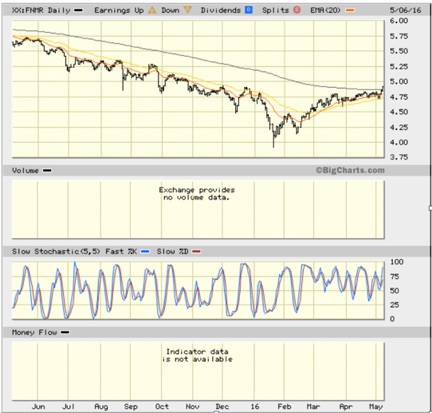 Maybe Mr. Gundlach is on to something and I’m sure he’s talking up his book, just like Bill Gross and every other big-time asset manager when they have a stage and a worldwide audience. Taking that into account, once the initial wave of enthusiasm from this broad market call takes a pause, and it will, it might be a smart time to allocate a portion of one’s more aggressive income capital. If earnings for the S&P are going to remain flat and the market in a trading range for the balance of the year, there is a strong case for locking in a blended dividend yield of 10%. At Cash Machine, that’s our bread and butter if mortgage REITs are going to be on the receiving end of money flow. Then I’ll be sure to provide investors with the crème de crème picks in the space. Stay tuned.

In case you missed it, I encourage you to read my e-letter column from last week about generating income in a stagnating stock market. I also invite you to comment in the space provided below.

previous article
What Headwinds are Preventing the Market Moving Higher?
next article
What are the Top-Performing Income ETFs of 2016?