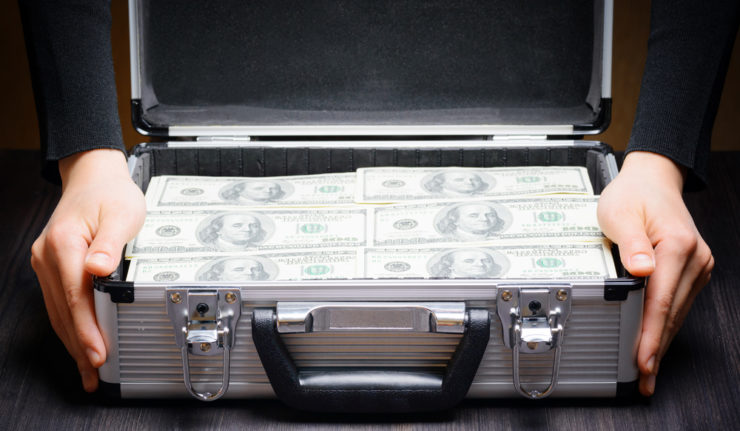 With roughly 90% of the S&P 500 reporting, overall Q1 earnings are on track to show a 5.1% decline, the third-straight year-over-year decline. Revenue will likely slide 1.9%. S&P energy companies are on track to report an outright loss while other key sectors, including financials, industrials and technology, also are reporting lower earnings and revenue, even as the dollar becomes less of a headwind.

Though oil prices have rebounded to the mid-$40 per barrel range, due in part to declining production, oil inventories continue to swell to where U.S. storage capacity is nearing its limit. Demand is seasonal and, with large shale producers actually raising their production targets for 2016 after a widespread reduction in costs, it’s a stretch to think that WTI crude is going to trade above $50 a barrel, which is where most domestic producers need prices to be in order to generate any semblance of profitable margins.

Dividend growth for the S&P 500 during the five-year period of 2010-2015 was 13.5% per year, which is pretty decent. Going forward, the dividend futures market (yes, there really is a way to speculate on dividend growth) is forecasting an annual growth rate of only 1.0%. To say dividend growth just soared to a new premium could well be an understatement. The real conundrum for the economy and dividend growth is that productivity has been in a slump over the past couple of quarters. It has been weak for years, rising just 0.4% over the past five years, compared with 2.4% over the prior 20 years.

This is why professional and retail investors alike are aiming for non-cyclical growth where the dividends generated are from stocks with stable earnings growth that can thrive without the tailwind of a robust economy. Fed statements in March and April told investors that U.S. economic growth is slower than previously believed. Put in no uncertain terms, the Fed did not want to jolt the fragile U.S. economy by raising the price of money. Against this backdrop, I expect mediocre returns for most sectors that are leveraged to future economic growth and continued strength for the defensive sectors.

This might explain that while the S&P 500 is mired in a well-defined range of 2,050-2,100, there are no less than five utility exchange-traded funds (ETFs) that are near or making new highs as a tempting alternative to growth investing and bond investing. The profit outlook for the utilities is relatively favorable. The sector’s combined profit is expected to fall 2.0% for the first quarter, as a result of an unseasonably warm winter, but rise about 4% for the full year, according to S&P Global Market Intelligence.

Within Cash Machine’s Safe Haven Portfolio, Southern Company (SO), with a yield of 4.5%, and PPL Corporation (PPL), with a yield of 3.9%, are top picks and have been first-quarter standouts, rising 8.3% and 11.7%, respectively, while the S&P gained only 1.2%. Heading into the summer months can bring with it higher levels of market volatility due to lighter volume where share-price movement is accentuated by large trades because liquidity is absent from the daily volume figures.

It probably is sage advice to consider riding out the hot summer months with a portion of assets invested in utilities until the earnings story improves and we’re through the cutting and slashing of dividends for commodity-related stocks. I was just in Las Vegas this past week at the MoneyShow and it was 95 degrees outside. When the air conditioning is running full blast, paying the utility bill with dividends from one’s utility stocks in a highly uncertain stock market makes perfectly good sense.

In case you missed it, I encourage you to read my e-letter column from last week about aiming for a high blended dividend yield. I also invite you to comment in the space provided below.

previous article
A Bet on a Small-Cap Utility
next article
Finding Lessons, Potential in the Private Equity Game