Why Socialism Is Not The Solution to Poverty 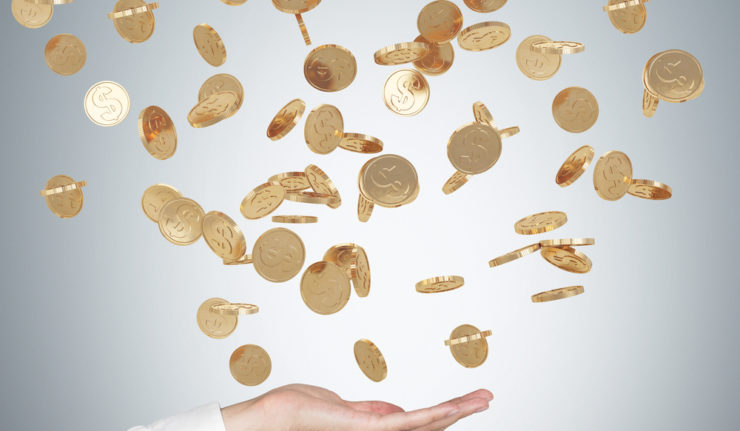 “The problem is that pretty soon you run out of other people’s money.” — Margaret Thatcher

Sen. Bernie Sanders, the self-proclaimed “democratic socialist” presidential candidate, is attracting big crowds and millions of votes by promising taxpayer-funded college education, universal healthcare and a minimum wage that will instantly end poverty. Never mind how much these “free” goods and services will cost the taxpayer.

It all sounds so alluring and idealistic. College students, in particular, are big supporters of Bernie, largely because he’s promising to pay off their student loans.

But it’s also naïve, and in violation of the fundamental principles of sound economics. When you take valuable commodities such as college education, medical services and food, and offer them for no cost, you immediately increase dramatically the demand for these valuable goods and services, threatening shortages. Moreover, suppliers often lose money and stop offering these goods or reduce their quality. That’s why welfare states in Europe and elsewhere that offer “free” medical care often experience shortages and poor services.

Students who don’t pay for their education don’t appreciate what they have, and there’s a lot of waste. Studies show that students who pay for their own college education choose their majors sooner, get better grades and graduate faster. Even in Europe, where college education is often costless, students are increasingly going to tuition-based private colleges and universities to obtain the training they need to have a fulfilling career (according to last month’s Economist magazine).

The central planning socialist model died with the collapse of the Berlin Wall in late 1989 and the Soviet Union in the early 1990s, but has gained adherents since the financial crisis of 2008, which is wrongly blamed on free-enterprise capitalism. Socialism in its weaker form is on the march. Bernie Sanders is really socialist “lite.” He doesn’t advocate the nationalization of all industries like the socialists of old, but rather through other means — taxation, regulation and government control. It can only reduce economic growth, which has been happening now under the Obama administration over the past eight years.

“Why doesn’t the government just give everybody money?” — Eduardo Porter, New York Times

In a New York Times article, “Plan to End Poverty is Wide of the Target,” several economists, including conservative/libertarian Charles Murray, urge Congress to pass a law giving all citizens — young or old, rich or poor — a specific amount every month for the rest of their lives… from $5,000 a year to $25,000 a year.

The idea is to do away with all the poverty programs like food stamps, Medicaid and Section 8 housing, and replace them with a monthly check to all citizens. “Poverty would be over in a stroke,” the reporter wrote.

But would it? Millions would still be poor, but not for want of money. They would still lack the skills and capacity to be independent. Yesterday, I attended a graduation ceremony at Sing Sing penitentiary here in New York, and I asked an ex-con who is working at a shelter program in New York City if a universal monthly dole would work and he laughed.

“The money would be wasted in a few days, and they would still need help,” the ex-con said. He noted that many homeless people have serious drug, alcohol and mental problems that require programs that could not be eliminated.

Besides, it would cost the federal government $1.3 trillion a year just to give out $5,000 a year — and more than $4 trillion dollars a year to pay out $25,000 a year, the poverty level in the United States.

Most importantly, this giveaway violates the welfare principle — you help those who need help, but you don’t help those who don’t need help. There always should be a means test to determine if someone should get welfare like food stamps or Medicaid. That’s why Milton Friedman’s “negative income tax” is more viable — it focuses on helping those who specifically need help.

John Mackey Takes on the Socialists!

Last week, I met with John Mackey, co-founder and co-CEO of Whole Foods Market, and Alex Green, investment director at the Oxford Club — who both were in town for the Cato Institute’s Milton Friedman Prize for Advancing Liberty. I’ve worked long and hard to find a capable opponent to debate John on the all-important question, “Capitalism vs. Socialism: Free to Choose or Free to Lose?” And good news — I’ve found him: John Roemer, the country’s #1 Marxist/socialist who teaches at Yale University. He’s authored the book, “Free to Lose,” a title meant to challenge the theme of Milton Friedman’s classic work, “Free to Choose.” Roemer is a big fan of Bernie Sanders, and blames the financial crisis and growing inequality of wealth on “greedy” capitalists. It is time we free enterprise advocates confront Sanders and the socialists. And John Mackey is the man to do it. The fireworks will begin on Thursday, July 14. Only at FreedomFest!

I’m also pleased to announce another debate: “Who Needs the Fed?” John Tamny, editor of the popular website RealClearMarkets, wrote a book with that title and argues that the Fed is the main cause of the boom-bust cycle, created the 2008 financial crisis and should be abolished. On the other hand, Warren Coats, a former International Monetary Fund (IMF) official who helped create two central banks (in Bosnia and Iraq) is an advocate for the Fed. The Fed may not be perfect, but it’s better than the alternative (overly strict gold standard). The debate will take place on Friday, July 15. It is all part of our first-rate, three-day investment conference there.

FreedomFest Jumpstarted Trump’s Campaign, Will It Do the Same for Gary Johnson, the Libertarian? 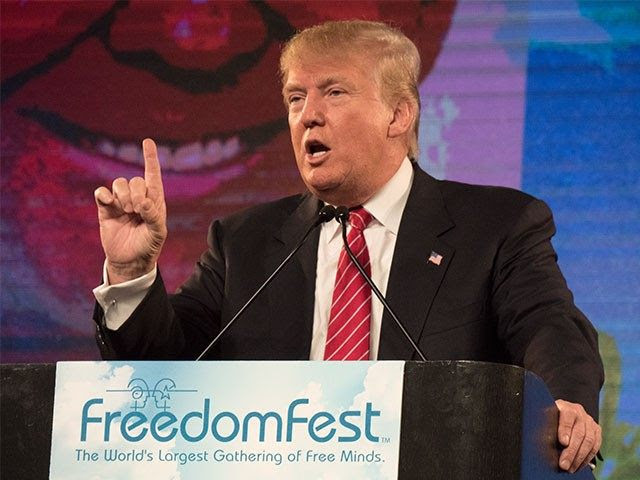 This year’s FreedomFest is going to be “YUGE!”

I’ll tell you a little secret that most people don’t know. Donald Trump seemed to be on the ropes when he showed up to speak at last year’s FreedomFest on Saturday, July 11. After his unseemly remarks about Mexicans, NBC and Macy’s cut their ties with “The Donald,” and Univision attacked him. But 7-11 (July 11) was his lucky day in Vegas. His standing-room-only talk in the Celebrity Ballroom at Planet Hollywood earned massive media coverage from CNN, ABC, NBC, Fox News and MSNBC — and his poll numbers skyrocketed.

Now while I don’t agree with Trump’s politics, I am intrigued with what he has to say in his book, Time To Get Tough: Make America Great Again! And — through a special arrangement with the publisher — I’m giving away a limited number of copies to Skousen CAFE readers. What’s more, I’m including two free months of my Forecasts & Strategies newsletter — no strings attached. So if you’ve never tried out my newsletter, now is the perfect time to take action (first-time subscribers only, please). Click here to take advantage of this free offer, before copies run out.

I’m pleased to announce that Gary Johnson, the former governor of New Mexico and the official Libertarian Party candidate for U.S. president, will speak in the very same Celebrity Ballroom on Friday, July 15 — it could be the beginning of the first legitimate third-party campaign since Ross Perot ran in 1992. 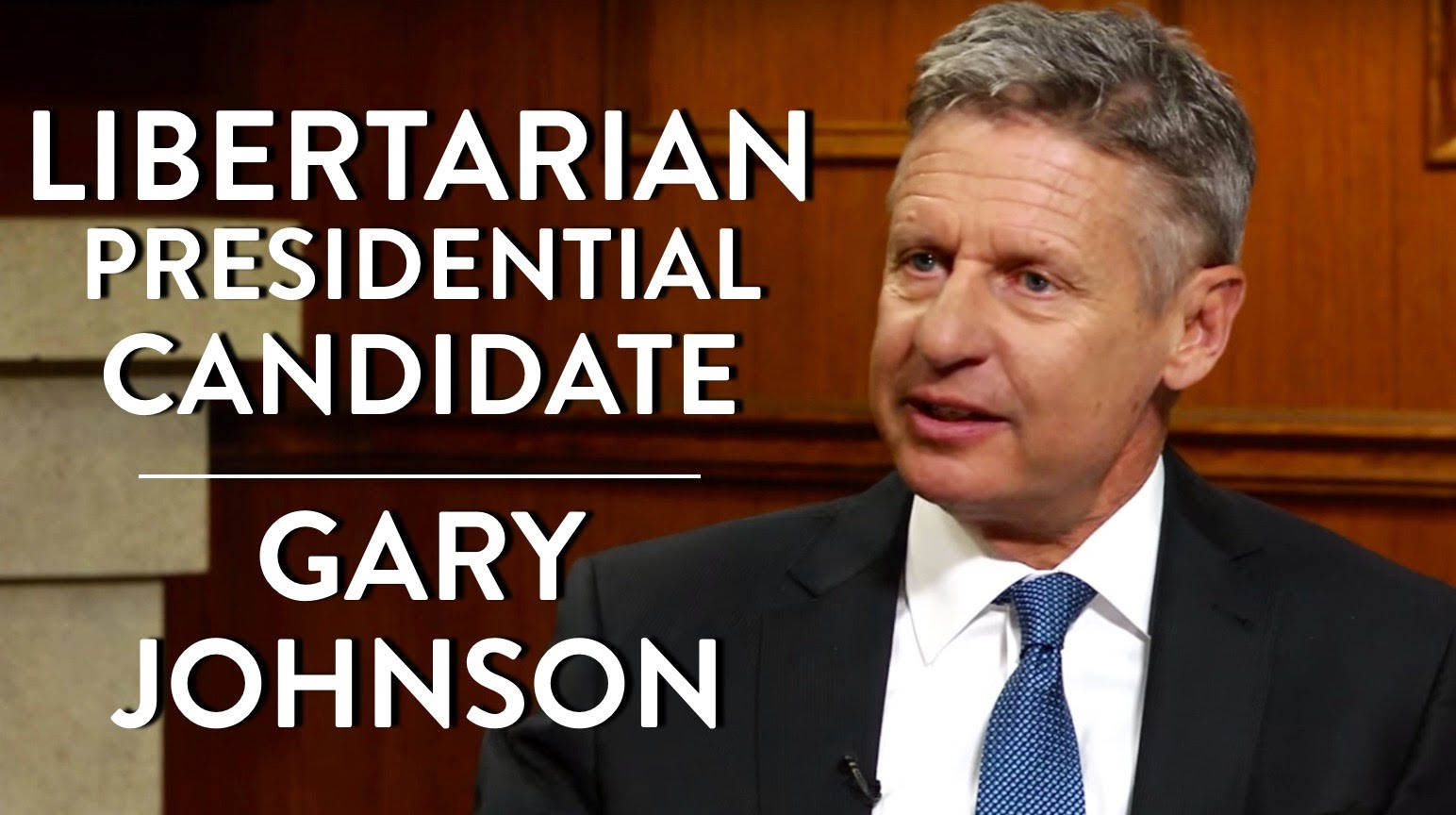 I urge you to join me for this historic event. FreedomFest is only six weeks away! Use the special code SALEM (all caps) and receive $100 off the retail price. Click here to register now: http://freedomfest.com/register-now/. Or call toll-free 1-855-850-3733, ext. 202, and talk to Karen or Jennifer. And while you are registering, be sure to sign up for my “Duel of Financial Gurus” breakfast with Alex Green on Saturday, July 16. You won’t want to miss this “insider” look at the markets and the newsletter business. Fly there, drive there, bike there, be there!

Until next Monday, this is Mark Skousen saying so long, fellow free-marketeers, and remember, AEIOU.

P.S. Even Microsoft is coming! Suhail Kahn, Microsoft’s director of external affairs in Washington, D.C., will be addressing us at FreedomFest on your privacy rights in response to the recent Apple iPhone case. The talk will be important!

In case you missed it, I encourage you to read my e-letter column from last week about how the Federal Reserve’s actions can contribute to recessions. I also invite you to comment in the space provided below my commentary.