The #1 Secret to Predicting the Future on Wall Street 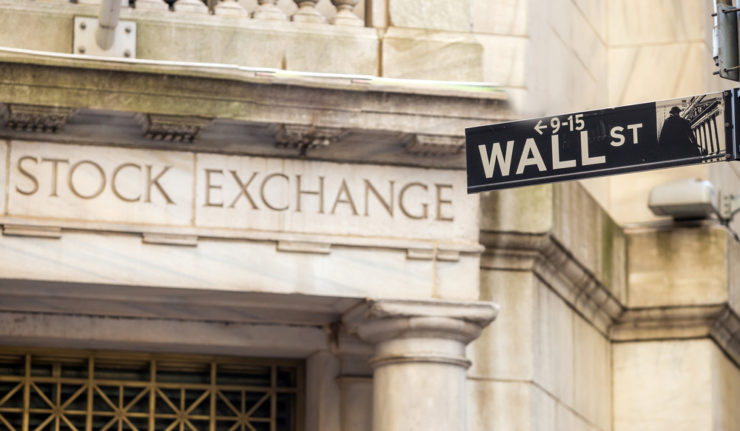 “Looking at earnings, dividends and P/E ratios in order to predict future stock prices are all a waste of time.”  — Bert Dohmen

Dohmen explained, “If a P/E were meaningful for predicting future price performance, why is a stock like Facebook selling at a lofty P/E of around 90, and Amazon with a P/E of 300, both still highly recommended and rising, while other stocks, like Apple, with a low P/E of around 10, [are] declining and down 35%?”

He added, “Analysts tell us that ‘earnings’ are the most important thing affecting stock prices. Really?! Well, corporate earnings in 2015-2016 have had the largest decline since the crisis in 2009, but the DJI and the S&P 500 are within about 1% of making new record highs.”

Then Dohmen asked the all-important question, “So what is the major determinant of stock market trends?”

I’m happy to report that Bert Dohmen, editor of the prestigious Wellington Letter, will be a main speaker at this year’s FreedomFest. Come join us. It is only a month away. To register, go to www.freedomfest.com or call 1-855-850-3733, ext. 202, and use code SALEM to get $100 off the retail price.

You Blew It! Voting Libertarian is Not Throwing Away Your Vote

Sen. Ben Sasse (R-Nebraska) is an up-and-coming standout among Republican senators who speaks his mind and holds to his principles. He is so incensed by the choice of either Donald Trump or Hillary Clinton in the general election that he has decided not to vote for either. In fact, he said he is seriously considering voting for the Libertarian Party candidate, former Gov. Gary Johnson.

Sen. Sasse recently stated, “Don’t be so sure the two-party political system continues long-term. Both parties are exhausted. They probably don’t have the big ideas for the change that is coming.”

Certainly, the Libertarian Party has many new, grand ideas that are economically conservative and socially liberal that should appeal to a broad group of Americans. In a recent poll, more than 11% of Americans supported Gary Johnson.

But isn’t Sen. Sasse throwing away his vote by choosing a third-party candidate who can’t win? Not necessarily. Third-party candidates almost always lose in the United States, but they can affect the policies of both parties. For example, Norman Thomas, the Presbyterian minister, unsuccessfully ran for president six times as a socialist, but ended up influencing both major political parties towards adopting many socialistic policies including Social Security and the welfare state.

Not convinced? Hear and see Sen. Ben Sasse in person at this year’s FreedomFest — he will be addressing us on Thursday, July 14. Sen. Rand Paul (R-Kentucky) will be speaking to us on the next day. Only at FreedomFest: www.freedomfest.com, July 13-16, Planet Hollywood, Las Vegas. Use code SALEM for $100 off the registration fee.

What We Can Learn from Muhammad Ali

Muhammad Ali, the “Greatest” boxer in my youth, may have lost his final fight against Parkinson’s disease last Friday, but he was a winner in helping us to defeat our opponents in life, whether it be discrimination or financial hardship.

Ali ended his career with a 55-6 winning record. He knew that winning meant taking risks. You can’t just fight a defensive match and win. He said, “He who is not courageous enough to take risks will accomplish nothing in life.”

That’s certainly true in the financial world. But, like Ali, you need to be selective when it comes to putting together a winning strategy. We think we’ve done a pretty good job here at Forecasts & Strategies. Right now, we are 17-0. All of the stocks in our portfolio have gone up since we recommended them! How many newsletter writers can say the same? To get my award-winning Forecasts & Strategies newsletter at the discounted Skousen CAFE price, simply click this link and I’ll show you one of my top-performing dividend plays — an energy stock that’s only getting better. Subscribe today to see our entire “recommended” list of stocks and mutual funds.

Be a Part of History: Friday Night Fight at FreedomFest!

We are planning to dedicate a room to Muhammad Ali at FreedomFest for his life-long fight against discrimination and the military draft. As Don King said, Ali’s mission was to advance freedom. “We were all there, [black and white] working together, a combination that was salt and pepper. It was liberation from chains that had shackled us. It was a breakthrough for black people worldwide. ‘Freedom’ was the cry.”

I’m thrilled to have George Foreman, Ali’s toughest opponent and boxing promoter extraordinaire, Don King, at this year’s FreedomFest. Foreman and King will pay tribute to the man who so famously stopped Foreman (the world champ at the time) in the eighth round of their 1974 heavyweight title fight, the first ever held in Africa. King was the promoter of the fight. Foreman admitted years later, “I never got in the ring with anyone as tough as Muhammad Ali. No matter how hard you hit him, he was not going to fall.” 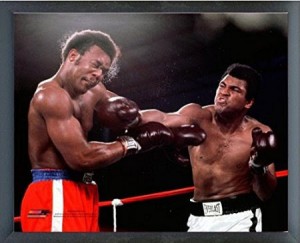 “George Foreman could sure take a punch!”

On Friday, July 15, Foreman plans to tell us how Ali changed his life forever. After his address on “The Art of Fighting in Business and Life,” Foreman will meet privately with 100 attendees. YOU should be there! Each attendee will be photographed with Foreman, and receive a signed copy of his book, “Knockout Entrepreneur” (he sold his grill business for $138 million). Joining Foreman will be Don King, the promoter who put together the famous “Rumble in the Jungle.”

Be a part of history. Join us at FreedomFest, July 13-16, at Planet Hollywood, Las Vegas. It is only five weeks away! Register now at www.freedomfest.com. Or call toll-free 1-855-850-3733, ext. 202, and talk to Karen, Jennifer or Amy. And now is the time to sign up for the special private meeting with Foreman and King (it will sell out).

In case you missed it, I encourage you to read my e-letter column from last week about why socialism can’t solve all our problems. I also invite you to comment in the space provided below my commentary.

This week’s Alpha Algorithm hones in on yet another steady-dividend-paying stock, typical of the stocks that have been outperforming the broader stock market in this range-bound year. The stock’s pullback over the past few days offers a particularly good entry point. Incorporated in 2012 and based in North Chicago, Illinois, AbbVie Inc. (ABBV) is one of the nation's largest pharmaceutical companies. The company's three most important drugs on the market today are H