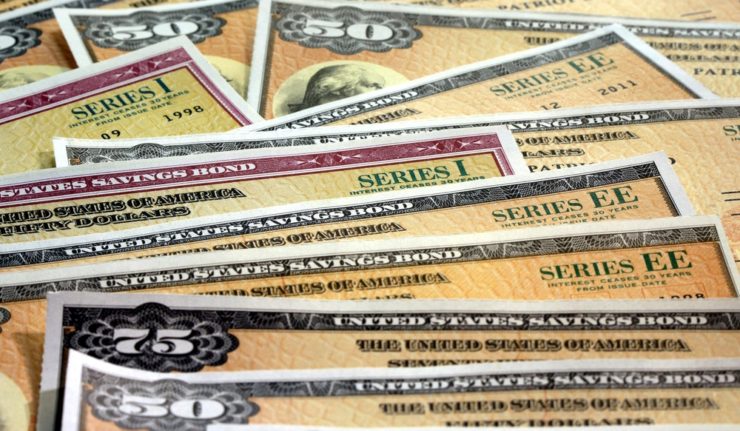 Stocks gave back a little ground Friday, but for the week the major averages are just about flat. More importantly, the recent trend over the past several weeks in markets has been a slow grind higher. That push to the upside now has brought equities back toward all-time highs.

Though the major averages continue to face some tough resistance at key levels (18,000 on the Dow Industrials and 2,100 on the S&P 500) there definitely has been an appetite for stocks of late, despite a host of strong market headwinds.

The bond market certainly has acknowledged those headwinds, which is shown by the clear warning sign flashing from bond yields.

This week, the yield on the benchmark 10-year Treasury note plunged to record lows, pinging out at just 1.35%.

What this means is that capital from around the world is pouring into U.S. Treasury bonds, sending prices up and bond yields down, as that segment represents the ultimate safe-haven asset for investors legitimately concerned with the state of the global economy.

Enhanced global growth concerns out of China, Japan and Europe all have weighed on markets this week, and the fear now is that a stall in growth will result in a marked sell-off in global equities — including stocks in the United States.

Then there are other concerns plaguing markets right now, the closest of which is the June 23 “Brexit” vote, where Great Britain will determine if it wants to leave or remain in the European Union. This uncertainty, along with fears about the European Central Bank’s next policy moves, have European stocks tumbling today. The SPDR STOXX Europe 50 ETF (FEU) now has broken down below its 200-day moving average. Further out, but not much further, is the U.S. presidential election and the potential turmoil surrounding this most unusual contest.

Then there’s the uncertainty about Fed policy and just what Fed Chair Janet Yellen and her fellow central bank leaders plan to do about normalizing monetary policy. There definitely won’t be a rate hike next week when the Federal Open Market Committee (FOMC) meets, but now the odds of a July rate hike are very low.

The next FOMC meeting after July is in September, and that is just six weeks before the election. I doubt the Fed has the fortitude to hike into that scenario, and that means we won’t get much Fed clarity for some time.

As we get deeper into the summer, I advise you to pay attention to the warnings signs bond yields are giving right now.

That’s because when it comes to bonds vs. stocks, the bond market is usually right.

“There are no great limits to growth because there are no limits of human intelligence, imagination and wonder.”

The late, great president was full of wisdom, and in the above quote he shows us why he made America feel so optimistic. I also firmly believe there are no limits to growth, and no limits to intelligence, imagination and wonder. For investors, the key is to find the companies and industries where that intelligence and imagination are creating shareholder value.

In case you missed it, I encourage you to read my column from last week about the jobs report that dashed the possibility of a rate hike. I also invite you to comment about my column in the space provided below my commentary.

Finally, I invite you to join me at The MoneyShow San Francisco, Aug. 23-25, Marriott Marquis. Register free by calling 1-800-970-4355 or sign up at DougFabian.SanFranciscoMoneyShow.com. Use priority code 041201.

share on: FacebookTwitter
previous article
This Lesser-Known Fund is Worth Watching
next article
Betting on the Boom in Recreational Vehicles