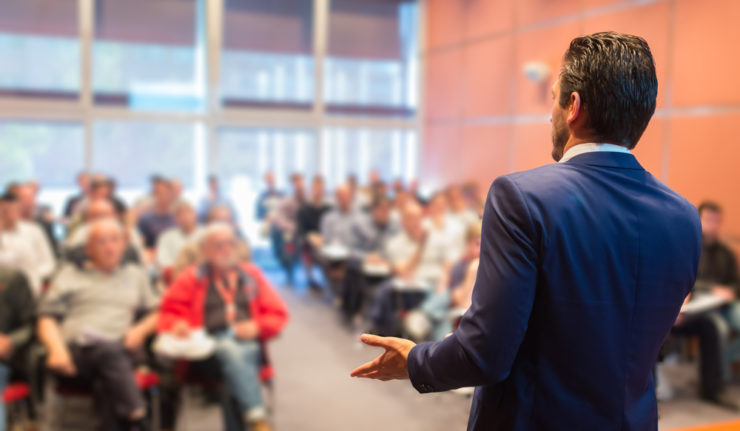 “The business of investing is not the same as investing in a business.” — Mark Skousen, “The Maxims of Wall Street”

I spent a day in Las Vegas last week, but not to gamble. I was there to speak to the Las Vegas Investment Club.

It is not a typical investment club that discusses stocks and bonds, but one that focuses on unique opportunities to invest in start-up companies that really make money. These club members are venture capitalists, not passive investors in the stock market.

While I was there, the president of the club handed out checks to a dozen people who had made a handsome profit from the latest venture. They had big smiles on their faces.

I always tell my students (I’ve taught at Columbia and Chapman Universities, among others) that there is more than one way to climb a mountain. Some investors prefer to put their money in businesses, while others trade shares in the stock market. There are pros and cons to both strategies.

But there is no doubt that the vast majority of people who made the Forbes 400 Richest List do it by investing their time and energy into their own businesses. Even those who made it on Wall Street did so as money managers (like Warren Buffett, Ron Baron and Ken Fisher).

But being a high-risk-taking entrepreneur is not for everyone; in fact, for most people, you are better off investing in other people’s successful businesses –- and that’s the stock market.

“The only way to end poverty is to create entry-level jobs. Lots of them.”

I just finished listening to Nike founder Phil Knight’s memoir, “Shoe Dog,” and found it riveting. I grew up in Portland, Oregon, so I loved the story of entrepreneurship even more. We always had envy fever with Seattle up the road, which was famous for building Boeing airplanes. Portland was always the little brother. Today, Seattle is also famous for being the corporate headquarters of Starbucks and Microsoft. Now, Portland at least has Nike! (But that’s still about it.)

At the end of his autobiography, Knight talks a little politics. He is deeply concerned about the anti-trade mentality being promoted by all the major presidential candidates — Trump, Sanders and even Clinton. (Hillary is no Bill Clinton, who signed NAFTA). “I do believe that international trade agreements benefit both nations, always,” Knight said, pointing to the North American Free Trade Agreement. “Everybody’s railing on NAFTA now, but since 1996, when we signed NAFTA, the gross national product of the United States has risen three times. Do we really think it would have gone up more than that if we didn’t have trade agreements?”

Knight also talks about the time Nike tried to raise wages in one of its Asian factories (I think it was in Indonesia) and was reprimanded by government officials, saying “We can’t have shoe makers making more than medical doctors in our country! The people would riot!”

I’m happy to report that the Las Vegas Investment Club will be at this year’s FreedomFest to share the group’s success story by presenting a fascinating session called “Fire Your Financial Advisor: Invest Like the Top 1% Who Have a Proven Record of Success!” See details below.

By the way, members of the Las Vegas Investment Club were fired up about FreedomFest (which is only one month away). Fifteen members signed up on the spot, and seemed excited to do so. Come join us! Check out the details below about new speakers, panels and debates.

And for those of you in the stock market, take note that I am doing well with the diversified Forecasts & Strategies portfolio in my monthly investment newsletter. Stocks are down a bit recently, but gold is up, so we are doing well overall. I am particularly pleased with a gain of more than 30% in a recommendation I made about four months ago to benefit from the rise in gold prices. Despite all the talk of a collapsing stock market by George Soros and Carl Icahn, and all the financial terrorists, Wall Street is not a graveyard. In fact, in my latest research, I show readers where they can make money no matter who wins the upcoming presidential election. Follow this link to learn more.

Last week Steve Moore (our resident economist at FreedomFest) was asked by Donald Trump to lead his economic team and revamp his tax plans. Larry Kudlow, long-time CNBC economic commentary and friend, is also on the team. They met privately with Trump and major business leaders who complained about excessive regulations with the Obama administration. “We are at war with these government inspectors,” they told Trump. They said specifically that Obamacare is making healthcare less affordable and more expensive.

Steve Moore will be at FreedomFest to discuss the “inside” views of a Trump administration at a private breakfast you are invited you (Grover Norquist and John Fund will be joining him)… sign up today.

Like all Americans, we at Eagle Financial Publications are mourning the horrifying loss that took place in Orlando. I believe the next thought on the minds of all Americans is: What can we do to stop this terrorism once and for all? Dr. Tawfik Hamid will offer an answer and a solution in his talk at this year’s big show, “How Radical Islam Works, Why It Should Terrify Us, and How to Defeat it.” It also is the title of his bestselling book.

Dr. Hamid is particularly equipped to address this topic. He is an Islamic thinker and reformer and a one-time Islamic extremist from Egypt. He was a member of a radical Islamic organization in Egypt with Dr. Ayman Al-Zawahiri (who later became the first in command of Al-Qaeda). More than 30 years ago, he started a reformation within Islam. He appeared on shows spanning the spectrum from CNN to Fox News and his op-ed pieces have appeared in The Wall Street Journal and many other reputable publications. Dr. Hamid testified before the U.S. Congress and the European Parliament and lectured at The DNI, The Pentagon, the FBI and others where he offered a strategic plan to defeat radical Islam.

Use This Special Code to Get $100 Off the Registration Fee

Join us at FreedomFest, July 13-16, at Planet Hollywood, Las Vegas. It’s less than a month away! Register now at www.freedomfest.com, and use special code SALEM (all caps) to get $100 off the registration fee. And bring a friend, only $300 more! Call toll-free 1-855-850-3733, ext. 202, and talk to Karen, Jennifer or Amy. Sign up for the special private luncheon with Steve Moore, Grover Norquist and John Fund.

P.S. Good news! We are going to have a big debate at FreedomFest on “Who Needs the Fed?” with John Tamny, a Forbes editor, and Warren Coats, a former International Monetary Fund official who has created two central banks! Only at www.freedomfest.com.

In case you missed it, I encourage you to read my e-letter column from last week about the best way to predict the future of stock markets. I also invite you to comment in the space provided below.