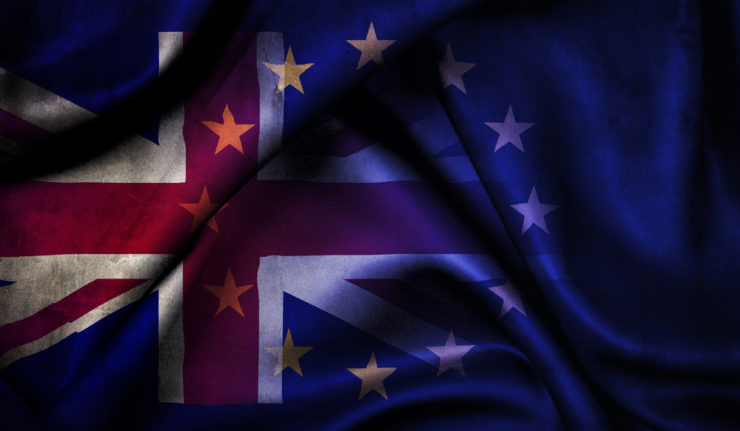 On Thursday, June 23, British voters will decide whether to stay in or leave the European Union (EU).

This is by far the most important vote that Brits will face in their lifetime. After all, a vote for prime minister happens every few years. The last vote on joining what was then the European Economic Community (EEC) happened in 1973, over 40 years ago.

In U.S. terms, think of this vote as the equivalent of a fiercely independent Texas holding a referendum to secede from the United States… and for much the same reasons.

Back in 1973, the Brits voted to join the EEC, a free-trading zone consisting of nine countries and an implicit insurance policy that the members would not go to war.

Today, the EEC has morphed into the European Union (EU), which consists of 28 countries, including even three former republics of the former Soviet Union through the Baltic States. It also subjects the United Kingdom to the regulations, court judgments and decrees of the faceless bureaucrats of the Brussels-based EU.

The so-called “Brexit” referendum questions whether this is what the United Kingdom really signed up for.

The vote on Brexit is a classic case of what Thomas Sowell has called the “Conflict of Visions.”

It is the conflict between “bottom-up” and “top-down” government. It is the contrast between self-determination and central planning.

In U.S. political terms, it is a state’s right to determine its own economic and political fate versus the federal government running its affairs through an onslaught of regulatory decrees and executive orders.

The historical context of the current debate is important.

After World War II, Britain elected a left-wing Labor government which essentially transformed it into a socialist economy. The United Kingdom’s major industries were taken over by the government. The smallest minutiae of British citizen’s lives were regulated by decree. The economy stagnated.

Meanwhile, Ludwig Erhard — father of the “Wirtschaftswunder” (“economic miracle”) — took the opposite tack in Germany. He allowed the free market to prosper and rebuild West Germany after the devastation of World War II.

Sure, Germany lost the war in 1945. But within 20 years, Germany had reclaimed its position as the world’s third-largest economy. Meanwhile, trash was still piling up uncollected on the streets of London.

With the election of Margaret Thatcher and the rise of the EU, the situation reversed. In the United Kingdom, the Thatcher government privatized British industry in the late 1970s, and the “Big Bang” in 1986 transformed London into a global financial capital.

In contrast, a newly overregulated Germany became the sick man of Europe.

Be Smart, Be European

This, of course, is not the story you’ll hear in the European mainstream media.

To be pro-European Union is to be sophisticated, educated and international. You are part of the global elite.

And, that’s flattering because, by golly, that sounds just like me.

After all, I’ve been an international expat all my adult life. My own son, at the ripe age of two, babbles bilingually and carries three passports. That makes him par for the course among European professionals, and typical of the army of bureaucrats running the EU in Brussels

All this is in stark contrast to the media image of the Brits who will vote for Brexit. According to this view, Brexit advocates are uneducated, parochial and outright racist. Every pro-Brexit voter I’ve seen interviewed on TV seems poorly educated, has bad teeth and, frankly, is not someone I’d invite home to dinner.

The Economic Argument for Brexit

I prefer to look at economic arguments. And these are far less compelling for the pro-EU side than the multilingual media mavens would have it.

As even some pro-European advocates concede, the EU is a set of bloated, bureaucratic, non-transparent entities who play their own game and make their own rules. The EU parliament is both toothless and pointless. It cannot propose any legislation. Nor can it revoke it. All decisions are made by faceless bureaucrats. Yet, there are no minutes taken at any EU meetings, lest someone be held accountable. Indeed, 10,000 EU staffers boast higher salaries than the U.K. prime minister. These modern-day Platonic philosopher kings even maintain their own shopping malls, keeping out the great unwashed whom they are supposed to protect and serve.

Each of the national holidays of the 28 member states are holidays for each EU employee. So vacation days add up quickly. I know a married couple who are EU bureaucrats who jumble their vacation time Rube Goldberg-style so that they seem to be on a perpetual paid vacation. It’s a great gig for educated professionals who have checked their ambition at the door.

But the real damage from the EU is not the profligate waste, but the relentlessly overweening regulation, including the more than 1,200 rules governing milk. Regulation kills businesses and leads to “Kafkaesque,” bizarre outcomes. EU bureaucrats sentenced the British fishing industry to death, paying British fishermen to burn their boats, while allowing other EU members to fish the very same waters. At the same time, the EU funds white elephant efforts such as long-forgotten EU projects to develop Europe’s alternatives to Google and the Global Positioning System (GPS).

What Happens if Britain Votes for Brexit

Conventional wisdom has it that if the United Kingdom votes to leave the EU, it will sign its own death warrant as an economy.

But European countries that thrive outside the EU aren’t hard to find.

The most compelling counterexample is Switzerland.

If the EU represents the philosophy of top-down, French-style “dirigiste dogma,” Switzerland is the ultimate “bottom-up” economy. A tiny nation roughly the size of Maryland with the population of 8.4 million, each Swiss canton negotiates its own tax regime with foreign investors. Switzerland has its own trade agreements with the EU.

If Britain were to leave the EU, there are plenty of reasons to think it would become more like Switzerland.

Another myth is that the United Kingdom will suffer as a result of being ousted from trade agreements.

Yet, it turns out that you don’t need trade agreements to trade.

The United Kingdom has no trade agreements with China or Japan yet trades plenty with those countries.

So when Barack Obama chimed in that the United Kingdom will be at the “back of the queue” for a new trade agreement should it leave the EU, the proper reaction should have been: “So what?”

Of course, if the Brits vote to exit the EU, there will be both short-term and long-term implications.

Over the short term, financial markets will be more volatile. The British currency could tumble 10-15%.

Over the longer term, some international banks may move some staff to the European continent. London housing prices may come down. New controls on immigration may make the United Kingdom’s labor force less diverse and colorful.

Alas, my own final prediction is that all the kerfuffle surrounding Brexit will be moot.

That’s because I don’t actually expect Brits to vote for Brexit.

As a general rule, late-deciding voters usually swing to maintain the current state of affairs. It also is what the betting houses in the United Kingdom predict. And they have financial skin in the game, not just their opinions.

That means that the United Kingdom — probably for worse — will likely remain in the EU.

And the political and economic Leviathan that is the EU will continue to thrive — ensuring that Europe’s relative economic decline continues.

Sadly, it is likely to take the United Kingdom with it.

In case you missed it, I encourage you to read my e-letter column from last week about the potential of timber as an investment alternative. I also invite you to comment in the space provided below.