Is Ron Paul Right about Brexit? Is The End Coming? No! 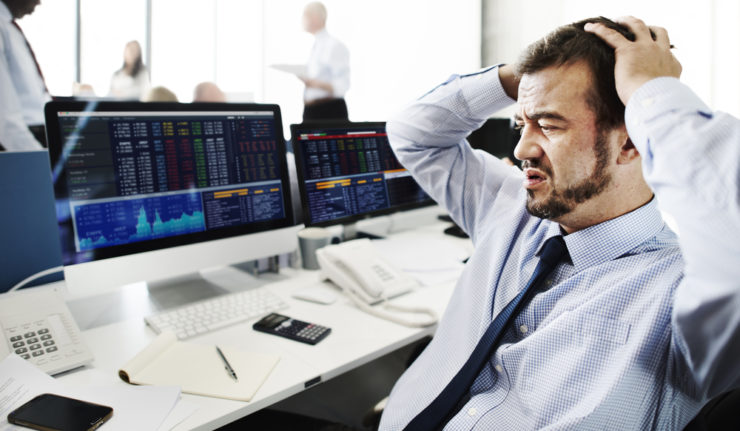 I was asked to comment on former Congressman Ron Paul’s prediction that Brexit — the British voting to leave the European Union (EU) — is the last domino to bring about the collapse in the monetary system as we know it.

I was on KitcoTV Wednesday, June 29, in New York to discuss it. Click this link to listen to my five-minute response.

Is Brexit a global storm or a tempest in a teapot? Is the great experiment in the United States of Europe coming unglued?

Economically, the EU was a modern formula for success — imitating the United States of America by permitting the free flow of money, capital, goods and labor throughout the continent of Europe. But free markets are also disruptive, causing winners and losers. It also means foreigners (such as EU bureaucrats in Brussels, Belgium), impose rules and regulations that people don’t like, especially by letting poor immigrants or even terrorists seeking to infiltrate Europe to enter countries such as the United Kingdom. Last but not least, it means a clash of cultures between the French, German and English, and now the Middle East.

The biggest problem is that the United Kingdom had no Plan B once its citizens voted to leave the EU in two years. Now that the British have voted narrowly to leave the EU, what policies should the United Kingdom pursue? Neither the U.K. Conservative nor Labour parties have offered an answer. Not surprisingly, David Cameron, United Kingdom’s prime minister, announced his resignation. Will the British adopt a liberalized pro-market economic policy, or will they get trapped into a protectionist mode?

Worse, what will the other EU countries do? Will they leave, too? Now almost every country is being energized to go it alone.

Financial Fallout: What Should You Do?

What to do? First of all, don’t panic. Fortunately, my Forecasts & Strategies investment newsletter offers a well-diversified portfolio that includes gold for the first time in five years, and a defensive position, which features my favorite oil and gas holding, is doing a good job of protecting the wealth of my subscribers.

The recommended portfolio is holding up well — most of the stocks and funds are down, but not as much as the market, and now are making a recovery. In fact, the portfolio is beating the market. It pays to stay invested and not panic, so click here to learn more about my newsletter and one of my favorite recommendations.

Second, we are holding an emergency meeting at this year’s FreedomFest on how to protect and grow your investment portfolio and business in response to the global uncertainty caused by Brexit.

I urge you to join our three-day FreedomFest investment conference and global financial summit, starting in two weeks, July 13-16. We also will be joined by Senator Rand Paul (Kentucky) and Senator Ben Sasse (Nebraska), as well as by three congressmen to talk about what’s going on in Washington and the critical 2016 elections.

On June 24, I received an email from Rob Arnott, the principal advisor to PIMCO, and he shared my deep concerns about the importance of Brexit on the global economy and markets. “We will adjust, but it may take five years to adjust to the disarray!”

Arnott is one of the smartest investors in the world and will be joining us at this year’s FreedomFest on July 15, in a special emergency session with on “Global Turmoil, the U.S. Elections and the Markets” with Steve Forbes, moderated by John Mauldin, publisher of the Mauldin Economics (just added). Other notables include Alex Green (Oxford Club), Keith Fitz-Gerald (Money Map), Peter Schiff (EuroPacific Capital), Bert Dohmen (Wellington Letter), money manager Adrian Day, Bill Bonner (Agora Financial), Steve Moore, and Grover Norquist. Plus, hear experts from around the global, including Barbara Kolm and Jon Golding from Europe. We just added Andy Puzder, CEO of Carl’s Jr. As Steve Forbes says, “FreedomFest is where the best ideas and strategies are fleshed out.” He’s serious. FreedomFest is the ONLY conference that he attends for the entire three days. So does John Mackey, CEO of Whole Foods Market (who is over in the United Kingdom right now visiting his stores and he will give us his own report at FreedomFest in July).

See you in Vegas in two weeks! Fly there, drive there, bike there, be there!

You Blew it! Is This Chart Accurate? Is the Middle Class Being Destroyed?

“We are an inch from total economic collapse. People are out of money. Obamacare and high taxes have destroyed all consumer spending and savings.”

Supporters of the “stagnation thesis” argue that wages and the standard of living for the average American are flat or have been declining in real terms since the 1970s.

Here’s the chart they used to support their doom-and-gloom case:

But this chart doesn’t tell the whole story. It leaves out compensation and benefits (medical insurance, paid leave, etc.) that have increased significantly since the 1970s.

Rose concluded, “The growth in the rich and upper middle classes and the declining proportion of the population in the middle and lower classes indicate widespread economic growth between 1979 and 2014.”

In sum, the Adam Smith model of democratic capitalism works. If a nation adopts his invisible hand doctrine of “system of natural liberty,” the results are positive for rich and poor, but especially the poor. As Adam Smith stated in the “Wealth of Nations” (published in 1776, a declaration of economic independence), the nation achieves “universal opulence which extends itself to the lowest ranks of the people.”

In case you missed it, I encourage you to read my e-letter column from last week about how you can invest in yourself with FreedomFest. I also invite you to comment in the space provided below.