The Capitalists Win at FreedomFest! 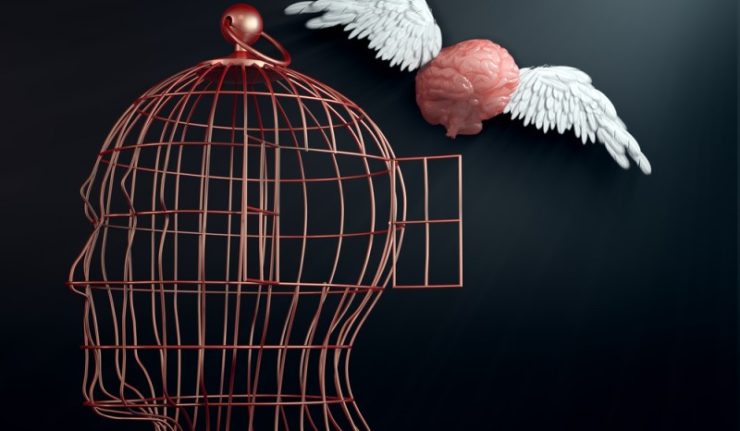 “[This market] can sure take a punch!” — George Foreman

FreedomFest, what one attendee called “the greatest libertarian event in the country,” defied all odds by attracting more than 2,100 attendees last week. Due to its proximity to the Republican National Convention, much of the media (including C-SPAN for the first time) skipped our conference and headed toward Cleveland. They missed an incredible event, what one attendee called “liberty’s family reunion.”

The first debate took place Thursday morning, July 14, between the bulls (Alex Green and Keith Fitz-Gerald) and the bears (Peter Schiff and Bert Dohmen). Read the article here by Paul Dykewicz. As the moderator, I asked the question, “Given all the negatives this year such as the Fed raising rates, the oil crisis, the Trump phenomenon, terrorist attacks and Brexit, are any of you shocked that today the Dow is at an all-time high?” All four were too embarrassed to admit it, but it is a surprise. As the old saying goes, “Bull markets climb a wall of worry.”

The audience agreed, and the bulls clearly won the debate this year.

Libertarian CEOs Debate: Who are More Important, Customers or Employees?

Right after the bulls-bears debate, I moderated the Libertarian CEO panel, which was full of controversy. I started with a few quotes from Bill Bonner’s book “Family Fortunes”, especially this one: “If a company thinks too much about employee morale, it’s lame.” The other CEOs, especially John Mackey, co-CEO of Whole Foods Market, strongly disagreed with Bill’s statement. Mackey is a firm believer in the “stakeholder” philosophy, in which all stakeholders, including customers and employees, should be happy. Bill and John promised to continue the debate next year.

John Mackey also debated John Roemer, professor of political science at Yale University and a self-proclaimed socialist/Marxist. However, lately Roemer has been calling himself a “market” socialist who believes in the markets but adds that the outcome should be tempered by progressive taxation and heavy regulation of business. Mackey showed chart after chart how capitalist countries have outperformed socialist countries, even in the area of income and wealth distribution.

I responded, “That’s right, don’t ever forget it — Marx is dead!”

One event that injected controversy at the FreedomFest show this year was “The HUGE Debate: Trump, Pro and Con.” Even though it was a breakout session, I estimated that over half of the audience attended, and they were not disappointed. I’ve never seen a shouting match at FreedomFest like this one. Emotions ran high and in the end, despite Nick Gillespie, editor of ReasonTV, showing his bias against Trump as moderator, the crowd voted 2-to-1 in favor of Trump. However, according to the straw poll of attendees, their favorite candidate was Libertarian candidate Gary Johnson, who netted 54% compared to 34% for Trump. Johnson and his running mate William Weld spoke, but with virtually no national media coverage, unlike the extensive attention Trump got last year at FreedomFest.

Highlights included speeches by Judge Andrew Napolitano, Sens. Rand Paul and Ben Sasse, George Foreman and Don King, the mock trial (global warming – a jury vote shocked everyone), and the Pitch Tank (surprise grand prize winner). Steve Forbes was a hit with the audience, attending many of the sessions, inscribing his new book “Reviving America,” and staying for the entire show, including the gala Saturday night banquet and concert with the Big Bad Voodoo Daddy swing band.

Where to buy the audio compact discs (CDs) for this year’s big show? Go to www.miracleofamerica.com or call toll-free 1-866-254-2057. The price is only $5 for each session, or $450 for the entire event. I always buy the CDs and listen to them during the summer months. The CDs are educational and great fun.

For investors, the three-day investment conference was a hit. The debate between Rob Arnott and Joel Stern on “Do Dividends Matter?” was an important one. I pointed out that my strategy to recommend quality companies that have a high and rising dividend have paid off. So far this year, my Forecasts & Strategies investment newsletter recommendations are up more than 12%, compared to 2% in the Dow. Click here now to learn about one of my favorite current recommendations.

Sign up to Join me at the MoneyShow San Francisco, Aug. 23-25

Join me at The MoneyShow San Francisco, Aug. 23-25, Marriott Marquis. Register free as my guest by calling 1-800-970-4355 or sign up at MarkSkousen.SanFranciscoMoneyShow.com. Use priority code 041199.

In case you missed it, check out my e-letter column from last week about the great debate between the Bulls and the Bears. I also invite you to comment in the space provided below.

Where was the Media Coverage of the Libertarians at FreedomFest?

Last year on July 11 in Las Vegas, Donald Trump spoke at FreedomFest and there was a media frenzy. CNN, Fox News, MSNBC, NBC, ABC, Daily Mail and even Playboy showed up to hear what Trump had to say. The Celebrity Ballroom at Planet Hollywood was packed. It was Trump’s lucky day (7-11 in Vegas), and he never looked back. TV coverage of FreedomFest was all day long. In a modest way, we can take credit for jump starting Trump’s road to the White House — or the blame, depending on your viewpoint.

Last week (July 13-16), we met in the same Celebrity Ballroom at Planet Hollywood for FreedomFest. Over 2,100 people were in attendance to hear more than 270 speakers.

We invited Gary Johnson, the Libertarian Party presidential candidate, and his running mate, William Weld. Both are popular and experienced two-term governors who combine to give voters a legitimate third-party presidential ticket. Some polls indicate they have popular support from more than 10% of the expected general election voters.

We invited the same media organizations to report on the talks of the Libertarian candidates at FreedomFest.

Guess what? They didn’t show up. No CNN, Fox News, MSNBC, NBC, Daily Mail, etc. Even C-SPAN failed to appear for the first time in 10 years at FreedomFest.

What a sad commentary on the media.