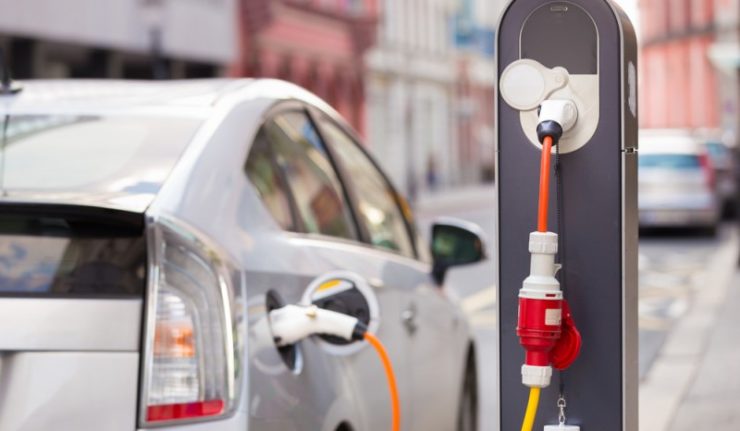 When investors talk about the company at the vanguard of the revolution in electric vehicles (EVs) in the United States, only one company typically comes to mind: Tesla Motors, Inc. (TSLA).

And although investors in Tesla have fared well, with the stock up almost 12-fold since its initial public offering (IPO) in 2010, the stock today is trading pretty much where it was at the start of 2014.

Indeed, some of the world’s best investors are betting on a different horse to win the global EV race.

Back in 2008, Warren Buffett’s Berkshire Hathaway (BRK-B) created a buzz when it invested in Shenzhen, China-based BYD Company Ltd. (BYDDF), then still an obscure startup.

After meeting BYD CEO Wang Chuanfu, Munger described him as “a descendant of both Thomas Edison and Jack Welch.”

Berkshire eventually took a 10% stake in BYD for $230 million.

That’s an annual return of more than 25% per year, making BYD Berkshire’s top investment over the last decade.

Other high-profile investors are now getting on the bandwagon. Just last week, Samsung took a stake in BYD for $450 million.

And in terms of stock price performance, BYD is starting to pull ahead of its higher-profile rival.

BYD Company (BYDDF) versus Tesla (TSLA) over one year

In many ways, BYD Company Ltd. (BYDDF) — whose initials stand for “Build Your Dreams” — is the global pioneer that Tesla claims to be.

BYD sold its first hybrid in 2008, long before Tesla went into production.

Deliveries of its first all-electric car, the e6 — a boxy, midsize all-electric hatchback used by taxi companies in China and Europe — began in 2011, a year ahead of the first sales of Tesla’s Model S. Last year, BYD sold 61,722 EVs to become the world’s largest producer. BYD expects that number to almost triple again this year, with sales surpassing 150,000.

Founded in 1995 as a battery company in the industrial hub of Shenzhen, Guangdong Province, just outside of Hong Kong, BYD started by employing 20 people from a state-owned company. After raising $300,000 from friends and family, CEO Wang Chuanfu opened BYD’s first factory in Shenzhen where it manufactured rechargeable batteries for cell phones. Within five years, BYD held a 50% market share across the globe.

In 2002, BYD expanded into electric vehicles (EVs) when it purchased a small producer of gasoline cars that became BYD Auto Ltd.

Today, BYD remains the largest rechargeable battery manufacturer in the world, boasting a 25% market share. BYD is also the only EV manufacturer that makes its own batteries, giving the company a big edge in controlling its costs.

BYD has sold its mass-produced, fully electric buses in more than 110 cities in 36 countries. BYD is also quietly building a U.S. business that supplies rechargeable buses to transit agencies in Los Angeles, Long Beach and Gardena in California, Denver and St. Albert in western Canada.

At its current pace, CEO Wang expects BYD to join the ranks of the Global Fortune 500 companies by 2017.

BYD vs. Tesla: A Conflict of Visions

Tesla CEO Elon Musk is part visionary and part showman. He is in the habit of announcing massive, seemingly unattainable goals and then scrambling his troops to meet them. This swashbuckling style, combined with its sleek, futuristic designs, has turned Tesla into the quintessential story stock. Tesla is today able to sell tens of thousands of cars even before they are produced.

BYD is very different. Unlike Tesla, with its Apple-like appeal for which consumers pay a premium, BYD does not have cult-like branding power.

That’s why BYD has made building a brand equal to Tesla its top priority over the next three years.

BYD’s biggest challenge is that making pie in the sky promises like Tesla’s Elon Musk is just not in BYD’s DNA.

Taking a typically Chinese long-term view, the head of marketing at BYD has said,

“We don’t seek a moment’s glory or satisfaction, but take a long-term view. BYD hopes to create a business that’ll be around for a hundred years.”

Reflecting a philosophy not unlike Berkshire Hathaway’s, if Tesla is all “sizzle,” then BYD is all “steak.”

In terms of generating profits, BYD is hitting its stride. On April 28, citing strong demand for its electric and plug-in hybrid vehicles, BYD forecast a five-fold jump in its first-half net profit of 2.25 billion-2.45 billion yuan ($347.29 million-$378.16 million).

For the first quarter, BYD reported 851 million yuan ($131.35 million) in profit, a seven-fold increase year on year and in line with its previous forecast of a 495% to 644% rise. BYD reported a similarly large rise for 2015’s full-year net profit, even as China’s car market — the world’s largest — was weighed down by the slowest economy in 25 years.

I recommended that my subscribers to The Alpha Investor Letter buy BYD Company Ltd. (BYDDF) back on May 12.

And with the revolution in electric cars still in its infancy, there is little doubt that BYD’s stock price has plenty more to go.

Finally, BYD Company Ltd. (BYDDF) is far from the only winner in the Alpha Investor Letter. One of my other recommendations has outperformed the Dow 11 to 1 over the last 29 years. The company’s shares have gained 8,340% during that time for an average annual return of almost 17.5%. That’s enough to turn $10,000 into $1.07 million. But that’s just part of the story. Click here to discover why this company’s average gains have soared to 27% over the last five years, and how you can invest in it, too.

In case you missed it, I encourage you to read my e-letter column from last week about opportunities in the emerging markets. I also invite you to comment in the space provided below.

previous article
Booking 23.38% Option Gains
next article
Buckling in for Possible Turbulence Ahead!