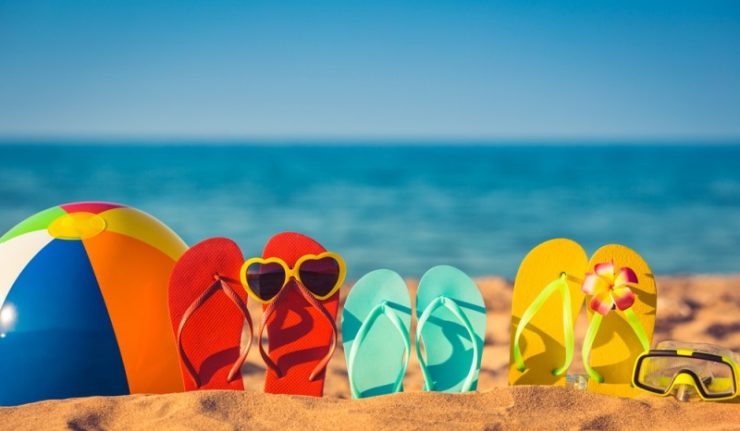 Markets have been uncharacteristically quiet over the past couple of weeks, as the summer slowdown seems to have stopped the latest rally in its tracks.

After a big jump higher following the June Brexit vote in which U.K. citizens chose to leave the European Union, stocks have largely stalled… albeit near their all-time highs.

Now we have to ask ourselves what is going to send stocks higher, and what can possibly send stocks lower?

The first thought is that we still have a lot of second-quarter earnings reports ahead. Although this earnings season has seen some big winners (Facebook and Google), it also has seen some strugglers (McDonalds and Verizon). In order for this market to get another good bounce higher, we are going to have to get some more good news on the earnings front.

This week, the market didn’t react much to the Fed’s announcement that it would keep interest rates unchanged. That decision wasn’t a surprise. But what was a surprise was the rather “hawkish” commentary on improved economic conditions.

The Fed actually opened the door to a potential September rate hike, although I doubt Fed Chair Janet Yellen and her crew will intervene on rates just seven weeks before the presidential election.

And speaking of the election, the conventions are in the books, and now the real fireworks are about to begin. If this election season fosters more market uncertainty, we could be stuck in the muck well into the fall.

Right now, I think that if you have a lot of exposure to U.S. markets, you’ll be okay. If, however, you have only a little exposure to the United States but still want to put money to work, then there are likely better opportunities in countries where stocks are flourishing.

The table below shows some of the best-performing country-specific ETFs that I currently am monitoring for my Successful ETF Investing subscribers.

As you can see, emerging markets are at the forefront here, with Peru, Brazil and Indonesia in the top tier.

In the days to come, I plan to add exposure to one or more of these sectors for my subscribers. So, if you want to make sure you get in before we add our next trade, then please check out Successful ETF Investing today.

Is Oil’s Slide a Prelude to a Rally?

The cost of a barrel of crude has sunk some 15.6% over the past month, as represented by the United States Oil Fund (USO).

The chart here clearly shows the February to June rise in oil prices, a rise that was followed by a very sharp sell-off. So far, oil’s decline hasn’t been a negative for equity prices, as the S&P 500 still trades near its all-time highs.

Yet if we see oil prices continue to trend lower, that will put a crimp on energy stocks — and that will negatively affect the price of the major domestic indices such as the Dow and the S&P 500.

One thing I think is important to note here about oil is that it tends to correct itself once prices fall far enough. That happened in April, when USO fell to just above $9. The subsequent move took the fund back to nearly $12.50 before the selling began again.

Today, shares trade at $9.77, which is an area where traders appear to see value.

So, don’t be surprised if bargain hunters take the recent pullback in oil as their cue to get back into the battered segment, as has happened several times this year. I suspect another bounce in oil prices could be in the offing soon.

“Political language… is designed to make lies sound truthful and murder respectable, and to give an appearance of solidity to pure wind.”

The conventions are over, and now the real fight for the presidency begins. I suspect we are about to hear a whole lot of vitriolic rhetoric in the months ahead, so that’s why it helps to remember what the great George Orwell wrote about all political speech.

In case you missed it, I encourage you to read my column from last week about how Brexit affected U.S. and European markets. I also invite you to comment about my column in the space provided below my commentary.

share on: FacebookTwitter
previous article
Booking Option Gain of 22.92%
next article
This Value Play Is Set to Soar Higher