Why Investors Shouldn’t Bet on the World Ending Today 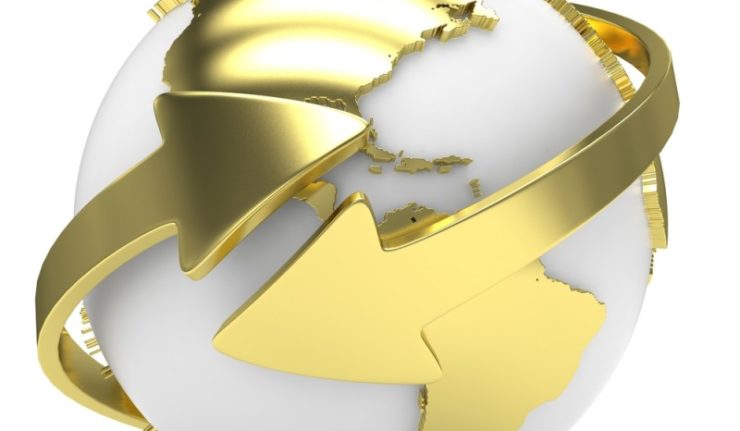 Scan the media headlines anywhere in the world and you always will see disaster looming on the horizon.

The world, it seems, has been on the verge of coming to an end for as long as I can remember.

My second-grade classroom in Pittsburgh had dozens of copies of Stanford professor Paul Ehrlich’s book “The Population Bomb” lining its bookshelves. This bestseller confidently predicted that hundreds of millions of people would starve to death in the 1970s and 1980s.

I recall a newspaper headline in 2003 about a study that predicted that 50,000 people would die from “mad cow disease” in the United Kingdom that year alone. That is about the same number of Americans who perished in the Vietnam War. The total number of actual deaths through 2014 was 177.

Think of all the apocalyptic predictions just over the last decade — AIDS, Y2K and SARS. Today we have the Zika virus.

History is littered with experts — and not just leaders of fringe cults — who predicted the end of the world and got it wrong. The philosopher Bertrand Russell warned in April 1961 that if the great powers did not change their policies, “it is in the highest degree improbable that any of you here present will be alive 10 years hence.”

At that same forum, Russell quoted an even gloomier C.P. Snow, who noted, “Within at the most 10 years, some of these bombs are going off. I am saying this as responsibly as I can. That is a certainty.”

Don’t Listen to the Experts

The Greeks turned to oracles to predict the future. In Roman times, soothsayers read animal entrails.

These days, the experts we turn to are Nobel Prize-winning economists and academics who try to divine the truth about the economy and stock markets.

While we may dismiss the Greeks and Romans with a knowing nod and a wink, the irony is that overcomplicated financial modeling perpetrated by Wall Street’s highly trained rocket scientists only gives them a greater misplaced self-confidence with which to screw up, and to do so in a much bigger way.

The spectacular blow-up of Long Term Capital Management in 1998, a firm with two Nobel Prize winners on its staff, is a textbook case of how textbook theories and the overconfidence they create can lead the entire financial system to the brink of collapse.

So why are we so bad at prediction, even as we are psychologically addicted to it?

The world is a complicated place.

Psychological studies have shown that few things can drive you nuts faster than the feeling that you have lost control.

That is why we also tend to seek patterns where no such lack of control exists (like technical analysis), as well as to confirm our pre-existing beliefs (what psychologists call “confirmation bias.”)

We gain psychological solace from an explanation — whether it has any basis in truth or not.

It also takes exceptional self-confidence to argue against ideas that won their progenitors a fistful of Nobel Prizes.

Even in the face of overwhelming evidence, we would rather cling to widely accepted, sophisticated explanations, even when experience suggests they may be wrong.

The elephant in the room is that the predictive capabilities of modern finance are no better than, say, astrology.

Consider the case of the top-performing financial newsletter of 2008, Arch Crawford’s Crawford Perspectives, which gained 42.4% through the end of 2008.

After a rip-roaring 2008, Crawford was cheerfully optimistic about the stock market in 2009, predicting a much stronger and more lasting advance. He was right again. No wonder Hulbert Financial Digest ranked Crawford as the #1 Stock Market Timer for the period of October 1, 2007, through October 31, 2009.

So how has this modern-day oracle fared since then?

“During 2010, expect as great or greater Crash than has yet ever been experienced!” Crawford recommended, adding: “proper emergency measures such as extra food, water, medicines and cash over the next 24 months in particular. Do not wait any longer!”

The Nobel Prize-winning academic fathers of modern finance at the University of Chicago, Stanford and Harvard will rightly laugh off Crawford’s astrology-based predictions.

What Is to Be Done?

So what lessons are there in this for how you manage your portfolio?

Top traders know that during times of uncertainty, it is best to pull in your horns until the dust settles.

Long-term investors like Warren Buffett take it one step further. The Oracle of Omaha invariably takes advantage of Mr. Market’s mood swings to add to his longtime positions.

While these rules of thumb helped turn both Soros and Buffett into billionaires many times over, they are just too simple to win either of them a Nobel Prize for their investment theories.

Still, both Soros’ and Buffett’s insights do show that common sense and level-headedness trumps complex financial modeling yet again.

Moreover, as I have written before:

With the world looking poised to survive, consider that one of the current recommendations in my Alpha Investor Letter has outperformed the Dow 11 to 1 over the last 29 years. The company’s shares have gained 8,340% during that time for an average annual return of almost 17.5%. That’s enough to turn $10,000 into $1.07 million. But that’s just part of the story. Click here to discover why this company’s average gains have soared to 27% over the last five years, and how to invest in it.

In case you missed it, I encourage you to read my e-letter column from last week about how China’s Tesla has remodeled the state of the electric car market. I also invite you to comment in the space provided below my commentary.