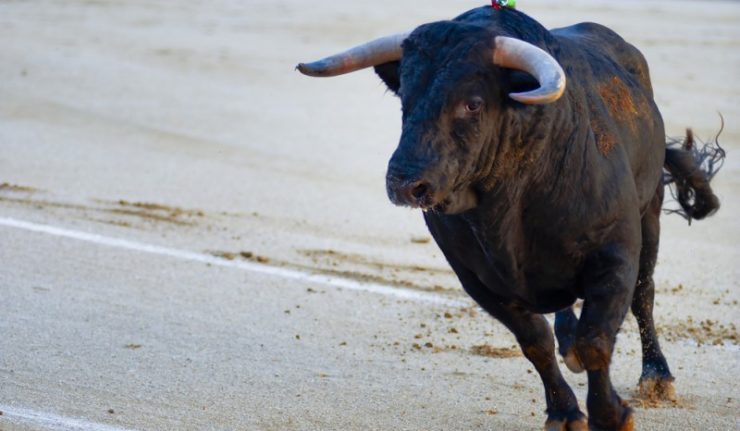 The market loves a good headline and last Friday’s non-farm payroll number of 255,000 versus estimates of 185,000 was all the bulls needed to put an end to the recent eight-day slide for the major averages.

Specifically, the U-6 unemployment rate, unlike the official rate, includes many people not otherwise counted as unwillingly out of work. The U-6 figure includes discouraged workers who have looked for jobs in the past 12 months but not in the last four weeks because they don’t believe there is work available for them due to economic conditions or other reasons. The U-6 rate also includes people who work part time because full-time work is not available.

Not only did the U-6 number edge higher from 9.6% in June to 9.7% in July, the country’s Labor Participation Rate, which measures the share of Americans at least 16 years old who are either employed or actively looking for work, dipped last month to a 38-year low of 62.6%. Regardless of the market’s bullish reaction to the headlines, structurally speaking, the job market should be in much better shape after an economic recovery in its eighth year.

To put this seemingly slower recovery into perspective, the economy lost considerably more jobs in the 2007-2009 Great Recession than in prior recessions, as the chart below illustrates. Historically, the economy has begun to enter into a new recession after an eight-year spell, and is why there are so many naysayers who have been so wrong about the current bull market’s ability to be sustained. 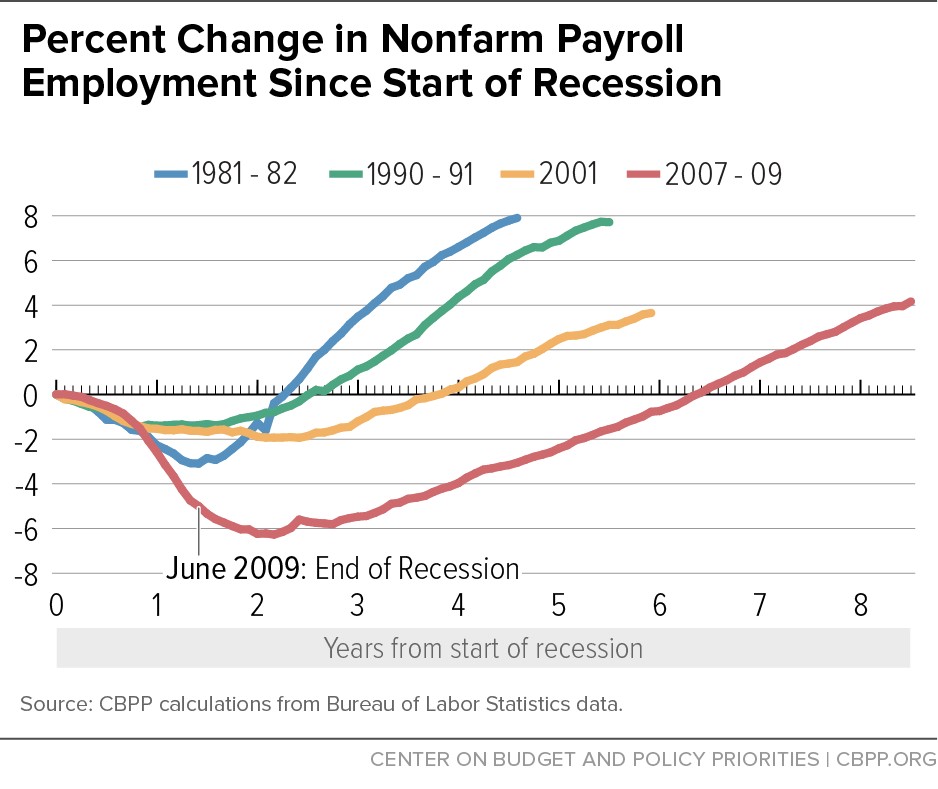 Slow growth around the world, record lows for interest rates, record amounts of stock buybacks, central bank stimulus and low inflation risk are acting like an unlimited source of fuel for higher equity prices. In my view, there is more room for the market to run. Add the strong dollar component and it becomes pretty clear that for risk-averse money, U.S. blue-chip stocks that pay dividend yields north of 2.0% have been and will continue to be standouts. Nothing has changed in this landscape. In fact, the central bank of England just cut its key interest rate to 0.25% from 0.50%, the first cut in seven years. England’s central bank also committed $100 billion-pound sterling to encourage banks to lend to ward off the risk of a Brexit-related recession.

The good news from the Labor Department has investors and traders piling into the financials, materials and industrial sector. Three factors at work here that need to be considered in light of the jobs data are the renewed weakness in the energy markets, the lower revision for gross domestic product (GDP) and a ho-hum earnings season that has yet to impress the analyst community. Call it a “steady as she goes” economy, which is music to the ears of dividend and high-yield investors, as well as traders who want to take full advantage of market volatility with an active covered-call strategy. All three approaches have far outpaced the major averages year-to-date and I do not expect any change to these trends. There remains a lot of work to do in China, Japan and especially Europe, where any slippage of the nascent gains in recent data will take a toll on what is already cautious global investor sentiment.

With that said, the market is taking the glass-half-full approach and cash on the sidelines is coming off and getting put to work with the Dow, S&P 500, Nasdaq and Russell 2000 all building on the July rally and setting more record highs on Friday. I would be looking for retail numbers getting exponentially better to reflect the improved jobs data. If so, the slack GDP rate of 1.2% for the second quarter will be a distant memory with a nice year-end rally that makes 2016 a better year than the majority of investors would have expected.

Finally, let me share the most intelligent way to trade options today and why I think that is the case. First, this strategy lets you leverage the world’s biggest companies, such as Apple, Google, Facebook and other market-leading names. Second, you’re able to sell volatility back to the market on these companies, while generating substantial income. I’ve developed a way for my subscribers to profit from this strategy over and over again. The best part is it takes very little time. All you have to do is follow my simple instructions. Click here to learn more about my new Instant Income Trader service.

In case you missed it, I encourage you to read my e-letter column from last week about why the decline in GDP figures matches investor sentiment. I also invite you to comment in the space provided below my commentary.