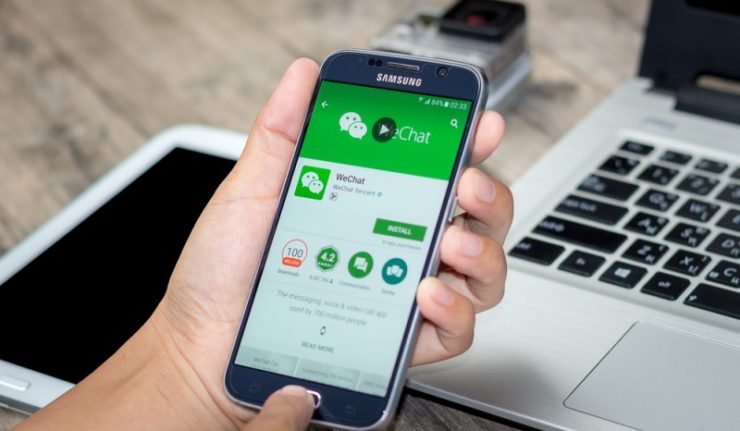 Bursting at its demographic seams with a population of 1.35 billion potential users, investors have long viewed China as the pot of gold at the end of the rainbow for Internet investing.

This has long made the Internet in China one of the most powerful top-down investment themes around.

A casual glance at the numbers reveals why.

The number of Chinese Internet users surpassed 720 million in 2016. That is roughly the number of users in the United States, Brazil, Japan, Russia and Germany combined.

China overtook the United States to become the world’s largest e-commerce market back in 2015.

The Economist magazine recently described China as the Galapagos Islands of the Internet — cut off from the rest of the world, and boasting its brand of Internet species.

Although Chinese Internet companies closely resemble those found in the remainder of the world, they have evolved through the process of natural selection to be different from their rivals abroad.

Critics rightly point out that this evolution has been anything but “natural.”

In fact, the Chinese government has played a crucial role in nurturing homegrown Internet champions in a protectionist style that would make Donald Trump proud.

This explains the absence of global household Internet names such as Google, eBay and Facebook from the local Chinese Internet scene.

The most recent victim of this Chinese shenanigans is Uber.

The San Francisco cab-hailing giant threw in the towel on China last week after a recent regulation banning its app effectively put a final nail in the coffin of Uber’s extensive expansion efforts.

After losing billions trying to get a foothold in China, Uber left with a consolation prize: a 17.7% stake in its much larger homegrown Chinese rival Didi.

Those are better terms than what other American Internet giants managed.

However, it was yet another instance of how Chinese regulators clearly sealed the fate of American rivals.

Most notable among these is the remarkable rise of WeChat, a messaging application that started out as a competitor to the Facebook-owned messaging system, WhatsApp.

Adapting to the particularities of the Chinese marketplace, WeChat has transformed into a “mega app” that has quickly surpassed anything offered by Silicon Valley.

WeChat combines Facebook’s messaging, Skype’s voice and video calls, Google’s search and browsing, and PayPal’s payments in one platform. Its ecosystem of messaging and group chats has rendered email irrelevant for many Chinese users. WeChat also boasts dozens of other services otherwise through different apps in the West. Overall, many users say that WeChat makes the Balkanized internet of the West seem hopelessly backward.

That is why over one-third of the time spent online by 700 million Chinese users is on WeChat.

HSBC already has valued WeChat at $80 billion. Moreover, its impact on China’s internet suggests that it may be worth a lot more, very soon.

Today, WeChat’s success is monitored carefully, with a combination of admiration and envy, by the folks running Silicon Valley’s giants.

That is a radical statement that signals a sea change in the development of the Internet.

Once upon a time, back in old days of 2012, Chinese websites were thinly disguised knockoffs of Silicon Valley rivals.

In fact, you can look at WeChat to see what you can expect Facebook to be like in three years.

How to Make Money in the Chinese Internet

Now, making money from the Chinese Internet market for U.S. investors is not easy.

As I have recommended to my subscribers in The Alpha Investor Letter, you can place a broad-based bet on China’s Internet through Kraneshares CSI China Internet Exchange-Traded Fund (KWEB).

KWEB invests in publicly traded China-based companies whose primary businesses are in the Internet and Internet-related sectors.

Moreover, if you want to invest directly in the success of WeChat, focus solely on Tencent Holdings (TCTZF), which also has a stake in Chinese Uber killer Didi.

Invest in either of these, and you can achieve what Google, Amazon and Uber failed to do: make money on Internet investing in China.
If you want regular investment guidance, consider that one of the current recommendations in my Alpha Investor Letter has outperformed the Dow 11 to 1 over the last 29 years. The company’s shares have gained 8,340% during that time for an average annual return of almost 17.5%. That’s enough to turn $10,000 into $1.07 million. If you are curious, click here to discover why this company’s average gains have soared to 27% over the last five years, and how to invest in it.

In case you missed it, I encourage you to read my e-letter column from last week on just how reliable are the predictions of the so-called “experts”. I also invite you to comment in the space provided below.