Why the Progressive Income Tax is a Danger to your Liberties 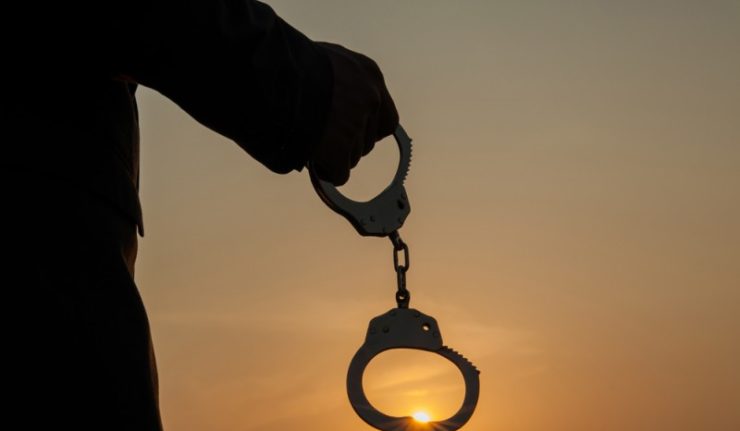 Why the Progressive Income Tax is a Danger to your Liberties

“The moment you abandon… the cardinal principle of exacting from all individuals the same proportion of their income or their property, you are at sea without rudder or compass, and there is no amount of injustice or folly you may not commit.”

At this year’s FreedomFest, I debated Lanny Ebenstein, who teaches philosophy and economics at the University of California at Santa Barbara and is the author of two sympathetic biographies on Milton Friedman and Friedrich Hayek. But Friedman and Hayek must be turning over in their graves to see their biographer now defending and promoting a confiscatory progressive income tax of 70% or more.

I’m always surprised when freedom lovers suddenly go over to the dark side. Other examples include Paul Craig Roberts, a free-market economist who woke up one morning and decided that free trade is bad for the country, and Bruce Bartlett, a former supply-sider who now supports Keynesian policies of high progressive taxation and deficit spending.

In our debate at FreedomFest, Professor Ebenstein argued in favor of progressive taxation on several grounds:

In response, I pointed out that the high 90% marginal tax rates in the 1950s and 1960s did not hinder economic performance in the United States because capitalists and entrepreneurs could take advantage of numerous loopholes in the tax law, such as trusts and generous tax shelters. Most of those loopholes have since been eliminated or sharply curtailed.

Professor J. R. McCulloch’s quotation at the beginning of this column better reflects the concern of classical liberals when it comes to taxation. When you start imposing a progressive income tax, where does it end? There is no limit to confiscatory taxation: 50%, 70%, 90% or even 100%? You are at sea without a rudder, and could cause major damage to economic incentives.

One of the strongest arguments against progressive taxation is that it is an example of the tyranny of the majority — a case of populism. In the name of fairness and ability to pay, the majority of citizens can vote for imposing high taxes on the rich without imposing taxes on themselves. A flat tax, on the other hand, insures that everyone pays their fair share. It is known as the tithing principle.

One of the myths promoted by the graduated income tax proponents is that higher marginal tax rates can reduce the deficit. Not necessarily. High revenues also can tempt Capitol Hill and Uncle Sam to spend more and increase their budget rather than reduce the national debt. In fact, that is precisely what has happened in the past. Taxes goes up, government spends more and the national debt keeps piling up.

I ended my argument by pointing out that the country with the highest economic growth rate in the world during the past 50 years has been Hong Kong, a place that has a flat income tax of 18.5% and no tax on dividends, interest or capital gains.

From the response of the audience, I believe I won the debate.

There were dozens of great debates and panels on investment topics at this year’s FreedomFest. Where to buy the audio CDs for this year’s show? Go to www.miracleofamerica.com or call toll-free 1-866-254-2057. The price of the debate on progressive taxation, as well as other individual sessions, is only $5 per session, or $450 for the entire event (I always buy the CDs and listen to them during the summer months. It is great fun.)

I love the Olympics and always take time to watch, especially the non-professional sporting events such as gymnastics, track & field, archery, handball and water sports. I attended the 1984 Olympics and the 2002 Winter Olympics with my wife and daughter (an ice skater). I’ve even participated in some amateur “Olympics” over the years. In 2000, I organized a one-day track & field competition for my church, and a few years later my family had its own unofficial “Skousen Olympics!” Those events provided great memories.

The United States Olympic Committee (USOC) is a federally chartered nonprofit corporation that does not receive federal financial support, other than for selected Paralympic military programs. The USOC has the exclusive right to use and authorize use of Olympic-related marks, images and terminology in the United States. In turn, the USOC licenses such rights to sponsors to generate revenue to support its mission. Unlike most other nations, the United States does not have a sports ministry.

The two main responsibilities in the USOC’s oversight of the country’s Olympic and Paralympic sports are to produce resources to support its mission of helping American athletes achieve sustained competitive excellence and to use those funds effectively.

That arrangement allows public and private U.S. corporations to become sponsors of the U.S. Olympic Team. The sponsors include Nike, Citibank and General Electric. As in the recent past, NBC is the exclusive television network covering the Olympics and is paying $2 billion for the rights.

Less publicized but inspiring nonetheless are efforts to support U.S. Paralympic athletes. To assist, the USOC launched the U.S. Olympic and Paralympic Foundation in 2013 to increase philanthropic support for Team USA’s athletes and programs, including the Paralympics. The foundation is a separate 501(c)(3) nonprofit organization that has become the primary vehicle to gain philanthropic backing to fund the U.S. athletes. Funds raised by the foundation are transferred to the USOC, which uses the monies to help Team USA on and off the field of play.

The American system shows private free enterprise and charitable giving at their best!

I recommend that you donate to support U.S. Olympians and Paralympians: www.teamusa.org.

This year’s FreedomFest attracted more than 2,100 attendees, and they were not disappointed with keynote speakers Judge Andrew Napolitano, Sens. Rand Paul and Ben Sasse, and former heavyweight boxing champion George Foreman, among many others.

As you will see, the debate was far from finished. So get ready for a second bout.

I will be moderating a new debate on presidential candidates Donald Trump, Hillary Clinton and how the outcome of the November election will affect your freedoms and the economy. It takes place at the San Francisco Money Show THIS MONTH, Tuesday, Aug. 23, at the Marriott Hotel. And get this: there is NO CHARGE to attend.

It will be a no-holds-barred debate, and I’m taking them all on myself. I will ask hard-hitting questions before a “who’s who” of respected FreedomFest speakers who also happen to be adamant Trump supporters: George Gilder, Steve Moore, Art Laffer and Wayne Allyn Root. I call them the Four Horsemen of the Trump Apocalypse.

Me? I’m supporting Gary Johnson, the Libertarian Party candidate, and my bias is certain to show. Let’s see who gets the most tomatoes thrown at the Money Show!

The San Francisco MoneyShow will meet Aug. 23-25, and offer a wide variety of speakers and breakout sessions. FreedomFest attendees and readers of my weekly Skousen CAFÉ column may register for FREE. Just use this link to register for the MoneyShow San Francisco:

I’ve been a regular speaker at the annual San Francisco MoneyShow for almost four decades. I also will be speaking on “Is the Golden Age of Investing Over? Not for This Market-Beating Strategy” and “The SWAN (Sleep Well at Night) Investments: High-Income Stocks that Beat the Market Most of the Time.” For a full list of other top financial speakers, go to www.sanfranciscomoneyshow.com.

You don’t want to miss the fireworks on Tuesday afternoon, starting at 4:15 pm in the San Francisco Marriott Hotel.

But you must register here.

It is only three weeks away, so prepare now to join us. See you in San Francisco!

MoneyShow San Francisco, Aug. 23-25: I look forward to seeing many of you later this month, Aug. 23-25, at the San Francisco Money Show. I am especially interested in confronting the panelists as the moderator on “Politics and Your Portfolio” with Art Laffer, Steve Moore, George Gilder and Wayne Allyn Root — all die-hard Trump supporters. I’ll also be speaking on my SWAN strategy and “Is the Golden Age of Investing Over?” Other speakers include Marilyn Cohen, Kelley Wright (“Dividends Still Don’t Lie”), John Buckingham (The Prudent Speculator), Dave Phillips (estate planning specialist), Michael Murphy and Steven Hochberg (Elliott Wave International). Also attend my joint session with fellow newsletter colleagues Robert Carlson, Doug Fabian and Bryan Perry. To join me at The MoneyShow San Francisco, Marriott Marquis, register free as my guest by calling 1-800-970-4355 (use priority code 041199) or sign up at MarkSkousen.SanFranciscoMoneyShow.com.

In case you missed it, check out my e-letter column from last week about whether the promised “improvment in living standards” by politicians is actually happening. I also invite you to comment in the space provided below.