Investment Psychology May Account for 100% of Your Investing Success 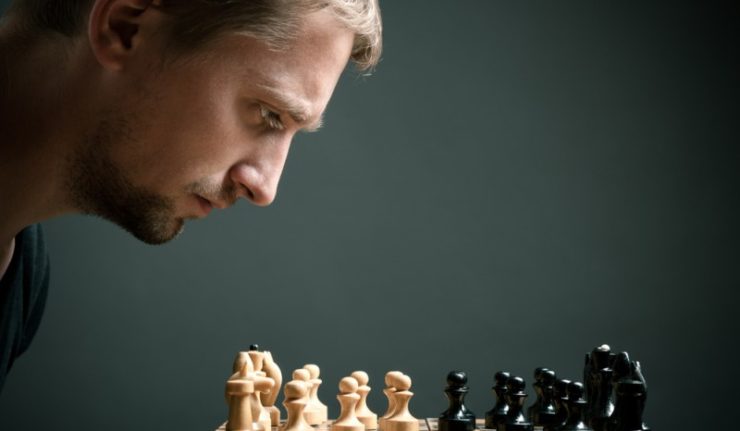 The average investor only wants one thing: the right stock pick, one that will go up forever, starting immediately.

At every investor presentation I have ever given, I’ve always shared with the audience my most valuable observations and strategies. Some of these insights could literally make them millions — or save them from potential financial disaster.

It is only when I highlight a particular stock ticker symbol that members of the audience whip out their pens, and start scribbling furiously.

Here’s the elephant in the room…
I can recommend the right stock, I can suggest that you set the correct exits and I can implore you to take the right position size to match your personal risk appetite. However, none of this matters if you do not have the discipline to implement and to stick with the strategy.

This all comes back to the age-old problem of “investment psychology.”

In fact, I believe psychology is all that matters.

I learned this many years ago from trading coach Van Tharp, who teaches, “Psychology accounts for 100% of your investment success.”

Everything else is just a crutch or a sideshow.

The irony is that up until very recently, mainstream financial theory completely ignored the idea of psychology.

By arguing that investors are perfectly rational, it simply assumed psychology away.

Today, financial textbooks have only begun to nibble at the edges of psychology through the new discipline of behavioral economics.

Then in 2002, Princeton’s Daniel Kahneman (collaborating with Stanford’s late Amos Tversky) earned a Nobel Prize in Economics. Only then did mainstream financial theory even start to consider that homo economicus — the perfectly rational actor assumed in all mainstream economic textbooks –wasn’t quite the fellow he was cracked up to be.

Financial textbooks today burst at the seams with economic theories such as the efficient market hypothesis, the Random Walk and the Capital Asset Pricing Model (CAPM) — the bane of mathematically challenged MBA students across the planet.

However, it took a Nobel Prize in Economics, won by a psychologist who had never taken a single course in economics, to nudge mainstream financial theory away from its logical extreme.

The new science of behavioral economics concedes that the average investor (or any homo sapien for that matter) is far from the perfectly rational actor.

Instead, behavioral finance focuses on how humans perceive particular situations and act on them. In doing so, it uncovered dozens of “irrational” biases, including loss aversion, the framing of a situation and the granddaddy of them all, confirmation bias. Textbooks discuss a slew of others.

What is my favorite example of how “irrational” even the smartest humans can be?

Harry Markowitz, a pioneer of modern portfolio theory and the infamous efficient market frontier, which won him a Nobel Prize in Economics in 1990, did not invest his money using his award-winning idea.

Despite its substantial advances, behavioral economics says little or nothing about what it takes to be a successful investor.
Those questions remain in the realm of investment psychology.

Scan the course catalogs of the major business schools in the world, and you will find novel classes ranging from “Innovation for Humanity” to “The Gig Economy and the New Entrepreneurial Imperative.”

However, I could not find a single business school that teaches a course on investment psychology.

As far as academics are concerned, investment psychology is as worthy of study as is, say, astrology.

What The World’s Top Investors Know

Of course, the top traders in the world know that psychology trumps regurgitating textbook financial models.

Warren Buffett described Ben Graham’s 1949 classic “The Intelligent Investor,” as “by far the best book on investing ever written.”

In particular, Buffett highlighted chapter eight on the manic depressive (and deeply irrational) “Mr. Market” as the single most important thing he ever read.
Many of the leading investors in the world including (the now disgraced) Steven Cohen, one of Wall Street’s top hedge fund managers of the past two decades, employ a full-time trading psychologist.

In the highly competitive world of fast-paced trading, the late Dr. Ari Kiev was for many years a coach to all of Cohen’s top traders.
Trading psychologists even recently made it into the mainstream media. In the television show “Billions,” a lead character is Wendy Rhoades, M.D, a psychiatrist, and in-house performance coach at the fictional Axe Capital.
Top hedge funds employ psychologists in the same way top athletes hire a sports psychologist to help them perform at the highest levels.

It is probably no accident that many of the traders at the leading hedge funds are former athletes who graduated from the world’s top universities.

Apparently, the relentless discipline of athletics is a good signal of the discipline it takes to become a top trader.

So if you want to develop a sustainable an edge in investing your money, invest your time in learning about investment psychology. Both Dr. Van Tharp’s and Dr. Ari Kiev’s books are good places to begin.

I wish you luck on your journey, and don’t forget that my Alpha Investor Letter portfolio picks, including one that has beaten the Dow 11 to 1 over the past 29 years, are there to help. You can check out that amazing, wealth-producing stock by clicking here.

In case you missed it, I encourage you to read my e-letter column from last week on the importance of luck in your financial planning. I also invite you to comment in the space provided below.