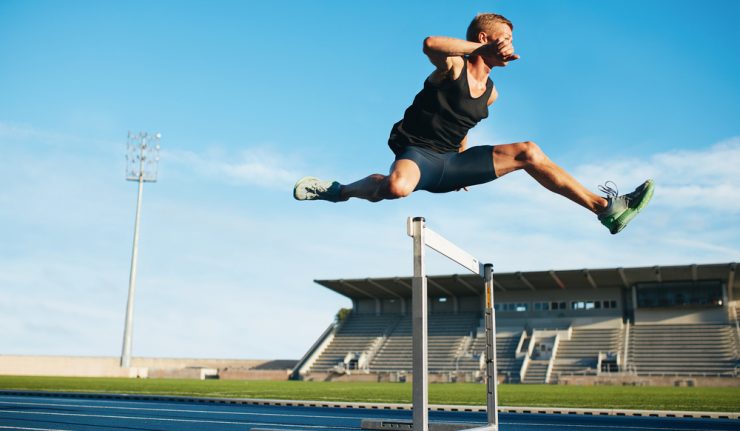 If you are a world-class trader, you should go with your gut.

That is the conclusion of a study published yesterday by former derivatives trader-turned-neuroscientist John Coates.

After years of focusing on algorithmic trading, researchers like Coates are now examining how some human traders are consistently able to outperform the market.

Coates’ latest research found that top traders who follow their hunches make more money and last longer in the business than those who ignore them.

From his perch as a researcher at Cambridge University, Coates examined the physiology of 18 male high-frequency traders working at a major London hedge fund.

High-frequency traders enter and exit positions quickly, with a holding period between a few seconds to a few hours.

Traders and a control group were asked to count their heartbeats, without feeling any pulse points, over irregular periods of time.

Top traders guessed their heartbeat 78.2% of the time, compared with 66.9% for a control group.

The results show risk-takers, who estimated their heart rates with higher accuracy — a test for the inward-looking sense called interoception — were more profitable than traders who evaluated poorly.

Also, the longer the subjects of the study had been working, the more accurate they were. Traders with less than four years of experience scored 68.7%, while those who had been working at least eight years scored 85.3%. Those who were low on interoception were naturally weeded out over time.

Finally, the fitter the trader, the better his ability to detect his heartbeat. A lower body mass index and lower resting heart rate also correlated highly with better interoception.

All this might sound like obscure, pointy-headed academic research — that is, if it did not mesh with what you see among the very best of traders in the real world.

The role of instinct has been long discussed in trading circles — though not so much in the polite company of academic finance.

One of my favorite quotes ever from Robert Soros, George Soros’ son, is revealing:

“My father will sit down and give you theories to explain why he does this or that… but I remember seeing it as a kid and thinking, ‘Jesus Christ, at least half of this is bullshit.‘

I mean, you know [that] the reason he changes his position on the market or whatever is because his back starts killing him. It has nothing to do with reason. He literally goes into a spasm and it is his early warning sign.”

The elder Soros has often said that he relies greatly on “animal instincts” in his trading. As he has written, the onset of acute pain was often “a signal that there was something wrong in my portfolio.”

George Soros’ most important decisions were made largely by instinct — a factor that does not exist in Nobel Prize-winning modern financial theory.

As Coates also said of himself: “When I was identifying a good trade, I just knew when it was going to work, there was something different about that train of thought. I wondered what that something extra was, and now I’ve got a pretty good idea.”

The Secrets of Top Traders

Coates’ results confirm his more general contention made in his previous research that the body and mind are intimately intertwined.

Coates, in his earlier research, found that having a ring finger longer than your index finger — evidence of high testosterone levels — correlates with profitable trading.

So, to maximize your chance of success at high-frequency trading, you should come wired the right way out of the box, you should train properly and you should stay in shape.

In short, you have be much like a top athlete.

Why You Shouldn’t Bother

Much like top athletes, top traders are born with a particular talent.

Moreover, like top athletes, top traders have to be coached, and must stay in shape to play at the top of their game.

In some ways, top traders have it even tougher. A top athlete has to peak for a race or even a season. Many get out of shape in the off-season.

In the trader’s sport, there is never an off-season.

Top traders have to be at the top of their game all the time.

Try to mimic this style of trading on your own, and you are likely well on your way to the poorhouse.

Leave high-frequency trading to the highly trained professionals of the world.
P.S. If you want seasoned investment guidance to heighten your returns, consider subscribing to my Alpha Investor Letter. One of the recommendations in my investment newsletter has outperformed the Dow 11 to 1 during the last 29 years. The company’s shares have gained 8,340% during that time for an average annual return of almost 17.5%. Click here to discover why this company’s average gains have soared to 27% over the last five years, and how to invest in it.

In case you missed it, I encourage you to read my e-letter column from last week about the key role of robots in the future of surgery. This article, and many other past The Global Guru columns, can be found on StockInvestor.com, which is the new home of Eagle Daily Investor. I invite you to bookmark the site and follow it on Facebook and Twitter.