Can you Profit from the Economic Freedom Index? 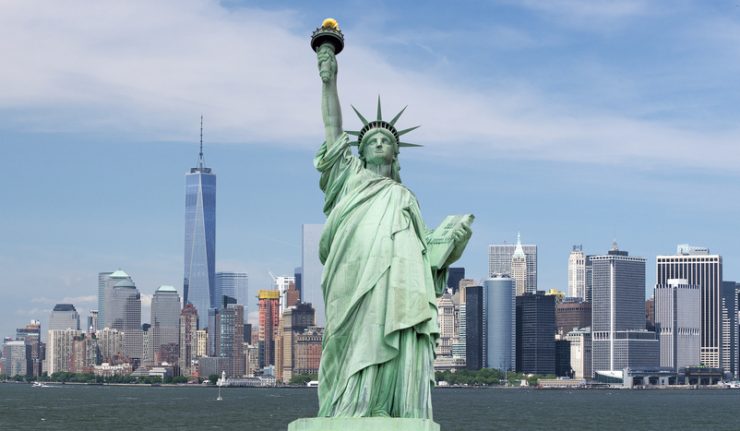 At this year’s Mont Pelerin Society meeting in Miami, where political and economic thinkers gather from around the world, we talked about the fabled economic freedom index that was started by Milton Friedman and other founders of the MPS. Two indexes are published, one by the Fraser Institute in Canada, and the other by the Heritage Foundation in the United States.

What can we learn?  First, there’s a direct relationship between economic freedom and economic growth and a higher standard of living. The more freedom, the more per capita income — it’s that simple. See the following chart to confirm this: 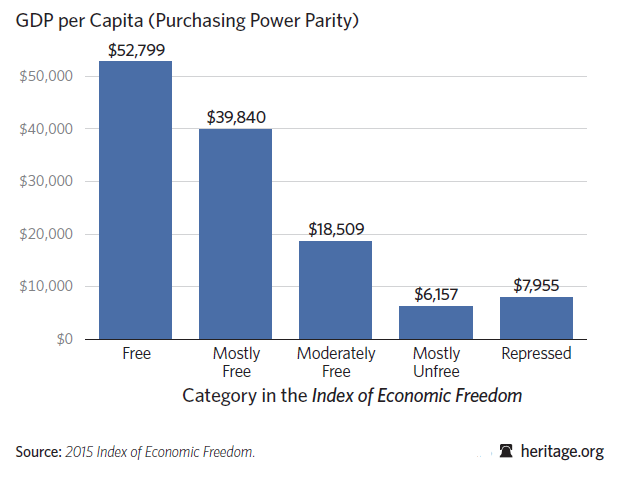 In general, countries with more economic freedom tend to have rising stock markets. But not always. Japan has a relatively free economy, but its Nikkei Index has been sluggish for 20 years now. The United States has been declining in its economic freedom, and is now ranked #12, yet its stock market continues to rise.

Money managers have tried to create mutual funds that invest according to the economic freedom index. However, the figures that constitute the index are usually 2-3 years old, and therefore lack information about the level of economic freedom today. Moreover, the key to making money in stocks is to anticipate the future of the markets and a nation’s economy. By the time the data comes out about a shift in a country’s economic freedom index, the markets have probably already responded to the new situation. 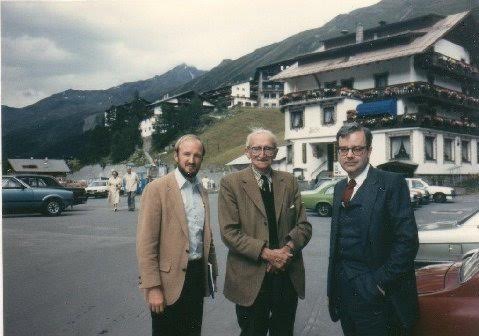 Mark Skousen and Gary North meet Friedrich Hayek, one of the founders of the Mont Pelerin Society, at his summer apartment in the Austrian Alps (1985).

Here at the Mont Pelerin Society meetings, I met Marshall Stocker, money manager of Eaton Vance’s Global Macro Capital Opportunities Fund (EICOX). Stocker uses a top-down country approach to invest in companies that reflect favorable changes in economic freedom. The fund has been in existence for only two years, and focuses primarily in emerging markets. It has lost money for the first two years, and slightly underperformed the emerging markets index — so the jury is still out to see if the fund can profit from the economic freedom index.

In case you missed it, I encourage you to read my e-letter column from last week about whether a reverse mortgage could work for you. This article, and many other past Investor CAFE columns, can be found on StockInvestor.com, new home of Eagle Daily Investor. I invite you to bookmark the site and follow it on Facebook and Twitter.

You Blew It! Should We Be Optimists or Pessimists?

The battleground is set between the optimists and the pessimists. Many doom-and-gloomers think we are headed for Armageddon, no matter whether Hillary Clinton or Donald Trump gets elected.

It’s popular now to quote from William Butler Yeats (1865-1939) and his famous poem, “The Second Coming.” The first verse reflects pessimism about the future, “things fall apart; the center cannot hold.” Here is the first verse.

Turning and turning in the widening gyre

The falcon cannot hear the falconer;

Mere anarchy is loosed upon the world,

The blood-dimmed tide is loosed, and everywhere

The ceremony of innocence is drowned;

The best lack all conviction, while the worst

Are full of passionate intensity.

Here at the Mont Pelerin Society meetings in Miami, Jose Pinera, the former Chilean labor secretary who is known as the father of pension privatization, countered this dim outlook with the final verses of Alfred Lord Tennyson’s great poem, “Ulysses,” which gives an upbeat view of the future. Here it is:

‘T is not too late to seek a newer world.

Push off, and sitting well in order smite

The sounding furrows; for my purpose holds

To sail beyond the sunset, and the baths

Of all the western stars, until I die.

It may be that the gulfs will wash us down:

It may be we shall touch the Happy Isles,

And see the great Achilles, whom we knew.

Tho’ much is taken, much abides; and tho’

We are not now that strength which in old days

Moved earth and heaven, that which we are, we are;

One equal temper of heroic hearts,

Made weak by time and fate, but strong in will

To strive, to seek, to find, and not to yield.

Let’s hope Alfred Lord Tennyson’s poem turns out to be right. “Tho’ much is taken, much abides.”

After FreedomFest, we’re going to be celebrating our 10th anniversary with a spectacular cruise up the fabled blue Danube River to the birthplace of the founders of the Austrian school of economics. The dates are Sept. 24-Oct. 1. It is a year from now, but these river cruises are very popular and you need to book now (already eight cabins in our group have been sold!).

Please join us as we experience the beautiful, historic destinations along the Danube River, including Budapest, Bratislava, Vienna, the Wachau Valley, Linz and Salzburg, all while sailing in luxury aboard Uniworld’s river super ship, the S.S. Maria Theresa, during the 300th anniversary of her namesake’s birth. Uniworld was ranked the #1 river cruise line in 2016. You will enjoy history, art, architecture, music, exquisite food and wine, and the best of both Eastern and Western European culture, with my wife Jo Ann serving as a tour guide. (You will love her unique perspective on European art and music.)

Don’t settle for a European cruise substitute! There are plenty of river cruises to choose but ours is unique. We personally have designed this tour to highlight what no other cruise is doing — focusing on the great Austrian school of economic thinkers — such as Ludwig von Mises, Friedrich Hayek, Joseph Schumpeter and management guru Peter Drucker.

I’ve written a whole book on the subject, “A Viennese Waltz Down Wall Street: Austrian Economics for Investors” — and I’ll be giving an autographed copy of this book to every person who signs up for the cruise. I’ll also be giving several lectures on the weeklong tour on how to apply the Austrian theory of the business cycle today. I also will be speaking on “How to be Your Own International Private Investor without Getting into Trouble.”

Included in our weeklong river cruise is a special two-day seminar and tour in Vienna, Austria, to include renowned experts in academia, politics and finance in Austrian economics. The highlight will be a special Mises/Hayek walking tour led by me, Barbara Kolm, president of the Hayek Institute, and Hayek’s own great grandnephew, Dr. Richard Zundritsch. He has a Ph.D. from the University of Vienna and is an independent financial advisor based in Switzerland and specializes in capital markets, wealth management, succession planning and venture capital. He will be joined by Daniel Zurbruegg, founder and managing partner of Swiss Infinity Global Investments, and David T. Phillips, my favorite expert in tax and estate planning, who will speak on “What Every Investor Should Know about Taxes, the IRS, and Investing Abroad.” We also will visit two private Austrian banks.

To save your money and get the best deal, we’ve partnered with the Money Show for this cruise. The Money Show was able to get us a 10% discount off Uniworld’s fees! The all-inclusive price, including all amenities, gratuities, financial summit, special tours, and taxes, is as low as $4,549 (per person, double occupancy). You only have to pay your airfare and, after that, everything is taken care of.

This is an opportunity of a lifetime. We have hosted numerous cruises over the years, and some of our very best friendships have been forged as we travel. We hope you’ll be numbered among those satisfied participants. Read this four-color brochure with all the details, and make your plans today to be part of this unforgettable experience.

To guarantee you a spot on our special Danube River cruise, you need to make a $300 deposit. To make a reservation, please call the Money Show toll-free at 1-844-225-5838. We will mail you our four-color brochure and an autographed copy of my book “A Viennese Waltz Down Wall Street.”

One of the current favorites of the Alpha Algorithm is social media giant Facebook, Inc. (FB), a stock that you already have held and were stopped out of on Sept. 8 at $129.90 for a 10.05% gain. I am recommending that you re-enter this position. Founded in 2004 and headquartered in Menlo Park, California, Facebook, Inc. operates the world’s largest social networking site, with over one billion daily active users. Its solutions include Instagram, Messenger, WhatsApp