What Do Clinton, Trump and a German Bank Have in Common? 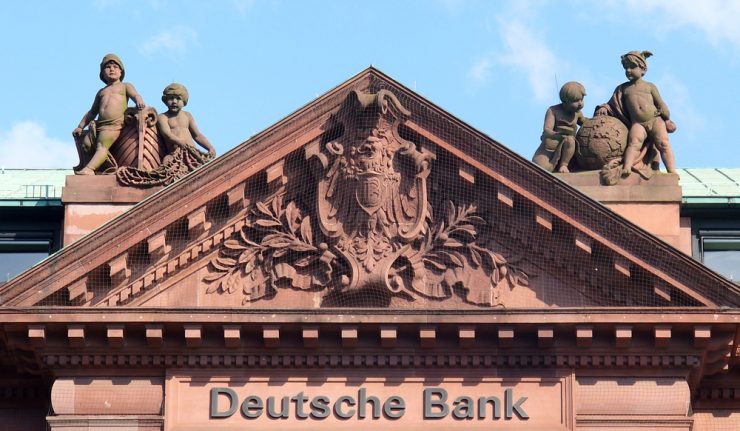 I’ve been covering the markets for a very long time. In fact, it has been about four decades since I started in this business. Yet despite that much time having gone past, every week I get a sense of surprise over what has happened — and what the causes are of the back and forth in asset prices.

This week, all eyes were on the presidential election and the first debate between Hillary Clinton and Donald Trump. Now, the surprise to me wasn’t the verbal fireworks between the two candidates. I actually expected that. What is a surprise to me is that the polls between the two haven’t really moved much since Monday’s contest.

While most polls show Clinton with a slight lead, that lead has tightened up substantially over the past couple of weeks, particularly in the crucial swing states. Now, this is not a political assessment, but rather a market assessment only.

The fact is that Wall Street wants things to stay as they are. It wants the “status quo,” and that means Wall Street prefers a Clinton win.

Let’s face it, Clinton is the ultimate “status quo” candidate, while Trump is perhaps the ultimate wild horse. It’s tough to predict which way an unbroken, wild stallion will run, and it takes a lot to handle one. Wall Street would rather just handle the mare that it has already broken, and that is Hillary Clinton.

The thing to watch here is that if the polls do continue to tighten up, that will put an uncertainty bid in on stocks, and that will continue to cause equity market volatility. That volatility likely will be with us for the next five weeks leading up to Election Day, so consider yourself warned. The stock went on a rollercoaster ride this week, plunging sharply amid investor fears of a Lehman Brothers-like meltdown in the fourth-largest European bank. The reason for the big slide in DB shares early in the week was a combination of poor capital ratios (the worst among European banks) and fear that DB might need a government bailout to survive a recent $14 billion fine levied by the U.S. Justice Department for its mortgage lending activities during the housing bubble. Then there was word that German officials were not prepared to help DB with any bailout. That fear provoked memories of 2008, when Bear Stearns and Lehman Brothers went under due to bad loans and no bailouts.

Today, however, DB shares surged some 15% after DB CEO John Cryan sent a letter to employees, and the world, reassuring all that the company was in good fiscal shape. That letter also was reminiscent of 2008, when financial firm CEOs were racing to reassure investors.

Furthermore, there were rumors that the Justice Department was willing to negotiate down that $14 billion penalty, which is perhaps the bigger reason why DB shares surged.

The bottom line actually is the answer to our headline question: What do Clinton, Trump and a German bank have in common? The answer, of course, is that they all moved markets this week.

Now if we could only get back to a market where earnings and economic data mattered more… but alas, those “good old days” are likely long gone.

If you want to know how to be ready for whatever uncertainties — political, economic, exogenous, etc. — this market throws our way, then my Successful ETF Investing advisory service is aimed directly at you.

Many of the companies held by EEMV are large- and mid-capitalization equities. However, EEMV has an investment objective that distinguishes it from its peers by investing in emerging market equities that exhibit less aggregate volatility than broader emerging equity markets.

As a result of its focus on reducing volatility, EEMV historically has declined less than the market during stock market downturns. A comparison of EEMV’s performance versus the general Emerging Markets Index can be viewed here. View the current price, volume, performance and top 10 holdings of EEMV at ETFU.com.

Fear of a Bond Bubble

When it comes to talk of a market “bubble,” it’s not equities that are the real worry among the smart money.

Sure, stocks in the Dow, S&P 500 and NASDAQ Composite all are trading near their all-time highs, but despite the lofty values you don’t really get the sense that stocks feel “bubble” like.

The real worry for a bubble is in the much bigger bond market.

Indeed, we’ve been hearing for years now about a possible bubble bursting in the bond market, and, in particular, the U.S. Treasury bond market. The reason why actually is quite simple, and it has a lot to do with central banks and interest rates.

During the past several years, ever since the “Great Recession” started in about 2009, we’ve seen central banks around the globe go into hyper-easing mode. That’s made long-term Treasury and other government bonds attractive despite the pitifully low yield they pay.

Yet this time it could be different for bonds, as the Federal Reserve is looking as though it will hike interest rates at least once this year.

While no rate hike was delivered this week at the Federal Open Market Committee (FOMC) meeting, there is a strong possibility of a rate hike in December. Such a hike likely would cause bond prices to fall and bond yields to rise, and that is what so many bond bubble theorists are afraid will trigger the beginning of an exodus from the bond market such that the bond prices will continue falling and bond yields will continue rising.

That could cause a bursting of the bond bubble, and that’s, in part, the theory of a lot of really smart bond fund managers, including Jeffrey Gundlach of DoubleLine Capital.

As we mentioned last week, Gundlach recently said that this is “a big, big moment,” for markets, predicting that “interest rates have bottomed.”

On the Virtue of Fear

“Fear doesn’t shut you down; it wakes you up.”

The author of the “Divergent” series of dystopian novels tells us here that, rather than shutting us down, fear can be a powerful motivator to wake us up and get us to take action in the face of adversity. The next time you are in a fearful situation, allow that fear to wake up your senses. I suspect you’ll feel a heightened sense of life in the process.

In case you missed it, I encourage you to read my e-letter column from last week about the brief calm the market experienced in the wake of the September Fed meeting. 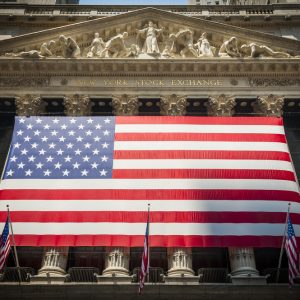 Buying and Selling Shares in the Electronic Age

The mechanics of the stock market have changed over the years, including the essentials of buying and selling. Electronic-age securities work differently from their past counterparts.