How the Nevada State Pension Fund is Embarrassing Harvard 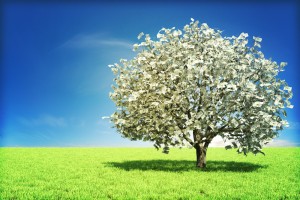 This past weekend, I attended a gala reception for more than 500 European Harvard University alumni who gathered in the impressively refurbished main hall of the Deutsches Historisches Museum (German Historical Museum) in Berlin.

Harvard’s President Drew Faust regaled alumni with self-congratulatory statistics on how the university is spending the fruits of its current $6.5 billion fundraising campaign by refurbishing undergraduate housing and getting Harvard’s science and engineering departments up to snuff.

Yet, there was other news from Cambridge, Massachusetts, that President Faust ignored in her polished plea to well-heeled alums in Berlin.

And that was the embarrassing performance of the Harvard endowment over the past decade.

Sure, a big chunk of the most recent drop stemmed from the Harvard endowment forking over $1.7 billion to the university itself — a roughly 30% subsidy to its annual operating budget.

However, of greater concern to Harvard alumni is that the university endowment’s investment returns over the past 12 months ended June 30 were a negative 2%.

That (yet again) trailed traditional rival Yale University, which eked out a 3.4% gain.

Harvard’s Endowment: A State of Crisis

So why has the Harvard endowment performed so poorly?

Some of 2016’s poor performance may be due to bad luck. After a volatile start to the 2016 fiscal year, Harvard’s portfolio of publicly traded stocks lost 10.2% through June 2016. Throw in a couple of unfortunate blow-ups in Latin America, and voila! The Harvard endowment recorded its first annual loss since 2008.

Still, concern about Harvard’s poor investment performance is about more than just a single unlucky year.

Over the past decade, the Harvard endowment has generated an average gain of just 5.7%. Harvard’s five-year track record of 5.9% puts it at the back of the class among its Ivy League rivals, just ahead of Cornell University.

Not that Harvard has ignored its investment travails.

And it’s not as if the largest university endowment in the world has lacked for investment talent. The Harvard Management Company’s staff is chock full of former Goldman Sachs partners and other highly compensated Wall Street professionals.

Nor have the former “Masters of the Universe” been shy about writing themselves big checks for huge salaries and bonuses. Ex-CEO Jane Mendillo earned $13.8 million in 2014. Other top traders at Harvard have made as much as $30 million in a single year.

How Nevada is Embarrassing Harvard

Carson City, Nevada, is a long way from Cambridge, Massachusetts.

That’s where Steve Edmundson manages the Nevada State Pension fund — which, at $35 billion, is roughly the same size as the Harvard endowment.

But that’s just about where the similarities between Nevada and Harvard end.

The University of Nevada, Reno alumnus works with no other internal investment staff.

Do as little as possible — usually nothing. And invest exclusively in low-cost, passive investment vehicles.

Second, Edmundson earns an annual salary of $127,121.75. That’s a long way from the multi-million-dollar pay packages collected by top portfolio managers at Harvard. Ironically, his salary also matches just about exactly the $126,379 salary of an Assistant Professor at Harvard — typically a 27-year-old academic who has just completed her Ph.D.

Third, and perhaps most astonishingly, the Nevada State Pension Fund’s investment track record soundly beats the Harvard endowment over the past decade.

While Harvard returned 5.7% annually over the last 10 years, the Nevada State Pension fund has generated annual returns of 6.2% over the same period.

Over the most recent five years, Nevada has extended its lead over Harvard, returning 7.7% per annum, while Harvard has stagnated at 5.9%. That annual outperformance of 1.8% per year feels like the difference between a journeyman .270 hitter in baseball versus a .320 batting All-Star.

As it turns out, Nevada is also beating the returns of the nation’s largest public pension fund, the California Public Employees’ Retirement System, also known as Calpers. Nevada’s investment returns have beaten Calpers over one-year, three-year, five-year and 10-year periods.

Sure, Calpers is a different beast, managing upwards $300 billion in assets.

But it also has a staff of 2,636 employees to generate its returns.

In contrast, Edmundson is essentially a one-man band.

What is to Be Done?

So does Nevada’s outperformance of the Harvard endowment mean Harvard should abandon the famous “Yale model” of endowment investing with its eye-popping allocations to alternative asset classes such as private equity, venture capital and hedge funds?

Put another way, should Harvard mimic the Nevada State Pension fund’s success, fire the bulk of its investment staff and only invest in low-cost index funds?

Although this radical strategy would likely improve Harvard’s investment performance over the short term, the answer remains “probably not.”

Over the past 10 years, Yale has generated an annualized return of 8.1% on its endowment with a staff of about 25 investment professionals. So the Yale endowment outperformed Nevada by 1.9% over the past decade. And it achieved this by staying true to Yale endowment head David Swensen’s original “Yale model.”

So, the “Yale model” itself is not broken.

Instead, it is Harvard’s investment team that has tripped over itself for the better part of the past decade.

Yale’s endowment has grown by close to 13% since 2007. Stanford’s endowment has soared by 31% during the same time. Meanwhile, Harvard has been running hard just to stay in place, barely eking out a 2.3% gain.

It is time for Harvard’s “Masters of the Universe” to get their act together.

P.S. If you want to profit from the stock recommendations gleaned from the top-performing investment strategies, subscribe to my trading service, the Alpha Algorithm. Click here to learn how Alpha Algorithm can help you.

In case you missed it, I encourage you to read my e-letter column from last week about investing with the “wisdom of crowds.”.